I’m a little overweight – just a little you understand – and, so I’m told, perhaps even a touch lazy. So when a group of friends suggested I join them on a cycling holiday my first reaction was surprised laughter, followed by mild fear. A few drinks later and a little more information and I was keen and raring to go on the basis that we were going to do, so I was told, the “easiest cycling holiday in the world”. And just this once my friends weren’t lying.

Cycling holidays in the Netherlands are not something too many people have contemplated, possibly for the same reason mountain climbing in the Maldives isn’t popular – it’s pretty darn flat. For some masochistic sorts pedaling up a steep incline may be fun, but it’s not for me. And so a cycling holiday in the famously flat Holland seemed just about ideal. When I learned I could even take my bike on trains for much of the route I think I may have let out a little whoop (of excitement or relief, I cannot say).

However, a cycling holiday in the home of windmills and tulips has more to just offer than being easy. But before we look at those things, let me just point out a few other major factors that make it absolutely ideal for newcomers to this world, and also make it an attractive proposition for those with children. 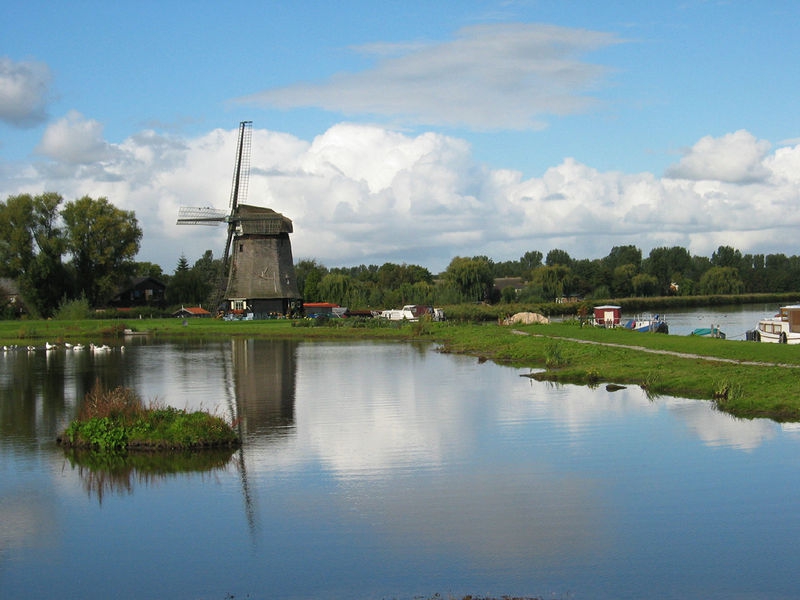 First, there is the language barrier, or should I say, first, there isn’t the language barrier. Whilst cycling through the French Alps no doubt offers many positive things that a trip to Holland doesn’t, it also offers some serious downsides. Unless you speak French then your interactions with the locals are going to be limited at best and brusque, bordering on rude, at worst (my heartfelt attempts to speak un petit peu francais have invariably been met with a nonchalant shrug). In contrast, the people living in Alkmaar, Edam or just about anywhere else in the Netherlands will welcome you with superb English and a warm smile.

Whilst that may make some feel a little embarrassed – rightly or wrongly – at their own linguistic inadequacies, I’m just happy to be able to chat with people, see what their life is like and maybe even have a bit of banter with local cyclists (though perhaps not a race).

Another great thing about cycling here is that there is mile after mile of purpose-built cycle ways in addition to some of the safest roads in the world. For those accustomed to being treated as second class citizens on the busy, polluted roads of the UK that will come as a very pleasant surprise whilst those with kids will certainly feel a lot more relaxed. 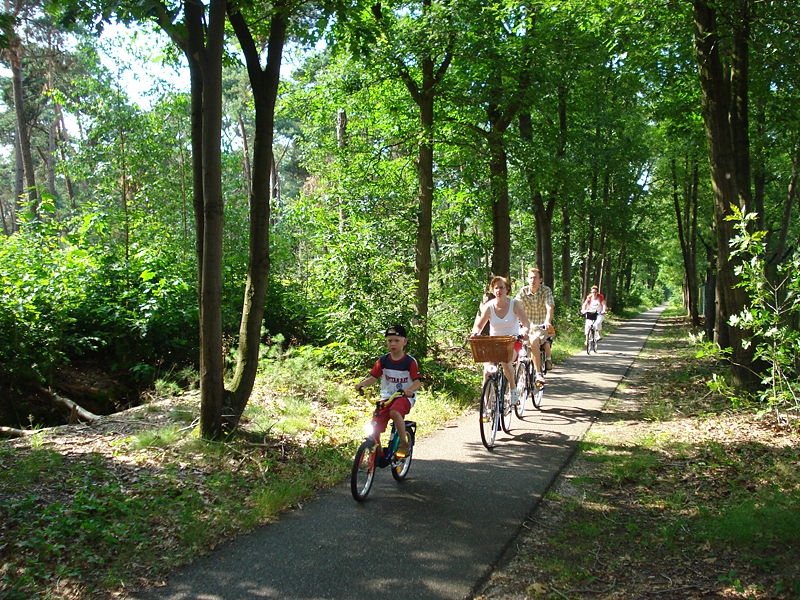 Relaxation is central to most holidays and whilst it comes in many different forms, from sitting on a beach doing nothing to white knuckle adventures and exploring new cities to roaming the countryside, there is no doubt that not having to stress about the little things makes enjoying the main elements of your trip a lot easier.

And so it was that whilst cycling through the Zuid Kennemerland National Park I was fully immersed in the serenity of the Corsican black pines and the dappled light, rather than watching out for cars or worrying that I might have inadvertently offended the waiter with a mispronunciation at lunch.

We did a circular route starting and finishing in Haarlem, about 12 miles West of Amsterdam. Haarlem itself is well worth exploring, with its rich medieval history, fine buildings and abundant fields of tulips. However, despite the relatively small distances we were covering (around 20 miles per day) we didn’t have time to linger. 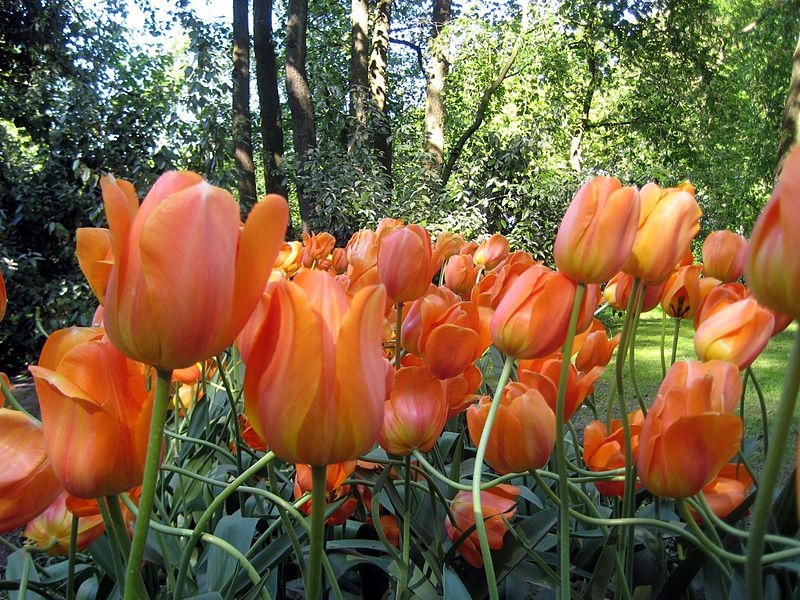 In Alkmaar we visited the splendid cathedral, the magnificent cheese market and generally enjoyed the ambiance of the cobbled streets and quiet canals. There was more cheese, of course, in Edam, as well as the remains of a fort and again we took pleasure simply from the relaxed, slow pace of life. From here we headed to Amsterdam, with its myriad world class attractions, from galleries to restaurants and eclectic nightlife before heading back once more to Alkmaar. 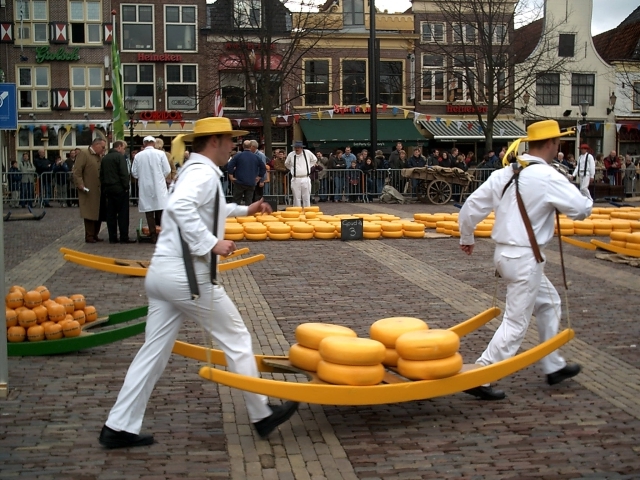 We took 10 days for the entire trip which left plenty of time to properly explore each area and enough time to incorporate some rest and beer stops. You could easily stretch out such a cycling holiday to two weeks and not get bored. After all, who could bore of charming villages, captivating fields of tulips, lilies and poppies, ancient castles and forts and stupendous cheeses and beers? Oh, and did I mention there aren’t any hills?