With the holidays over and done with, the travel world is in a bit of a lull, as January tends to be one of the slower times of the year as far as trips are concerned. This is especially true in Europe, as most wait until the summer to explore one of the world’s most culturally and naturally rich continents.

This lack of activity makes for deep discounts though, and there is no better example of this then the 2015 Corinthia Hotels sale. This luxury hotelier is offering 50% off all of its European properties (except for London, which is currently offering three nights for the price of two), making now an excellent time to take advantage of the lack of crowds across the pond until March 31st.

Below, we profile three destinations that we think you’ll love, especially considering the fancy digs you’ll be returning to at night… 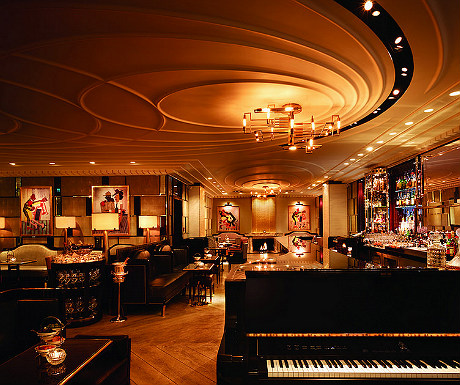 London – one of the world’s most timeless cities

London has been a center of global importance for many centuries, possessing world-class cultural and financial institutions that underlie its significance to the present day. Whether you are here for work or on a holiday, you’ll want a luxurious base in which to unwind after a long day of deal making or sightseeing.

While the recent Christmas season may have weighed on your finances somewhat, Corinthia Hotel London has instituted a sale that will allow you to enjoy its fine amenities for less. For every three nights you stay, you only pay for two nights, making features such as the bathtub in your room with a built-in LED TV and access to the world class EPSA Life Spa all the more sweeter when you indulge in them.

Home to a wide variety of museums, opera houses, theaters, as well as scores of thermal baths, Budapest is fast becoming a popular destination in Central Europe for those that tire of what the west has to offer.

The Corinthia Hotel Budapest is the perfect place to situate yourself while visiting the capital of Hungary, as it boasts unforgettable views from all suites, a selection of cuisines at its two on-site restaurants, and all the facilities needed to ease you into a state of relaxation at the Royal Spa. Not bad for 50% off, eh?

Malta – the ageless sentry of the Mediterranean

The last year or two has seen the emergence of the tiny island nation of Malta, which sits in the Mediterranean Sea between Sicily and North Africa. Serving as a strategic holding for empires dating back to prehistoric times, its diversity of ancient ruins and architecture styles from numerous eras mesh with its naturally outstanding surroundings to make a destination that has only recently begun to be noticed by the travel media.

Corinthia Hotels has two properties here that are both half off in its annual sale, with one being located at St. George’s Bay and the other across from the Presidential Palace in San Anton. Corinthia Hotel St. George’s Bay has a stunning view of the body of water from which it takes its name, with an expansive pool area that will allow you to soak in the sun and the scenery that lies before you, while the Corinthia Palace Hotel and Spa sits within a stately property made of finely carved stone amidst lush greenery. Both properties offer access to an exclusive lounge to those staying in suites, which offers the very best in service to its guests.

Don’t Let Age Hold You Back When Planning a Gap Year
5 Things to Consider Before Making Hotel Reservations
Top 5 Best Restaurants in San Sebastian for foodies!