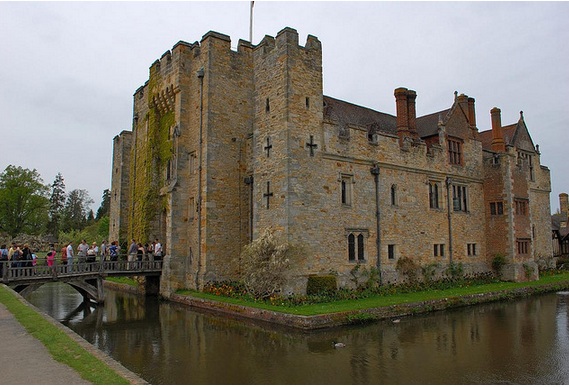 London is one of the most thriving and culturally active cities in the world. It’s a hub of activity and features so much to do that no one could ever possibly find themselves sitting around and watching the day go by. From visiting the magnificent architecture of Westminster and St. Paul’s to the London Zoo, the London Eye or getting your hands on some cheap Phantom Of The Opera Tickets, there is never a dull moment to be had in the UK capital. Yet, for those seeking a fresh experience, something a little different, London is home to more than meets the eye.

Whilst it’s hardly New York, there is a little-known jazz house named Ronnie Scott’s Jazz Club down in Soho. Hardly renowned for its traditions in jazz music, London’s larger and more prevalent streets keep this quaint little location in the backdrop but it depicts the city’s diverse range of culture. The same can be said for Greenwich Market, overshadowed by its bigger brothers set in Covent Garden and Notting Hill. Featuring a range of foods from around the globe, it’s an absolute must for tourists in East London.
The Florence Nightingale Museum, set in the shadow of Big Ben, is another unknown gem which London plays host to. It lies open to the public ever day of the week and has undergone several refurbishments in recent years; displaying the life of one of history’s greatest figures, it’s a quirky and traditionally relevant part of London.

For those looking to get away from the bustling streets, the county of Kent, which is directly below the city, features some wonderful scenery and is aptly nicknamed the ‘Garden of England’. Hever Castle is a particular attraction and was the childhood home of Anne Boleyn. The grounds are set away from any large towns and feature services for guests of all ages. Elsewhere there is Henley, a town to the West of London in Oxfordshire which is famed for the Henley Regatta, an annual boating race festival.

Some of London’s pubs have significant historical backgrounds and the Anchor Bankside pub in London Bridge is one such example. Dating back to the 1600s, the pub played regular host to famed writer Samuel Pepys. Also, The Blind Beggar, once associated with the gangsters who roamed the streets of London such as the Krays, is a renowned location and an almost unheard of tourist hotspot.

Whilst London is associated with a fast-paced and vibrant atmosphere, Osterley Park and House goes against that renowned mould and creates its own laid-back, reserved atmosphere for visitors. As one of the last remaining countryside havens within the city’s limits, it’s not particularly popular with those visiting the main hub of the energetic city, but it is a beautiful little location, set back from city life and it’s a perfect place to visit if you’re tired of some of the larger parks such as Hyde and St. James’s.

Get Your Kicks in Britain. No, Really!
Tourist Attractions in Palma, Majorca!
European luxury for less, courtesy of Corinthia Hotels