England. You know England, right? They call it Ing-er-lund but they’re wrong. It’s England. Jeez, any idiot can see that. How can you mispronounce your own name anyway?

England is a sheep-filled bucolic place with eccentric customs where they apologise for everything a lot (like, all of the time), a bizarre number of (bad) tattoos, a crippling obsession with social class, a fondness for life’s absurdities (absurdities like, you know, the English), bad teeth, worse food, even worse weather and drinking tea approximately 15 times a day.

They also have a current Prime Minister who alternatively looks like a fish stuck in a pink condom, or a camp C-P30 impersonator made of fatty ham or children’s TV character Iggle Piggle.

But England is not just all of that. No! England can actually be a really fun place for backpackers to visit. Yes, it’s more expensive if you’re doing a Euro-trip than somewhere like, er, Turkey, but it’s not as expensive as the Scandinavian axis of bank-drainers. Plus it’s more interesting, I would say.

Most people hit up the regular spots when they go to England; the Oxfords, the Cambridges, the Baths, the Stonehenges, the Stratford-upon-Avons, and, natch, the Londons. But here we suggest 5 other places you should think strongly about visiting when you arrive, mate. 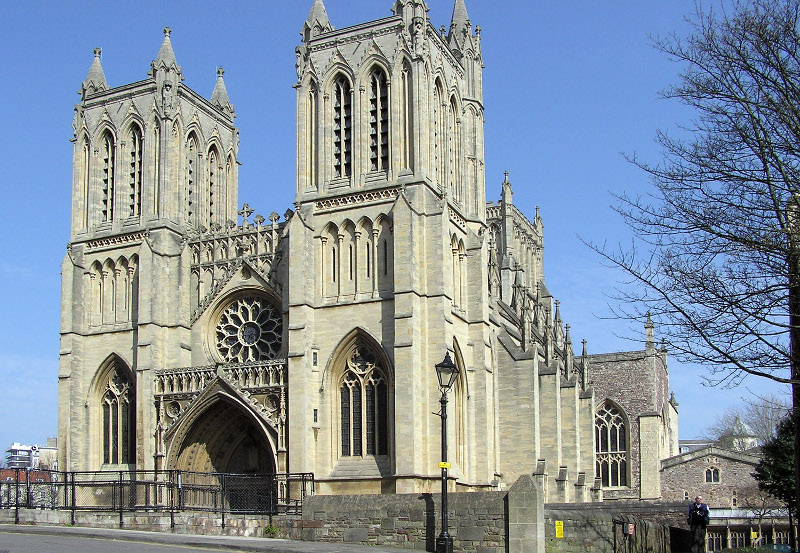 Bristol is cool. Probably cooler than you anyway. You’ll know Bristol’s rich musical and esoteric musical heritage with artists like Massive Attack, Portishead, Roni Size and Tricky coming from scenes like trip-hop and drum’n’bass. Recently Bristol has been known for the key role it has played in the predominance of dubstep throughout the world. That other world famous brand of culture Banksy also comes from the city and his art adorns many of the nooks and crannies throughout the place.

As you may then expect, Bristol is extremely rich culturally with a booming and well spread nightlife scene, a passionate local crowd and an array of bars, cafes and clubs to suit all tastes.

On top of this, in areas like Clifton, Bristol also offers some stunning; Georgian architecture to take in as well as the magnificent views around the Clifton Suspension Bridge built by key Englishman Isambard Kingdom Brunel. Good name, that, dontcha think? 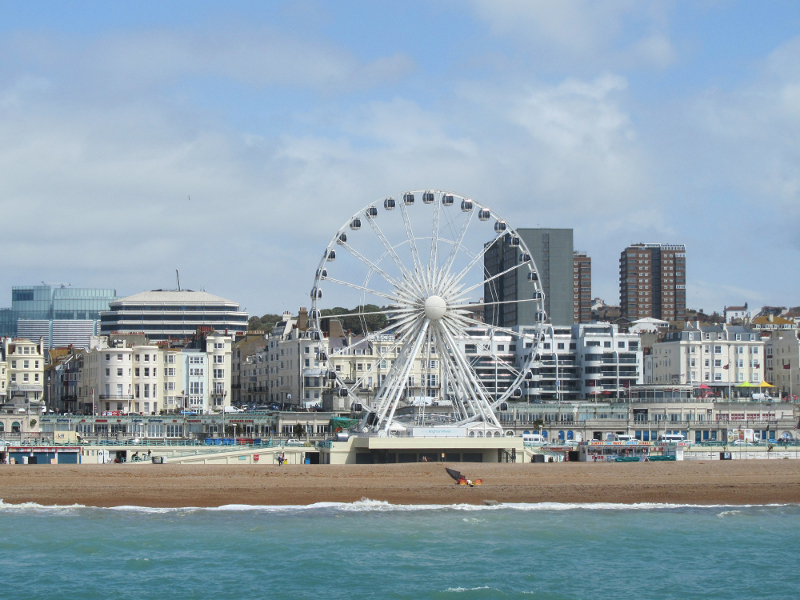 Brighton is also cool. Brighton is where the hipsters from London flee to seek a little solace and a little marine air from the Big Smoke. As a result, it’s a little like London-on-Sea sometimes. But there is a genuine vibe there.

Go check out the Lanes area and pick up some antiques or retro bargains. Enjoy some real English fish’n’chips on the pebbled sea front. Relive the famous scenes of key film Quadrophenia by listening to the Mod music of The Who and whizzing round the city on a Lambretta or Vespa while wearing a huge fur-lined parka. Nightlife here is immense and often chaotic but it will give you a great example of what Saturday nights can be like out in city centres across the country (ie a bit mental and probably related to a deep-rooted national psychological problem but, hey, who are we to judge?). 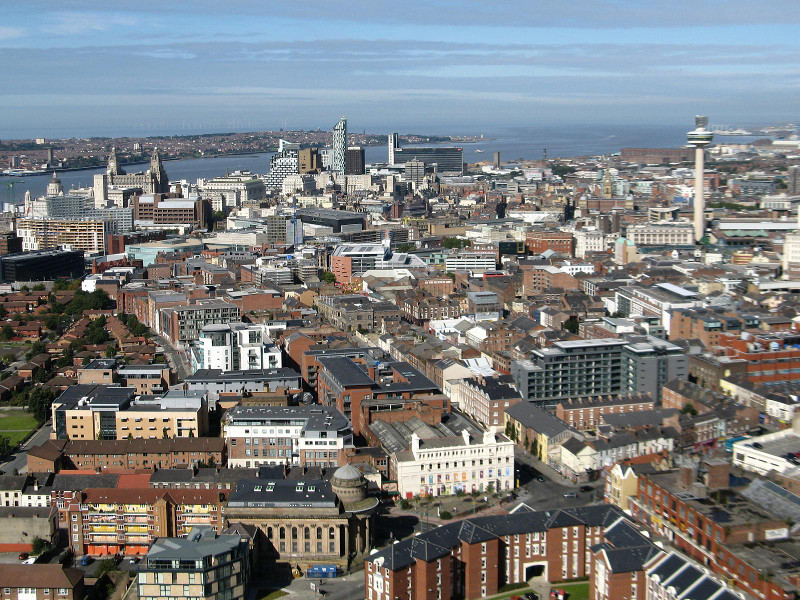 Yes it’s quite far north and a little bit out of the way but you should really consider Liverpool. You might compare Liverpool to places like Barcelona in Spain in terms of the strength of the local identity. Just look at how they support their local football teams. Here they see themselves as a bit of a mini-republic and are extremely proud of their cultural heritage and city history. Cool.

You will probably know already that Liverpool is the home of The Beatles and the musical vein of the city’s from its past to its present still pumps with the vim and vigour of impassioned creativity. With a thriving arts scene, a fascinating history as a key port (like Bristol, in fact) in the slavery and sugar trades, and a local population who just love to witter on with a good tale or two, making Liverpool a stop on your tour will not be a choice you regret. 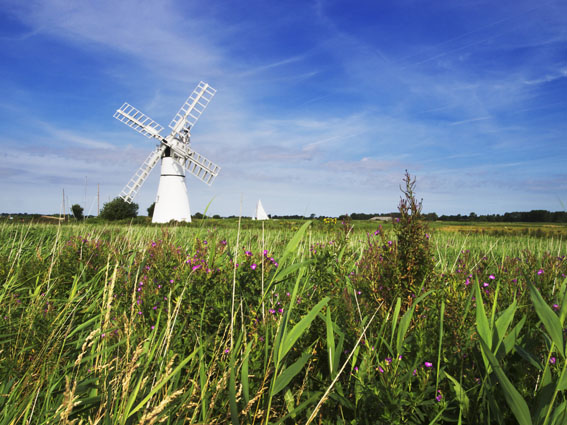 In summer, the traditional places for the English to head away on holiday are Spain (somewhere they have been able to colonise anew in places like Benidorm) and France. The ‘staycation’ has become ever more popular in recent years and a perennial favourite place for the English to experience a genuinely unique environment within the confines of their own island are the Norfolk Broads in the east of the country.

The Broads comprise a pretty magical and mysterious network of rivers, waterways and wetlands across a big expanse of land which profits from gloriously big skies, picturesque windmills and wildlife. The Broads are best navigated by boat and, by joining an organised tour or by getting together with a group of friends to hire one, you would be really exploring a quintessential corner of the country which those backpackers in a hurry to zip round the standard sites can often miss. Poor them. But lucky you. 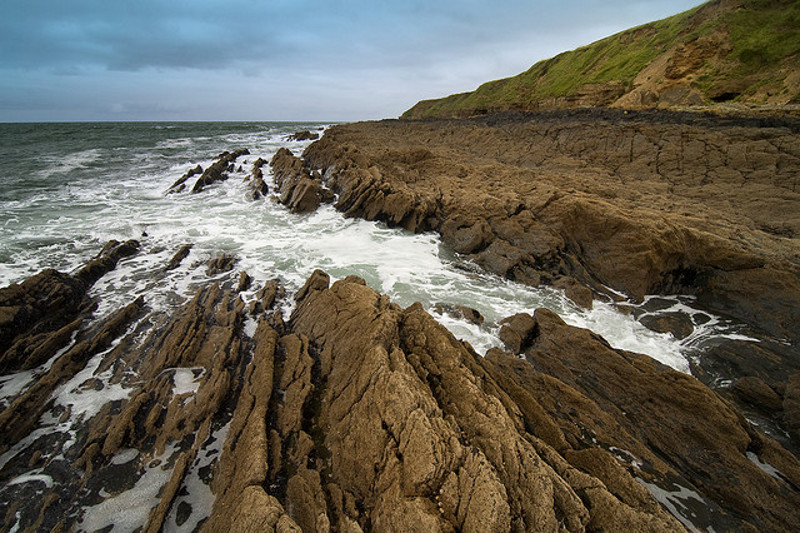 Croyde, in Devon on the South West coast, is a bit of a mini-mecca for UK surfing types. Head there in a school summer holiday or long summer Bank Holiday weekend to see how the English do the ‘après-surf’ (Clue: they go in hard. Very hard.) There are campsites right down by the beach where socialising is easy, the rum flows, and the atmosphere relaxed and welcoming, the pubs an easy walk into town.

Beautifully situated in a bay near Woolacombe sands and coloured by typically English white-washed and thatched cottages, Croyde has a rich history, too, as a destination for escape during the 30s and 40s, if you don’t want to just surf-party-surf-party-surf. (But you will).

Make sure you get a good wetsuit, mind.

The water ain’t the Caribbean.

Matthew Pink is a writer and editor working in digital publishing. He has lived, worked, studied and volunteered in several countries including Ecuador, Brazil, France, Italy, Spain and Nepal and has travelled through Asia, Europe, Central and South America. In 2012 he published his first crime novel ‘Scafell’, a story set in the UK’s Lake District. He likes writing about his home country and sharing good places to go in England.

An Insider’s Guide to London - The 20 best spots to eat, drink and be merry
A guide to walking coast to coast
Visiting the "Land of Castles", Wales!