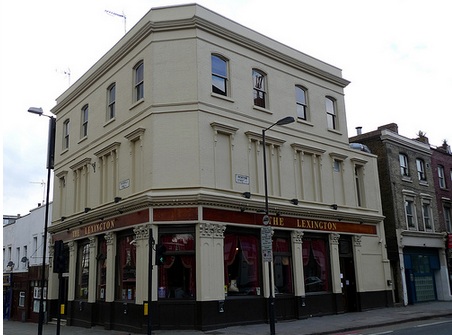 When it comes to nightlife in London, the city is probably best known for the pubs that adorn what seems like every street in the city. British licencing laws mean that a lot of them are open until 12am, at which point you might find yourself roaming around looking for somewhere to carry on your night. So to stop any sore feet, we’ve rounded up a list of some of the best areas and bars to dance in ‘til the early hours, with either free or cheap entry.

Based on Poland Street in the heart of London’s bustling Soho, this Latin-themed bar is well known for its basement beats, and you’ll find a busy dance floor and DJ on most nights of the week. In terms of crowd, expect young professionals who work in the area and the occasional trendy tourist. It can get rather crowded on the weekends, especially on a Friday, so plan to get there around 9pm. If you don’t fancy dancing that early, you can lounge by the bar upstairs for some liquid courage before you flock to the floor.

Nestled along the corner of Pentonville in between Angel and King’s Cross Tube station, this pub is a local favorite, attracting a varied crowd from students to music buffs throughout the week. Offering a range of US whiskys, Bourbons and Brooklyn-brewed beers, it’s known for its distinctive American ambiance. However, it’s also a go-to destination for some dancing as the lounge features in-house DJs, as well as band nights, and stays open until 3am on Friday and Saturday.

Located on London’s exclusive King’s Road, one of the capital’s poshest postcodes, there’s no entry fee and hardly a queue in sight at this drinking den. The laid back bar has tables to sit at and a DJ with space for some late night dancing. Open ‘til 2am on the weekends, it’s one of the few late-night places in this much sought after area that won’t cost you a penny to party in.

Go to this part of the West End for a plush cocktail bar setting blended with spot of clubbing as the night progresses. With no entry fee before 10pm, its central location smack down in the heart of Covent Garden makes it the ideal venue to go for after dinner drinks, and the dim lighting combined with seductive beats enhances the romantic setting.

Being Frank about Frankfurt...It's Legit!
Best Places to Surf in The Philippines - Siargao!
How to Have a Craic-ing Good Time on a Night Out in Dublin!