You read right. This crickety 25 year old went tree climbing. No, not up the 20 ft. tall sapling in my mom’s backyard, but to the king of trees, one 600 years old and the tallest of its type in all of Asia.

Big ass trees have weirdly been a popular theme thus far on my Big Asian Adventure with a walk through the ancient and impressive Muir Woods in San Francisco (Ya, I know, not Asia, but I was on my way!). Well this time, I was informed of a tree that would impress even a tree snob like myself, a single tree so grand, the only way to truly enjoy its natural splendor would involve a scale up it.

I was staying in Baler, a coastal beach town 5 hours away from Manila when a local asked me if I wanted to visit the, “Millennium Tree”. With “Millennium” by the Backstreet Boys being my favorite album, I figured anything with that name must be legit, so I told my little tanned friend, “Yes”, take me to your tree of life as a smile stretched across my face and the Jumanji drums began to beat in my head.

I hopped on the back of his fledgling moped and off we went. He took me through some beautiful countryside complete with rice farms, small men towing plows behind oxen, and smiling kids squirming with joy when I shot a Miami fist pump their way while putting past.

We rode through a little village that happened to be thumping house music from a church. I guess it was the birthday of the Virgin Mary, and David Guetta was on her birthday playlist. Right beyond the little town center, I began to see a large green silhouette at the end of the road. As we approached, the green blur began to focus as my eyes grew wide. 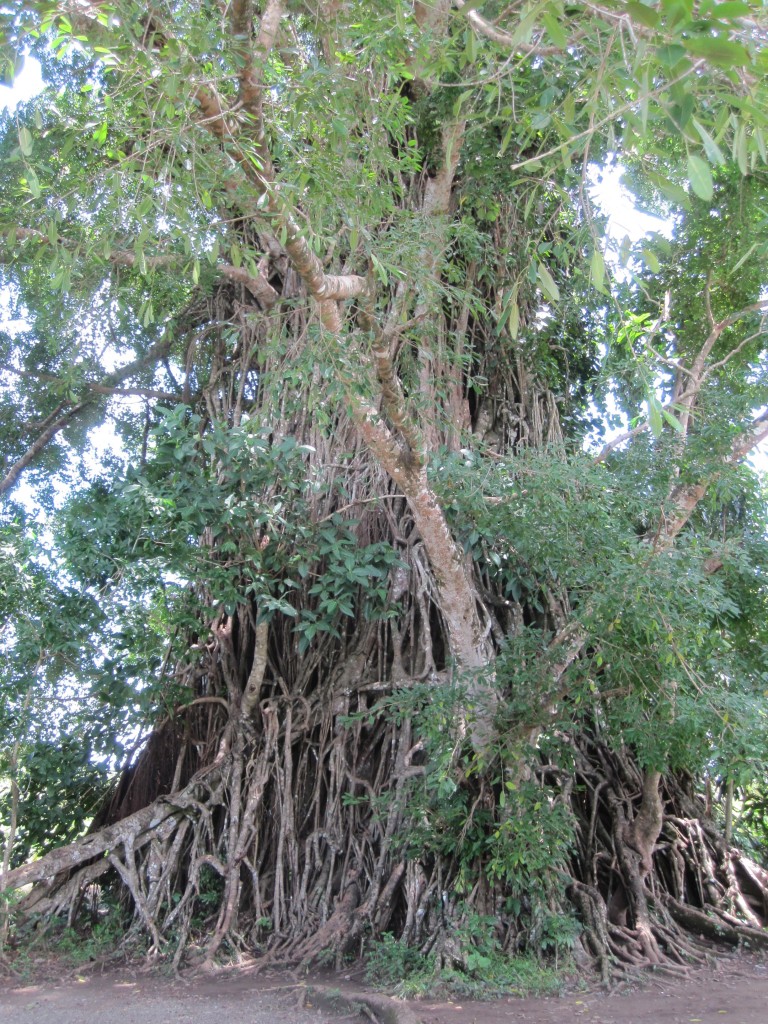 The Millennium Tree (also known as The Balete Tree) had to be 30 feet wide at the base and was composed of a tangle of above-ground roots that rose into the sky a hundred feet like something out of a Brothers Grimm fairy tale. I could make out a few colored shirts atop swinging from the branches like little monkeys, who in fact ended up being the local boys enjoying their “tree fort” that put any ramshackle one I ever staked claim on in my suburban upbringing to shame.

When my guide began walking towards the base of the tree and then literally disappeared into it, my mouth dropped. All I could hear was a muffled, “Come on Sir!” as I inched toward the brown behemoth, I took a deep breath and made my way into the century year old tree.

I was shocked to find no bugs, moisture, dust or anything that would make me think entering was a bad idea. The roots were solid as rock and as I weaved my way through the spider web network towards the center, I thought to myself, “this is the coolest thing I’ve ever done”.

When I reached the center, I saw my guide with a smile on his face and a finger pointed upward, I looked him in the face and slowly raised my head to a 75 ft. vertical hollow cone with a tiny beam of natural light at the top. I couldn’t believe what I was seeing and was waiting to for one of those blue aliens from Avatar to pop out and offer me a joint. 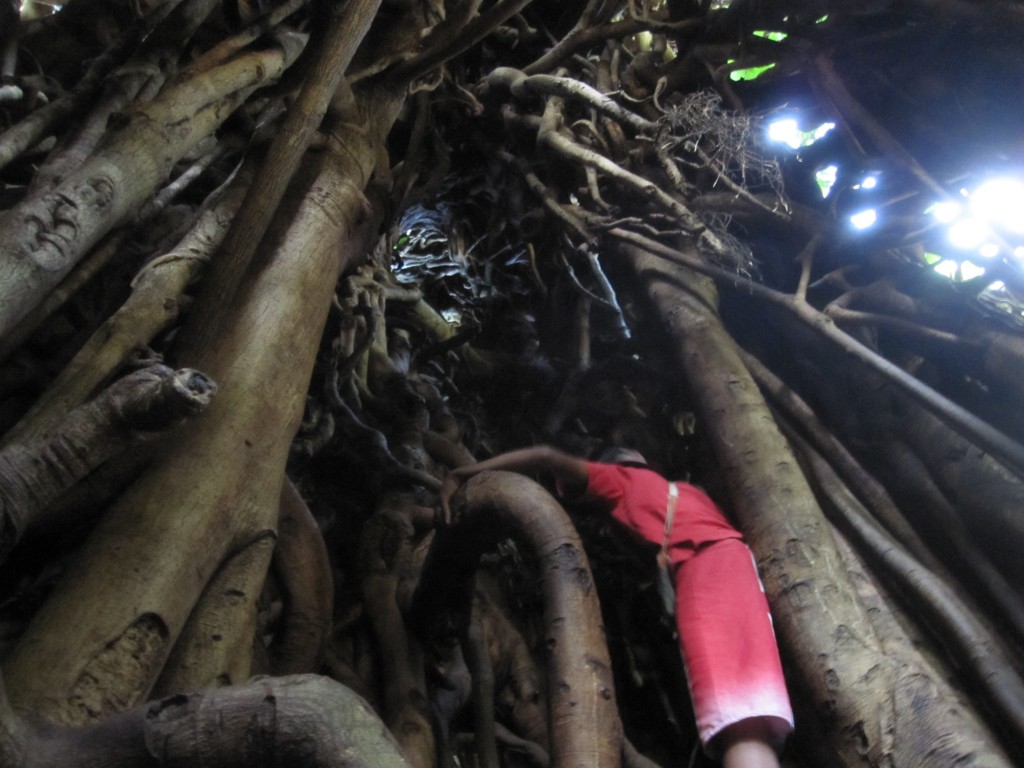 The next thing I knew, my guide was 20 ft. up hanging from a root saying, “follow me”. I took a deep breath, firmly grasped the first hold I could, and began climbing my way up. I thought two things by the time I made it up halfway, 1. Thank god I got travel insurance before I left, and 2. If I fell, I’d be dead. I managed to monkey my way to the top with the help of some of the tree kids that took pleasure in helping me to navigate to the top. About 10 minutes from when I began climbing, I was popping up onto the canopy of the huge tree and enjoying the view of the surrounding countryside while taking in what I had just done.

After about 20 minutes of reflection/recharging, it was time for the descent which this time, was along the outside of the tree. I began the descent praying to god I didn’t slip, and that maybe the shit in my pants would cushion my fall just a little.

After finally touching solid ground again, I took a sigh of relief and looked back up at the tree with a reverent smile.