Manila, the Philippines was at one point known as, “The Pearl of The Orient”. It has a storied history of over 330  years of Spanish rule, 50+ years of formal American imperialism, a few years of Japanese rape/pillage and has been a crossroads of local cultures in Asia for millennia.

This has influenced Filipino culture tremendously from their cuisine punctuated with Mexican notes (Spain reached the Philippines via Mexico on the Manila-Acapulco Trade Route), language (Tagalog is a mix of native words, Spanish and English) to their physical appearance which can range from indigenous to completely Caucasian. The most popular sport in the Philippines is surprisingly basketball as well. All of the aforementioned are just some of the reasons I’m fascinated with the country and seem to find myself here almost every year.

With all of the above said, the Philippines is ramshackle. With one of the most corrupt governments in the world, tax dollars are often kicked-back to people in office and never make it to the streets where the more than 100,000,000 citizens most of the time, are.

The country has seen a lot of war and destruction, and in 1945, “The Pearl of the Orient” which was a shining example of European/Asian influenced architecture was bombed to shit in the battle of Manila. This conflict was the site of the worst urban battle in the entire Pacific theater (keep in mind two atom bombs were dropped in Japan!).  What was left of the city was attempted to be salvaged, but the rest was bulldozed and low-rise, hastily-erected concrete shanties were built and for the most part, are still around. 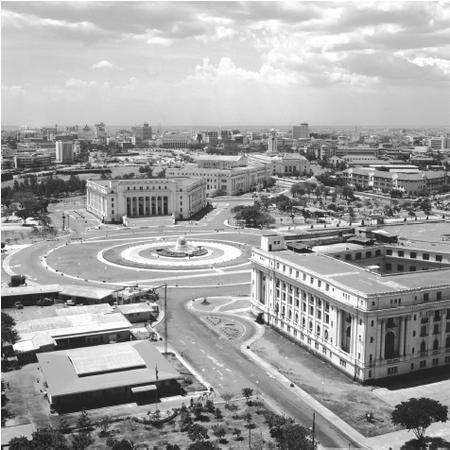 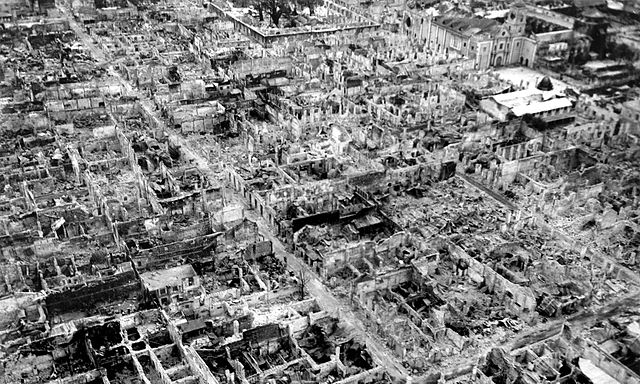 The wealthier residents of the 20,000,000+ capital city live on the outer parts of Manila in the areas of Makati, Fort Bonafacio, Quezon City, etc where international business and mega malls have set up shop, while Manila city proper and the surrounding areas of Malate, Ermita, Binondo, etc are pretty much hell on earth. The streets are full of trash, waterways reek of organic waste (i.e poop) and the vehicles you see are mostly diesel belching cold-war area trucks, Jeepneys (Filipino version of the bus) and screaming motor bikes.

But, this makes for an interesting exploration. Most tourists will only check out Intramuros, the historic, walled Spanish part of the city that still has some interesting colonial architecture. The oldest building still standing is San Augstin Church, erected in 1607. Intramuros is still a real neighborhood and parts are pretty rundown, but the city obviously puts some money into maintaining a few of the historic relics. 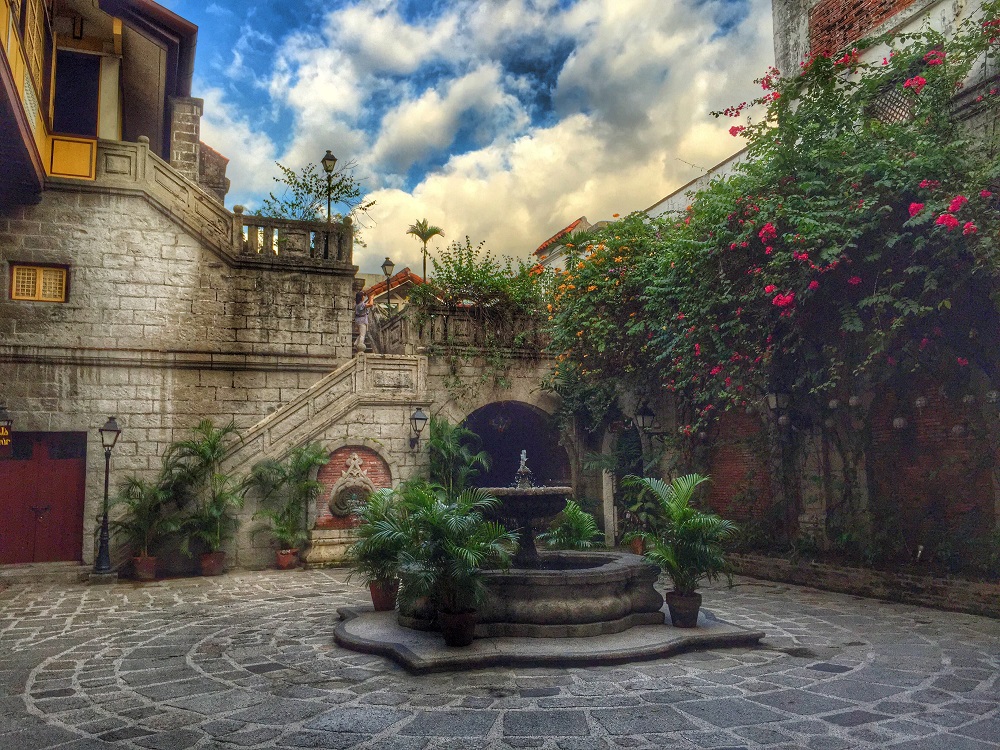 If you want to still get a glimpse into Manila’s glory days, then cross the river from Intramuros to Binondo, the historic ethnic Chinese neighborhood of the city, and the oldest Chinatown in the world, established in 1594. 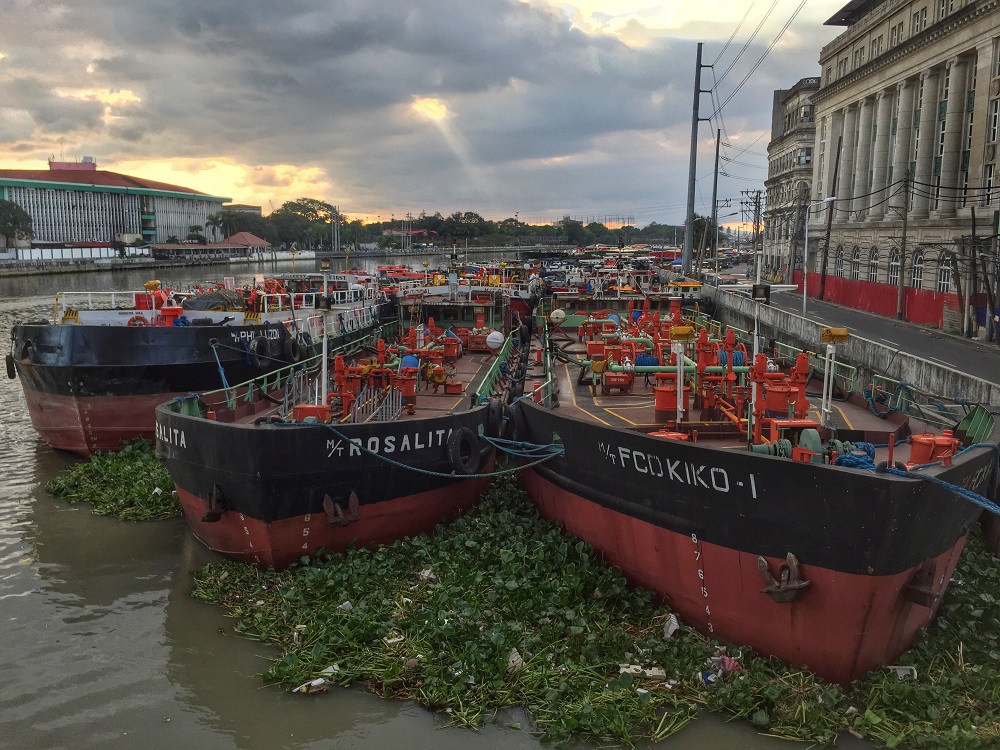 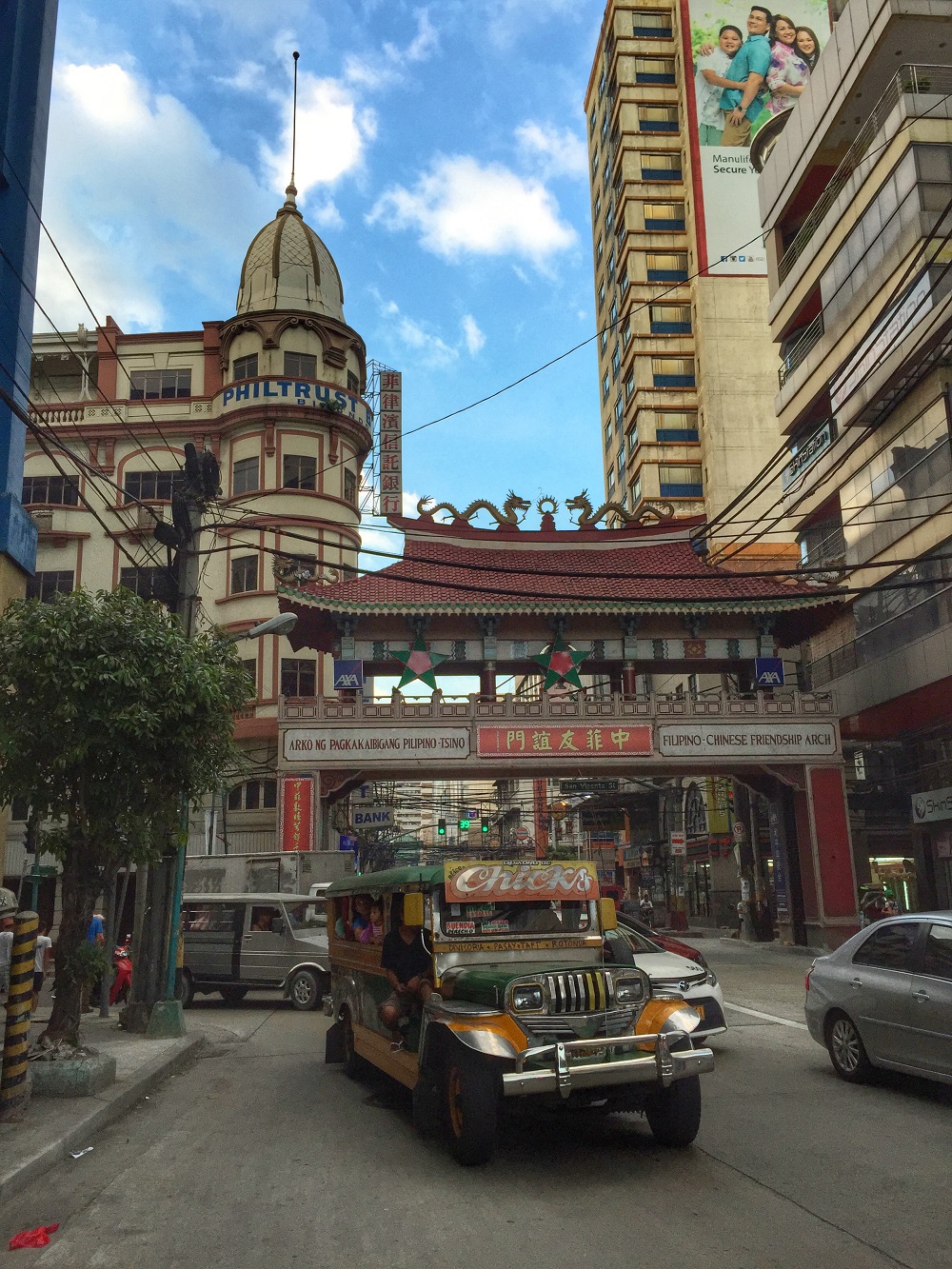 I explored the Escolta, an old commercial thoroughfare laid out in 1594. Initially, the Escolta was known for its concentration of immigrant merchants, mainly Chinese, who came to make money during the times of the Manila-Acapulco Galleon trade. The street was lined with shops selling imported goods from all over the world including China, Europe and elsewhere in Latin America.

By the end of the 19th century, the Escolta was one of the most fashionable business districts in the city, hosting the tallest buildings as well as the stock exchange. In time, the smaller shops were replaced by modern department stores and an electric tram called the tranvia was installed. 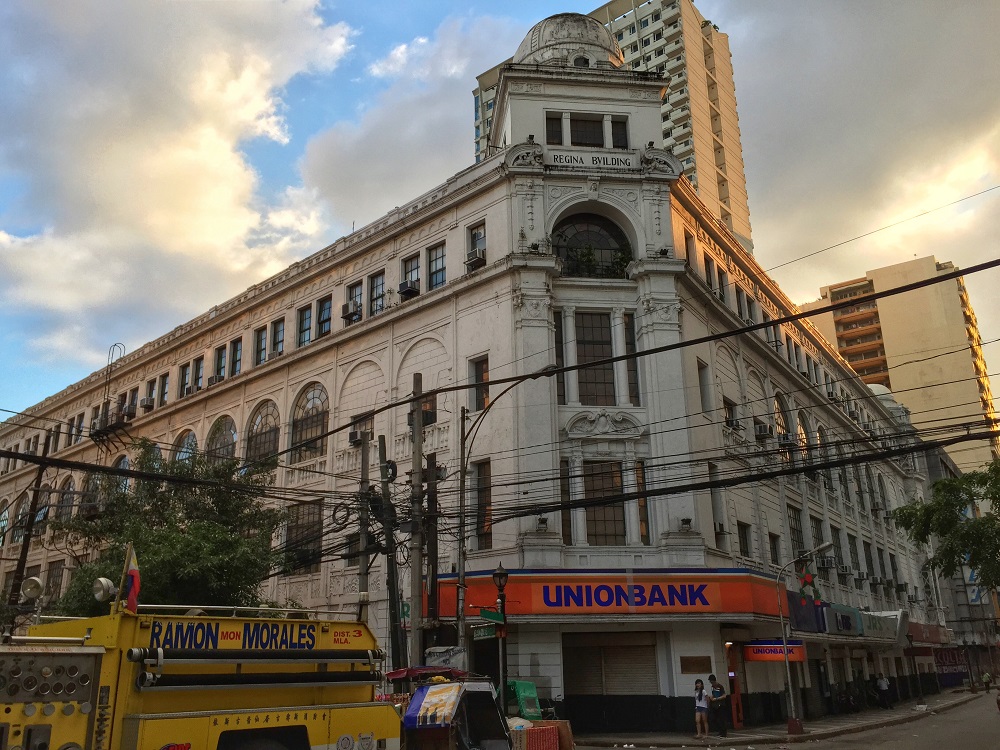 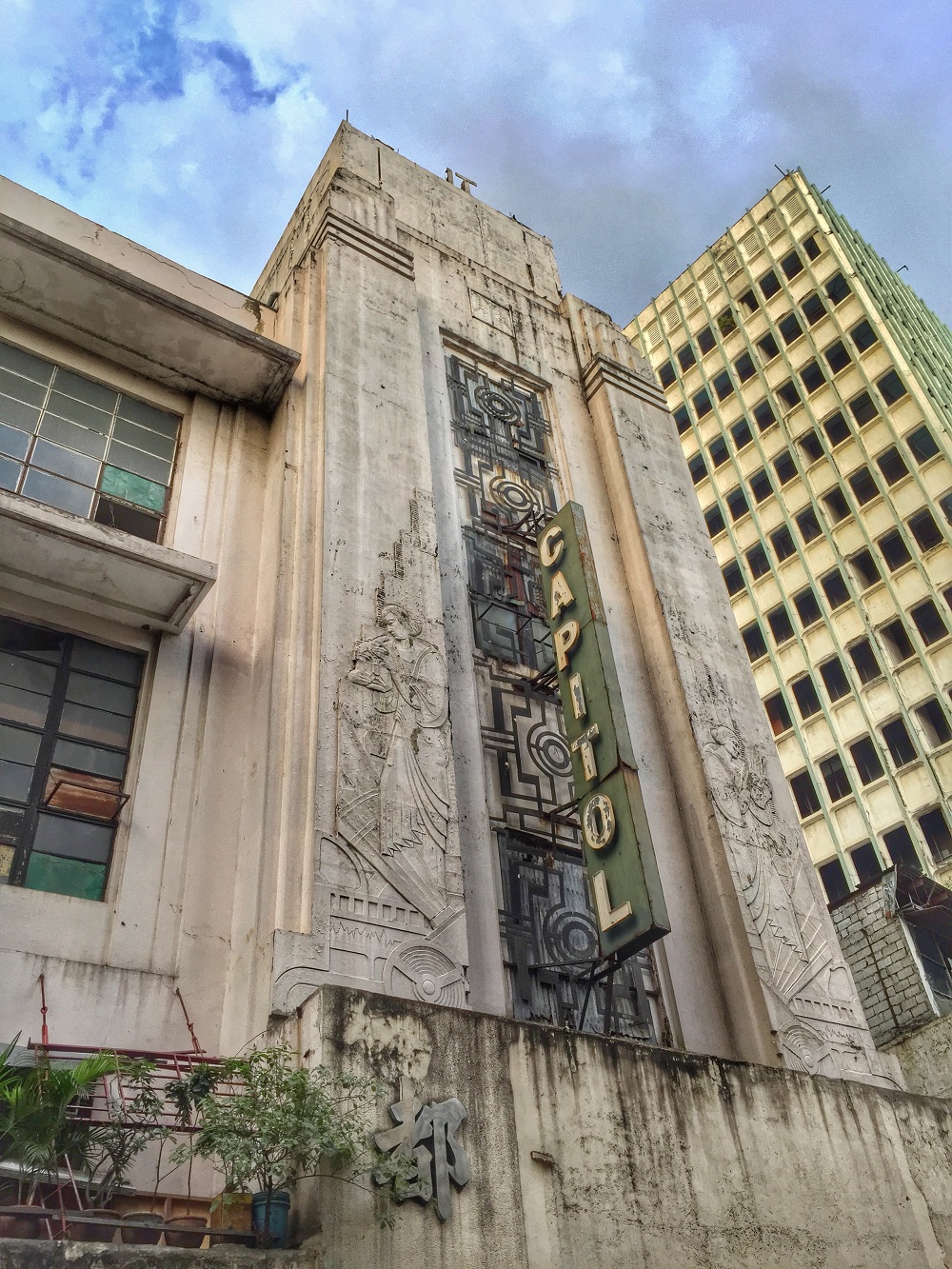 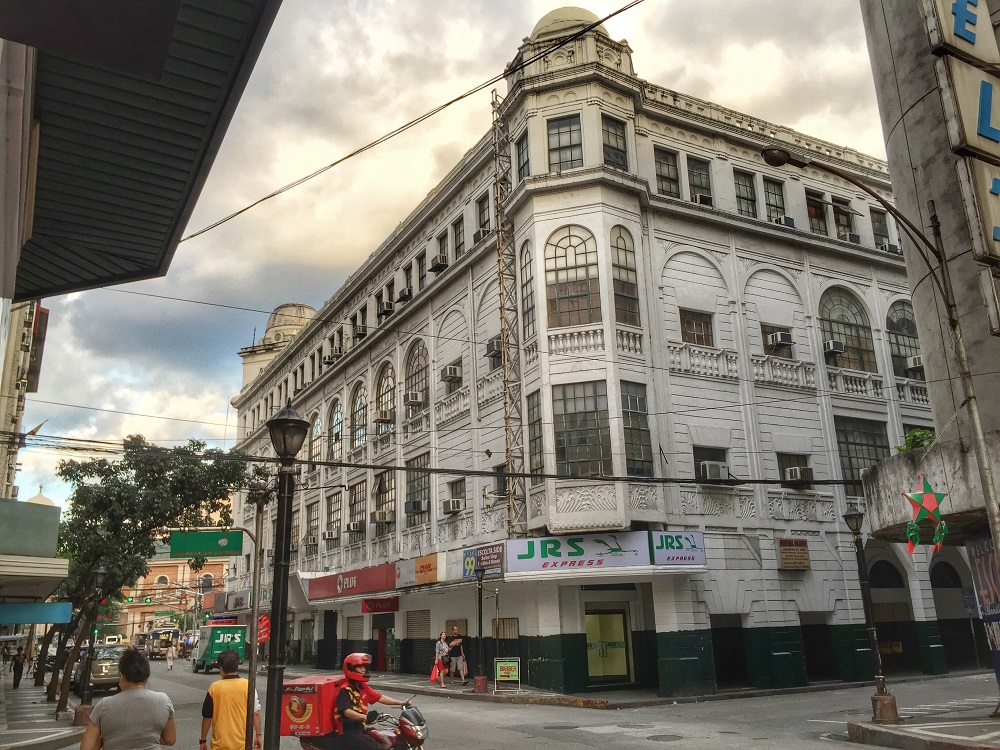 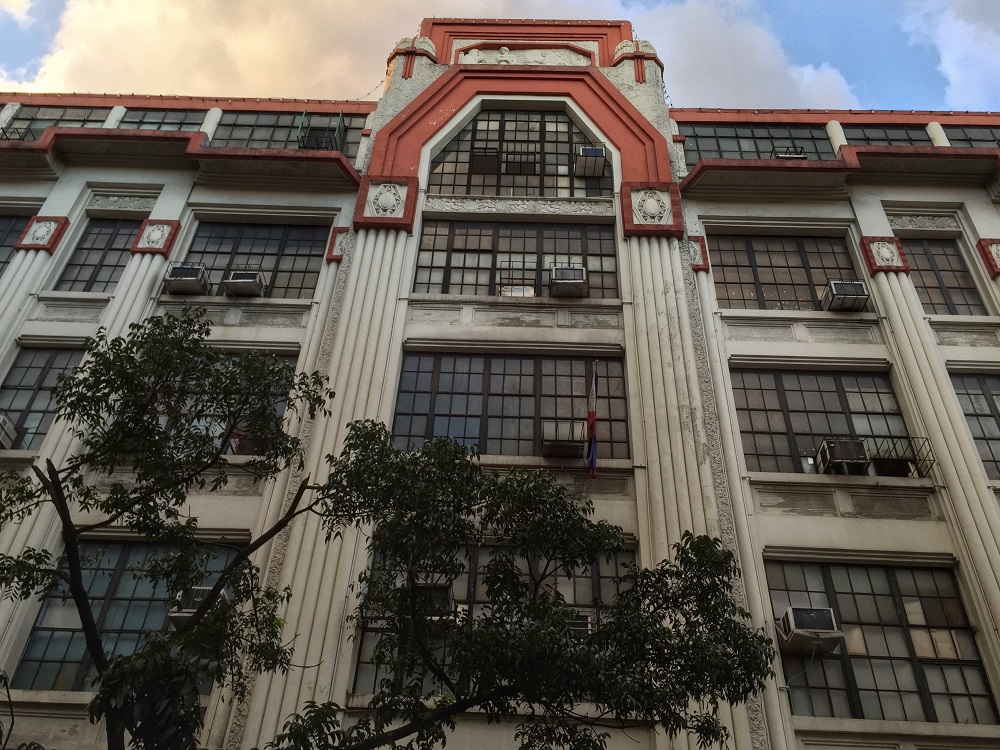 The Escolta served as the city’s main commercial district until the glory days came to an end in the 1960s when the business center moved to Makati. Today, the Escolta is a living museum and there are a melange of crumbling art deco and turn-of-the-century, European influenced buildings. It was definitely interesting to wander around a bit, but also a bit depressing.

If you make it to Manila, I highly suggest you take an amble around this area. While pretty poor now, the residents are very friendly and will smile and wave as you walk past. You’ll probably even catch a few high fives.