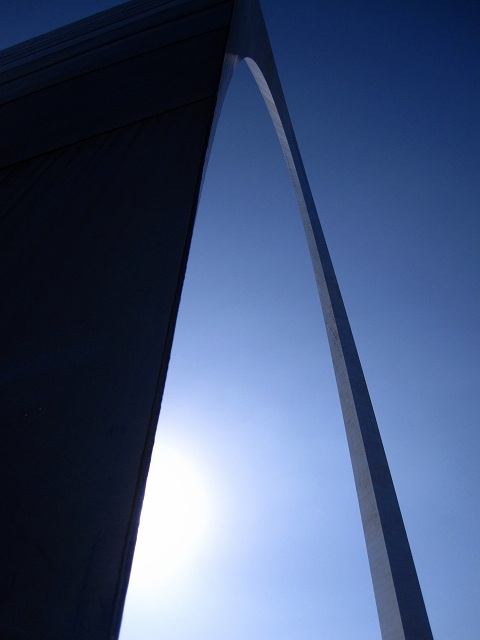 Well my “job” once again has brought me to a random-ass American city. Yea Greenville, South Carolina might be more off the beaten path, but Saint Louis ain’t somewhere many people are going to in the dead of winter, and I can understand why.

I was working at the St. Louis auto show and our hotel was right smack in the middle of downtown, adjacent to the arch. The walk was only 7 blocks to the convention center, but my god, I almost took a cab on multiple occasions with the 18 degree temperature (-7.7 C), unabated frigid winds and freezing rain. I haven’t felt weather that miserable in years and it makes me 1. never want to live anywhere cold again in my life, and 2. grateful as hell that I was headed back to Miami in a few days instead of just-as-shit Detroit as many of my comrades were destined to.

All in all, I had a fun time in St. Louis for the few days I was there, but for the most part, the downtown is a desolate wasteland as many mid-western American cities are. The people live in the suburbs and just head to the city for work, leaving our dinner and drinking options pretty limited to whatever our hotel (the Hyatt) or the other ones around had to “offer”.

The one real perk of our location was being just  a stones throw away from the Gateway Arch, a truly impressive sight. I had always seen pictures before, but it is much bigger than I thought it would be in person. 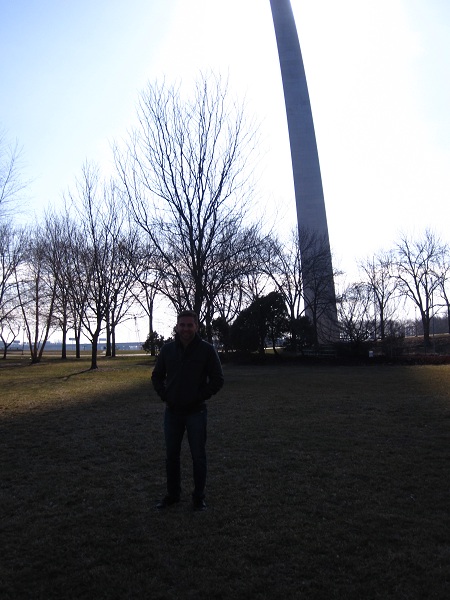 The arch was designed by the Finnish-American architect Earo Saarinen in 1947, but construction didn’t begin until 1963 and lasted about 2.5 years. It rises to an impressive 630 ft (192 m) and is the tallest man-made monument in the US (and obviously the tallest building in Missouri).

The monument was erected to pay homage to westward expansion across the United States in the last couple of centuries as St. Louis was the last major city westward in the age of pioneering. 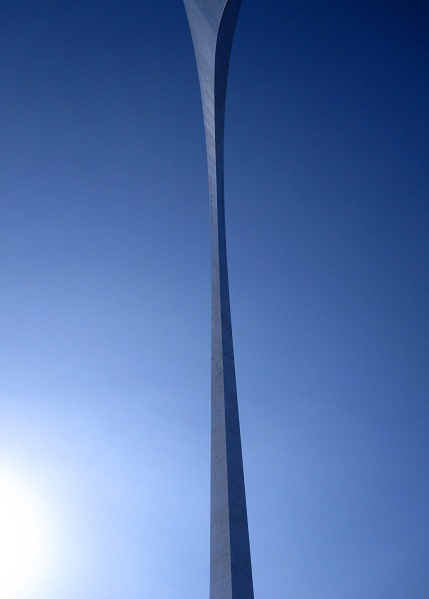 For $10 US, you get entrance to the museum at the base  of the arch (the “museum of westward expansion”) which was actually pretty interesting, as well as a ticket to take one of the gondola style elevators up to the top. The ride takes about 2 or 3 minutes and you have some pretty cool views of downtown St. Louis and eastward across the Mississippi into flat, rather mundane southern Illinois.

The Gateway Arch in St. Louis is definitely worth a visit if you for some reason find yourself in STL, hell, you won’t have much else to see anyways! 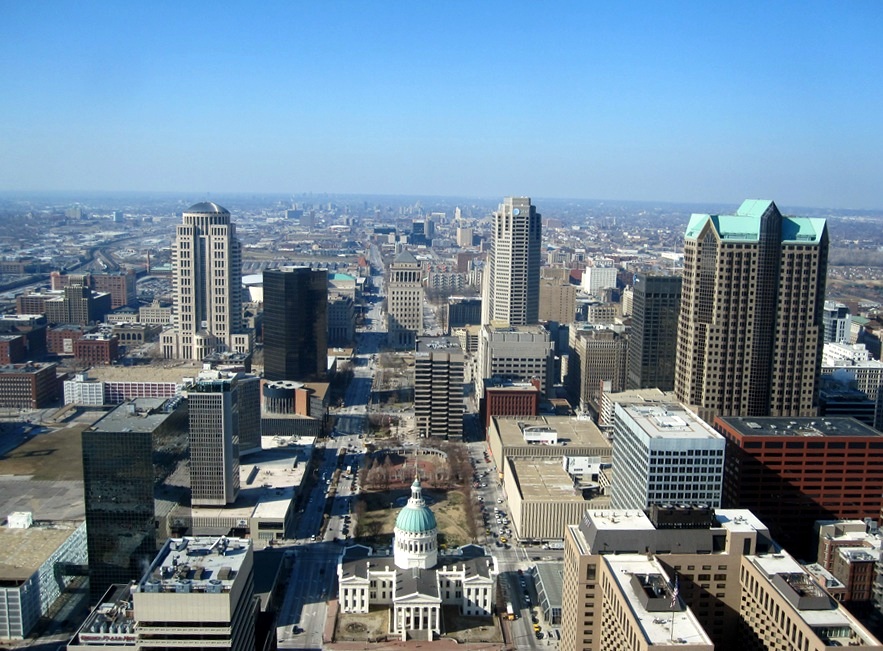