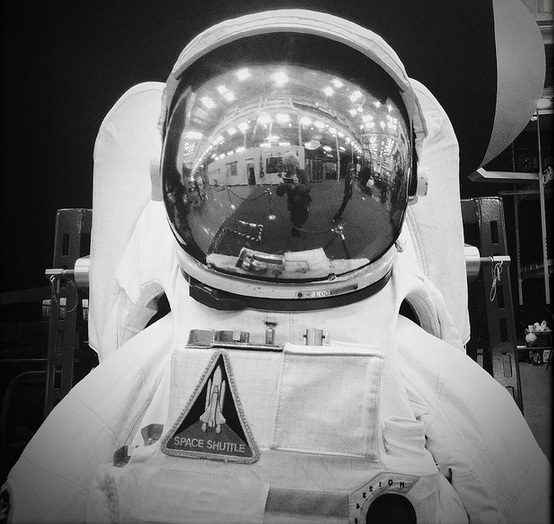 It’s no surprise that millions of people visit the NASA Johnson Space Center in Houston, Texas every year. It’s considered the number one family attraction in Houston and it’s not just for science geeks. Touring the Houston Space Center is both educational and entertaining as there are over 250 things to see and do at the Houston Space Center, but here are ten things you definitely don’t want to miss. Bring your jackets because they keep the temperatures at 60 degrees Fahrenheit to keep the systems cool.

This 1.5 hour tram tour ride will take you around the entire base and takes guests through the historic Apollo Mission Control. The excitement is palpable. It highlights astronaut training for the International Space Station, development of space manned missions and the latest space robotic technologies. On this tour, you will see the exciting new exploration vehicles that are being developed at NASA.

Have lunch with an astronaut

The Houston Space Center offers families an extraordinary opportunity to eat lunch with a NASA astronaut. Participants enjoy a casual cosmic lunch where they will get the opportunity to ask the astronauts questions about their journeys into outer space. The admission also includes a special personalized lithograph from whichever guest astronaut is in attendance. Tickets are on a first come, first serve basis and must be purchased in advance. Lunches start at 12:00 PM.

Watch a movie in the space center theater

If they didn’t make it big, it wouldn’t be Texas. The Northrup Grumman Theater is the largest giant-screen theater in the Lone Star state. The five-story tall screen features the latest and greatest in digital projection technology so instead of watching adventures unfold on the big screen, you’ll feel like you are a part of them.

Space Shuttle: Launching our Dreams: It was a crazy idea that became an American icon. The shuttle program redefined what was technically possible in aerospace, shattered cultural barriers and helped redefine the laws of physics. Launching Our Dreams takes you on a supersonic journey through thirty years of innovation in 30 minutes. Feel the rush of launch, the wonder of weightlessness and the pride of a country on America’s most iconic spaceship, the Space Shuttle.

The International Space Station: The first 10 years. The Next Ten Years. Experience the daring tale of the most technologically challenging feat in history. Watch two former Cold War rivals join forces to establish a long-term outpost in outer space. The International Space Station takes you behind the scenes of the world’s largest international collaborative effort and flies you on board the orbital home that is the size of a football field. Then, launch into the future as NASA forecasts where the science and technology in development today will take us to tomorrow.

The Houston Space Center’s Astronaut Gallery is truly inspiring. It has the world’s best collection of spacesuits. Portraits and crew photos of every United States astronaut who has flown in space adorn the walls of the gallery. There are 38 flight suits on display that represent every era of manned space exploration, but visitors are especially delighted to see the ejection suit that belonged to Astronaut John Young, Judy Resnik’s T-38 flight suit, Pete Conrad’s spacesuit from the Apollo 12 mission to the Moon, and Dick Covey’s Hawaiian shirt worn on STS-26.
Tour the Living in Space Module.

See the Living in Space Show

The Living in Space show is a way for visitors to experience what life might be like for astronauts on board the space station. It starts with a Mission Briefing Officer giving a live presentation on how astronauts live in a space environment, in particular, how everyday tasks, like eating, are challenged by gravity. The Houston Space Center uses high-tech projection mapping technology (similar to that used at Universal Orlando’s Harry Potter) combined with live performances to create an out of this world experience. The tour includes 42 hands-on activities that use sophisticated computer technology to simulate landing, orbiting, exploring the shuttle or repairing a satellite.

Check Out The Starship Gallery

The Starship Gallery tour starts with a showing of On Human Destiny, a short documentary about the story of NASA. Visitors like to pour over the artifacts on display that traces the progression of space flight in America. Popular items include the original model of the Goddard Rocket, the world’s first liquid-fueled rocket, which inventor Robert H. Goddard successfully launched in 1926; the Mercury Atlas 9 “Faith 7” capsule flown by astronaut Gordon Cooper; the Gemini V Spacecraft piloted by Pete Conrad and Gordon Cooper; a Lunar Roving Vehicle Trainer; the Apollo 17 Command Module; the giant Skylab Trainer; a Lunar Roving Vehicle Trainer, and the Apollo-Soyuz Trainer from the first joint United States/Soviet space flight and last flight of an Apollo spacecraft.

Watch Mission to Mars in the Blast-Off Theater

Curiosity is a robotic rover the size of a small car that landed on Mars August 6, 2012. The mission was part of NASA’s Mars Science Laboratory (MSL). The success of the Curiosity rover landing on Mars was a great day for us earthlings. Experience the rush of launching into space with rocket boosters and billowing exhaust when you watch Mission to Mars, which plays every day at 12:00PM and 3:00PM in the Houston Space Center’s Blast-Off Theater.

Going on a pub crawl in Honolulu
Photo(s) of the Week: Gateway Arch in St. Louis!
Haunted Niagara!