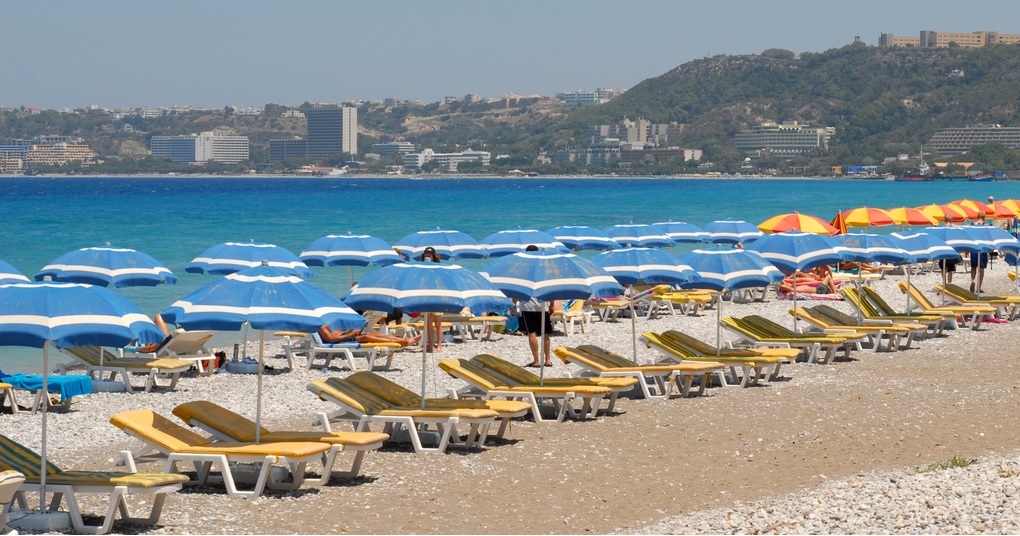 As you have sifted through the options for your impending summer holiday this year, you have decided that the time is right to finally explore the islands of Greece.  With the economy finally on the mend in this beleaguered country, the overall mood in the country is beginning to look up, but prices remain low as the race to bring back visitors to the country is well underway.

A quick review of a map of Greece has shown you that this quest has become far more complex than you initially anticipated, as there are well over a thousand isles for the would be island hopper to choose from.  Seeing how this is your first trip to the country, you will do well sticking to some of Greece’s best regarded islands; as such, we have drafted a list of the top 5 best Greek islands that you shouldn’t miss during your holiday in this sun-drenched nation.

Make sure you don’t miss Rhodes on your holiday to the Greek islands this summer, as its unique combination of history, architecture, and gorgeous beaches will give you the best all-round experience during your time in Greece. The Castle of Monolithos (a castle that was never conquered), numerous ruins from the days of the ancient Greek civilization, and trendy beaches filled with beautiful people will make this island one that will hold appeal for just about every type of person.

The largest of the bunch, Crete once hosted a civilization that pre-dated the Greeks, as the Minoans ruled their maritime empire for 1,500 years until a cataclysmic seismic disaster in 1450 BCE spelled the end of their dominance. As a result, the ruins of this surprising sophisticated Bronze Age culture are the primary attraction, with the Palace of Knossos being the main draw. Many beaches that are less crowded than other islands and mountains, gorges and caves will appeal to those that are attracted to prime outdoor assets.

If you’re looking to party, drink, and groove your holiday away in idyllic surroundings, then Corfu is the ideal destination for you and your crew. With clubs that draw internationally famous acts and DJ’s each summer, and with cheap Greek booze flowing late into the night, many destinations across the island will cater to your right to throw down.

If all the conveniences of home are what you seek while still having all the charms of Greece within easy reach, then Mykonos will prove to be a good choice. Upscale dining and nightlife are a big draw for well-to-do visitors, as are the abundant beaches, museums, and those ever-so-stylish windmills that are synonymous with the island’s image.

With many of the previous options popular to the point of being heavily trafficked at peak periods during the summer, those that are looking for a bit of space may be feeling a bit put out.  If this is your scenario, then Zakynthos (also known as Zante) is your best option.

While fewer tourists visit this island overall, Zante still boasts many spectacular beaches, the most famous of which is the increasingly popular Shipwreck Beach, where a perfect pocket beach lies within a notch in the cliff lined northwest coast of the island. A 30 year old shipwreck buried in the sand below the hide tide line gives this paradise its notoriety, and while its visitor numbers are increasing, the peacefulness of the place still reigns for the time being.

The Greek islands: Easy to love, yet so hard to pick a favorite

While it is hard for most people to decide on a Greek island holiday due to the magnificence of each of them, we hope that our article has made yours much clearer.  No matter which island you choose, we believe that this trip will prove to be the highlight of your year.

No Matter Your Pleasure, You’ll Find It In Tokyo
When The Brits Ruled The World!
Torremolinos before tourism: a look into the village's past