Until recently, if you asked anyone about Cuba, they would associate the island with communism and regular animosity between itself and the United States. However, the past decade or so has witnessed a gradual transformation which has seen the Caribbean island nation become an emerging holiday destination for sun seekers and would-be explorers around the world!

Cuba has a rich history, hugely interesting culture and plenty of sights that have to be seen to be believed. It’s also a relatively cheap place to visit, partly because of the fact that despite its growing reputation, it’s not quite as popular as neighboring countries such as Jamaica and Barbados. Also, there are still a few more restrictions for foreign visitors than in most other countries. 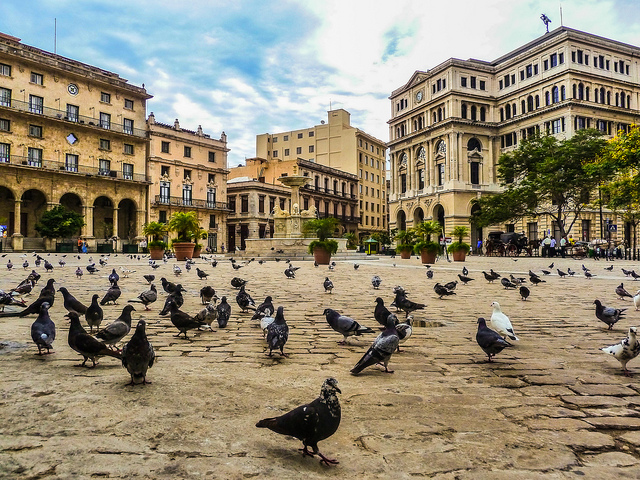 Despite being unfairly tagged by naysayers as being a dilapidated, ramshackle kind of place, Cuba is home to some impressive sights, and where better to start than Old Havana? The most historic part of the Cuban capital is home to a number of ancient and more modern structures which have managed to stand the test of time and look as magnificent now as they have ever done.

Towards the center of the country, the quaint town of Trinidad is part of a UNESCO World Heritage Site, owing to its location more than anything else. What makes Trinidad stand out is the Plaza Mayor, its central square which also doubles as an open air museum documenting the various stages of local and national history in its own unique way.

No trip to Cuba should be complete without paying a visit to the beach. As is the case with many other islands in the Caribbean, Cuba has mile after mile of sandy shoreline that helps to make it so alluring to tourists who want sun and sand without having the difficulty of finding a perfect spot to catch a few rays and unwind.

Although restrictions on travel for foreign visitors have eased somewhat in order to capitalize on a tourism boom, there are still a few extra laws and obstacles that visitors need to be prepared for, principally regarding health insurance. Once you enter Cuba, you immediately have to deal with immigration officials, who will check your paperwork before allowing you to stay there.

You also need to be aware of the currency situation in Cuba. Many major global currencies including US Dollars are not accepted. Be aware credit/debit cards issued from US Banks are also not accepted so you need to bring plenty of Pesos (there are two types). Also, learning a little basic Spanish can help, as there aren’t too many English speakers in the country, while the other essentials like medication are also needed for your trip.