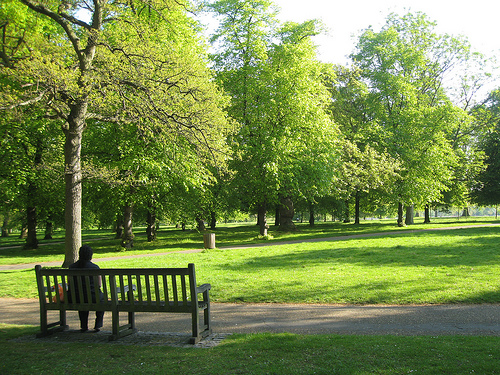 Londoners know their city is an expensive place to live – but they’re used to it. Visitors to the British capital, however, are often astonished by the prices of everything. Hotel rooms, theatre tickets and public transport can all combine to clean out a tourist’s pockets faster than an alumnus of the School of Seven Bells in Bogota (An actual school for pickpocketers!). What you may not know, though, is that there is a side to London that is free. Here’s a guide to seeing London on the cheap that won’t send you off to the Old Bailey to watch an interminably boring court case.

There is a great tradition of free art in London – eat your hearts out, NY and Madrid. As well as the galleries in and around Cork Street that you can dip in and out of, most of the capital’s great permanent art collections can be gazed at gratis. The Royal Academy, Hayward Gallery, the Wallace Collection, ICA, National Gallery, both Tates (Modern and Britain) and the Saatchi all have free access.

If you’ve got the stamina, head to South Kensington for the troika of large-scale museums. Decorative arts enthusiasts will love the V&A, the kids can go crazy in the earthquake simulator at the National History Museum (and scream at the dinosaurs) and you can marvel at Britain’s past – and future – inventions in the Science museum.

If it’s water you’re after, the South Bank is where you can survey the grandeur of the City of London. Alternatively, head westwards for more something more bucolic around Chiswick and Barnes, en route to Kew Gardens. There are also miles and miles of canals that run through the middle of London, including the Grand Union Canal whose 130 miles begin at Paddington, and the Regents Canal, which will take you east from Regent’s Park, as far as Limehouse Basin, near Canary Wharf . London’s Royal Parks, which include Hyde, Richmond, St James’s  and Regent’s Park are beautifully maintained, and there’s the wilderness of Hampstead Heath, where you can also have a free swim in one of its ponds.

One of West London’s best-kept secrets is the Notting Hill Arts Club, whose Rough Trade sessions on a Saturday are free. Just get yourself along there between 4pm and 8pm. If classical music is more your scene, two churches in the West End, St Martin in the Fields and St James’s Piccadilly both offer lunchtime recitals free – sorry, three – times a week.

Of these the most famous is Portobello, which comes alive on Fridays and Saturdays. Go early if you want to beat the crowd – which can be agoraphobia-inducing. Columbia Market in Spitalfields on a Sunday is great for flowers and knick-knacks, and Camden is where you go for tattoos and piercings for those of you suffering crises of both teenage and midlife variety.

This is a Guest Post by Addy Dugdale from onefinestay London

Go Against The Grain And Off The Beaten Track When Visiting London!
Winning in Berlin-ing!
Why do the Dutch Wear Clogs?