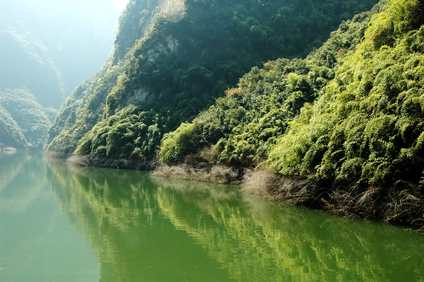 The largest river in Asia and the third longest in the world has long been recognized as one of China’s most important landmarks. Winding almost 4, 000 miles and traversing 11 provinces in the process, the Yangtze River has always played a major role in the country’s economic, historical and cultural development.

Today, thanks to the improvement of technology and the constant desire to explore beyond our borders, discovering the lush bamboo groves and mist-shrouded mountains of China is easier than ever.  For the most adventurous among us—and the ones hesitant on giving up the comfort of their daily life—this discovery is made possible with the help of cruises.

Here is a list of three of the most popular Yangtze River cruises available online.

Operated by Avalon Waterways, a cruise on the Century Paragon is an experience in itself. Aside from offering opportunities to explore China’s most beloved treasures, the ship also offers guests plenty of opportunities to find a home away from home.

This state-of-the-art ship was built in 2013 and is equipped with the finest amenities and services. It boasts an indoor swimming pool, a 7-floor atrium lobby, two bars, a spa, a cinema room and countless other facilities.

The Century Paragon leaves from Beijing and carries passengers across the Yangtze River in a voyage that lasts between 11 and 15 days. Along the way, guests have the chance to behold the Forbidden City, the Great Wall of China, the Yu Yuan Gardens and numerous other world-famous sights before the ship reaches its final stop in beautiful Shanghai. Check out Tour East Holidays for the latest deals on Yangtze River Cruises.

Considered one of the most luxurious cruise lines operating in China, Uniworld is comprised of professionally trained English-speaking staff and ships equipped to sail the Yangtze with grace and elegance. As the Century Legend and the magnificent Century Paragon sail down the Yangtze River, guests enjoy world-class cuisine and amenities while letting the spectacular sceneries unfold before their eyes.

Uniworld’s itineraries were carefully planned out, each cruise targeting a specific area of China. From the bustling city of Hong Kong to the sweeping tales of the Great Wall of China, Uniworld’s longest cruise, “Grand China and the Yangtze” takes guests on a breathtaking odyssey that spans across two weeks. Three other cruises can be purchased on the company’s website, among them the “China, Tibet & the Yangtze” cruise headed for the “Rooftop of the World”, Tibet.

Travelers looking to soak in the local colors of China while admiring the natural wonders of the Yangtze River are more than welcome to partake in one of the three famous Viking cruises—the “Imperial Jewels of China”, the “China Cultural Delights” and the “Roof of the World”.

Slightly longer than most cruises, the latter two last for at least two weeks while “The Imperial Jewels of China” covers the country’s key highlights in 13 days. The Viking Emerald proudly carries the guests on a sweeping journey across the Yangtze that is both comfortable and exhilarating.

The ship accommodates up to 256 guests, and each spacious room is furnished with a hotel-style bed. As befit such a prominent cruise line, many top-class amenities can be found on the Viking Emerald. These include a sauna, an internet café, a bar and a library.

Being a premiere nation in Asia, touring China is a must for any serious traveler.  By considering one of many Yangtze River Cruises available, you will allow yourself to see this country largely as it was a generation ago.

Riley Gladstone is a travelholic. When she is not traveling the world, she’s writing about her travel adventures.  You can find more her stories on her travel blog, TripHole.com.

A Weekend in Georgetown, Penang Malaysia: top attractions, eats, and more!
When In Nepal: The Points Of Interest That You Should Visit
Rediscover what it means to be human in Okinawa in 2017