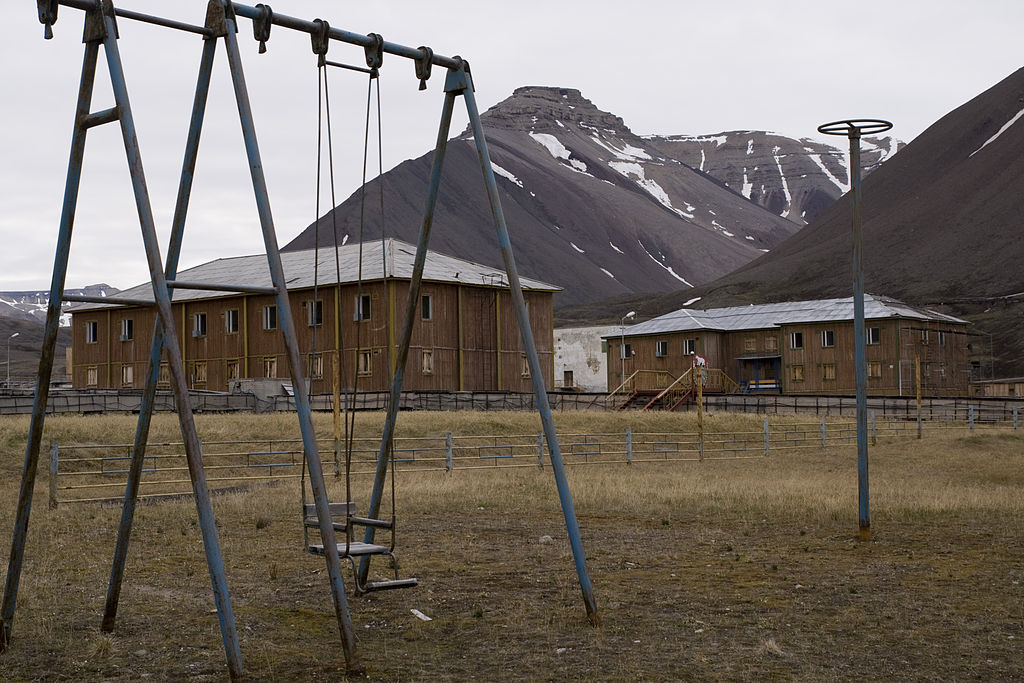 There are countless destinations on this planet that compete for our attention as travelers, but few match the morbid appeal of a ghost town.

From outposts in the wilderness, to hedonistic paradises that have been taken from us by nation states that love to play geopolitical games with each other, the stories of their golden days are as equally compelling as their ultimate downfall. 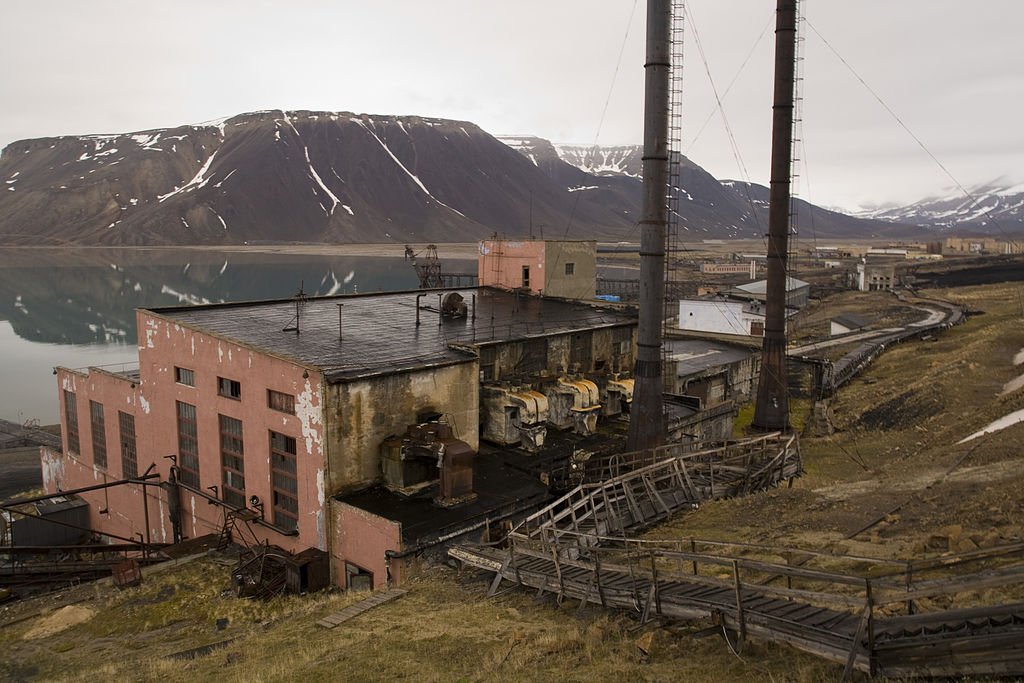 Situated in the high Arctic at 78 degrees North Latitude, Pyramiden is a former coal mining outpost that used to be home to over a thousand residents.

Sold to the USSR by Sweden in 1928, this town, which was named after the pyramid-shaped mountain that towered over it, served its new nation well for generations, digging out an abundant seam of the energy-dense rock that helped power of one of the world’s greatest superpowers.

However, being a one-industry town dependent on a finite resource, Pyramiden’s fate was never in question, as it was simply a matter of time until the last of its economically extractable reserves was exhausted. 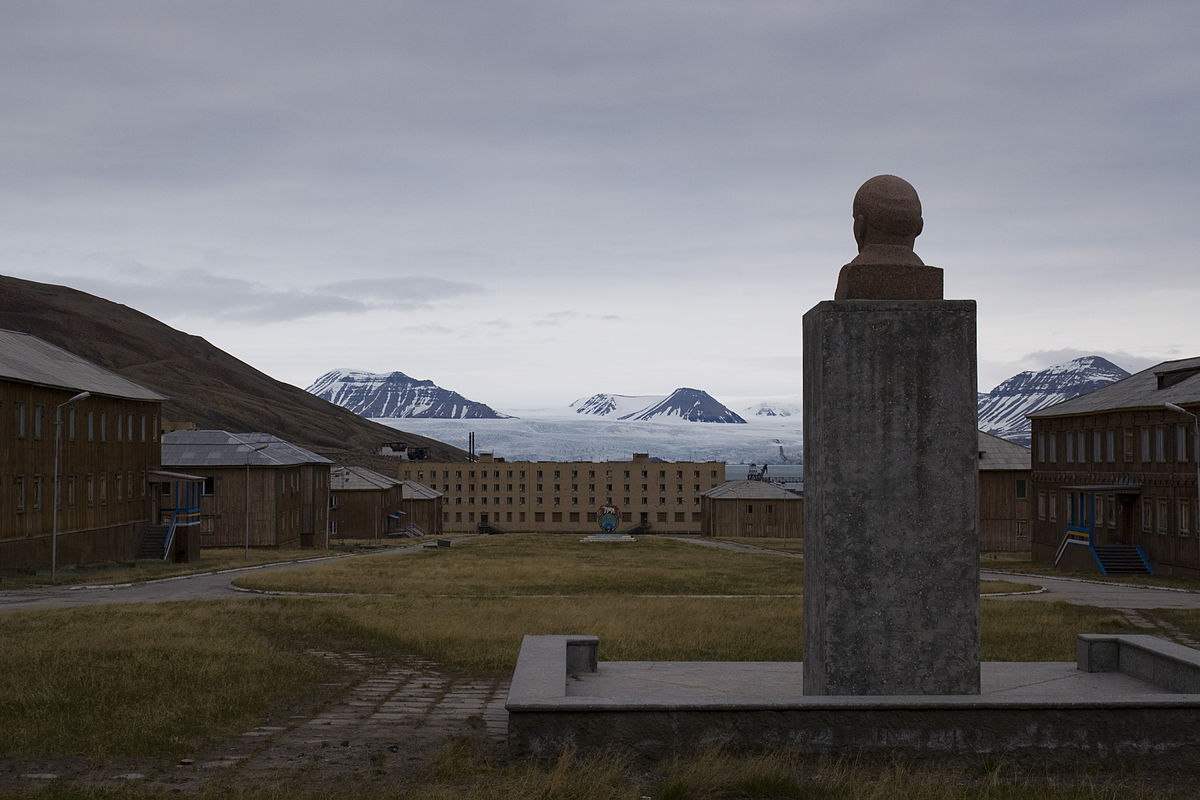 That day came on March 31 1998, as its last functioning operation brought up workers from its depths for the last time. The settlement was abandoned shortly afterward, with most departing Pyramiden within seven months of the mine’s closure.

About 30 people from remain to this day, maintaining key structures such as the hotel and the sports hall for the benefit of tourists.

As a result of its ongoing upkeep, an increasing number of visitors are able to enjoy a sizable list of things that are the furthest north in the world, which includes the globe’s northernmost Lenin statue and swimming pool, as well as natural attractions that include mountains, Arctic tundra, and roaming packs of polar bears. 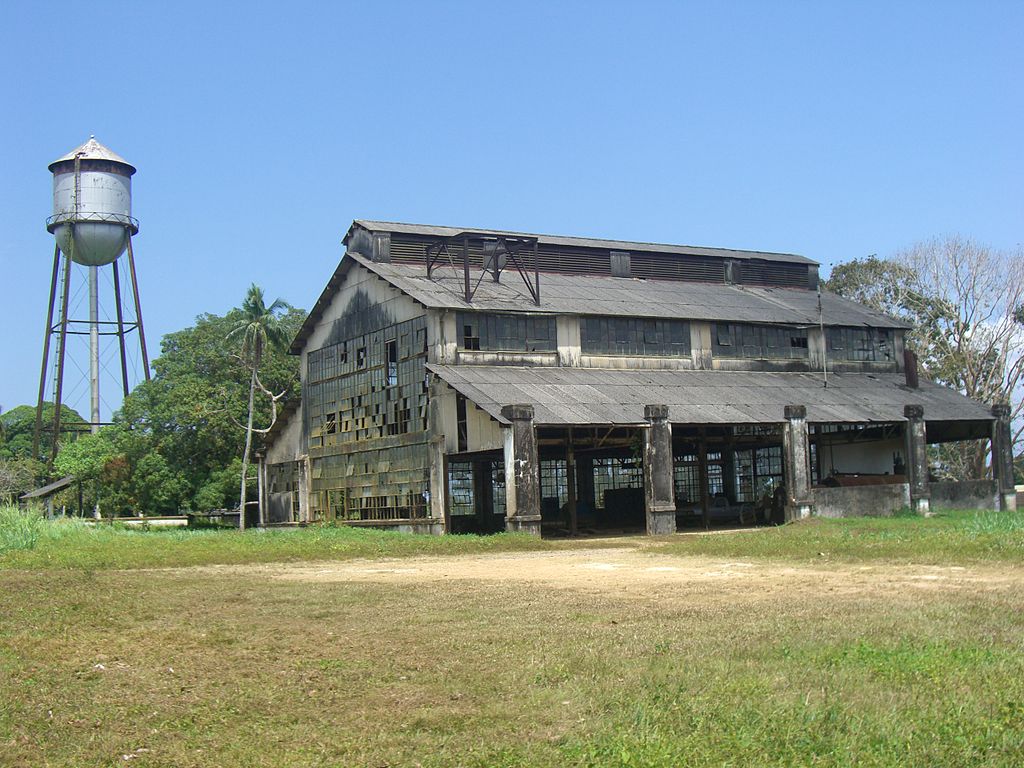 Determined to break the backs of the rubber monopoly that existed in the early 20th century, Henry Ford established a purpose built town in the midst of the Brazilian Amazon Rainforest that was to be home of the largest rubber plantation the world had ever seen.

He named it Fordlândia, and set about building a company town that would free his automobile operation from the egregious prices he was paying to import supplies from British Malaya.

However, due to a series of logistical and ideological blunders, the settlement quickly turned out to be a spectacular failure.

Alcohol, tobacco and women were banned in the community, a prohibition that included the privacy of worker’s homes.

Further, the site chosen was poorly suited to agriculture, and managers assigned to the rubber plantations had no idea how to properly grow crops in the tropics, which led to insect infestations that wiped out the planted trees. 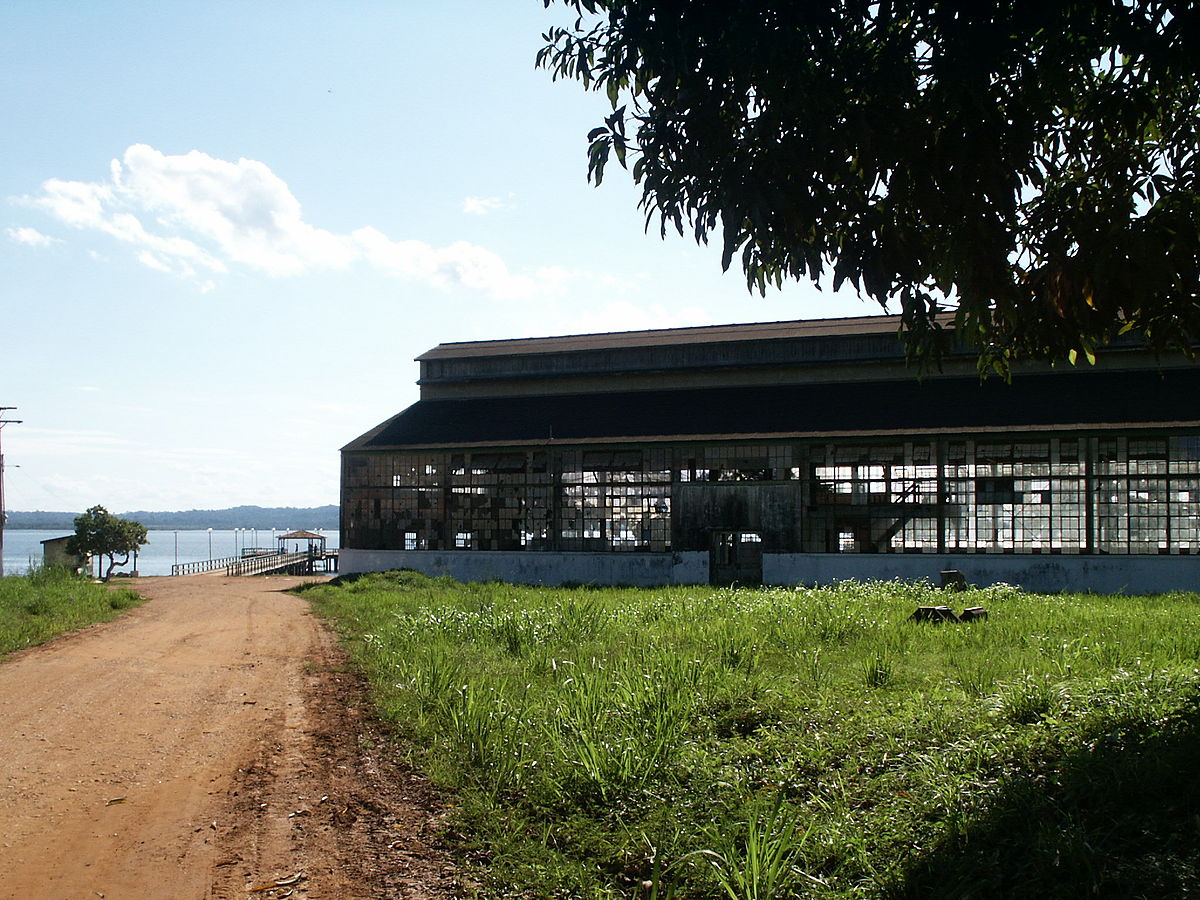 Workers were also fed “American food” (such as hamburgers) instead of what they ate traditionally, and they were forced to work during the worst time of day (midday) in an equatorial tropical rainforest, resulting in labor disruptions.

Eventually, a full blown revolt broke out, causing managers to flee into the jungle; it ended with the intervention of the Brazilian army, but by then, Fordlândia’s future was thrust into doubt.

The Ford Motor Company attempted to right their errors by developing a second community known as Belterra, but when synthetic rubber was developed in 1945, funding sources dried up for his ambitious rubber plantation projects.

This eventually led Henry Ford’s grandson to sell the plot at a massive loss (about $200 million in 2015 dollars).

Today, Fordlândia is a thought provoking stop for those on Amazon River tours, and its buildings are presently occupied by squatters, who use the formerly infertile hillside fields to grow food crops such as beans, corns and rice. 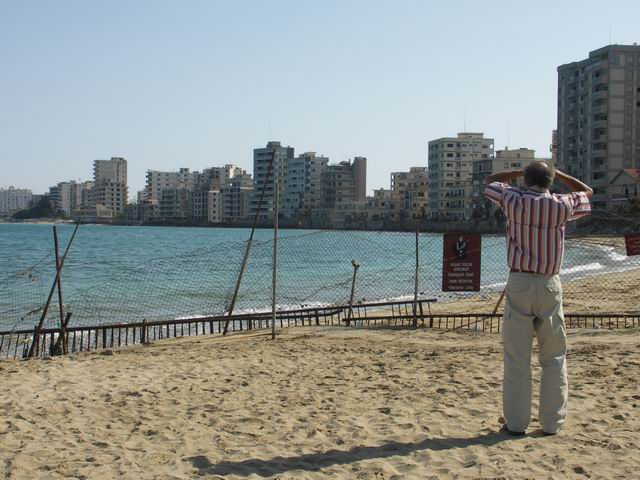 Varosha was a tourist town that had been a popular place for the rich and famous to vacation prior to being invaded by Turkish forces in 1974.

The likes of Richard Burton and Elizabeth Taylor had raved about this stylish holiday destination, and a building boom was well underway when time suddenly came to a halt for this slice of Cypriot beach paradise.

On July 20th, 1974, with Turkish forces advancing rapidly from the east, and Greek Cypriot troops coming from the opposite direction to meet them, Varosha’s residents fled fearing for their lives. 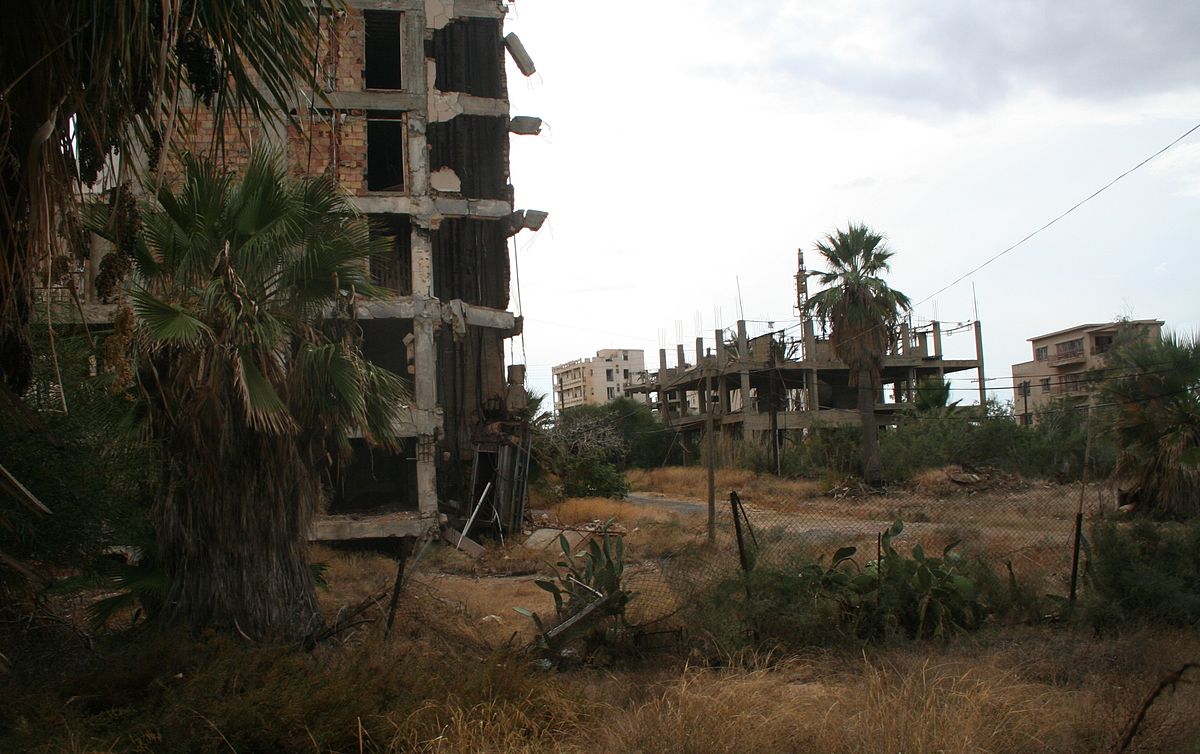 After the events of that fateful year, Varosha ended up on the Turkish side of the line, and has remained under army control ever since.

Due to its value as a tourist draw, the Turks have held Varosha in a state of limbo since their occupation began, as they have realized its value as a bargaining chip in political negotiations.

Sadly, public access is forbidden (don’t try to engage in illegal urban exploration, as army patrols have orders to shoot interlopers on site), though curious tourists can catch glimpses of its crumbling hotels from the other side of the fence on Famagusta’s beach, and from rooftops of resorts located within a stone’s throw of the security perimeter.

Top 5 Places to Relax and Rejuvenate in Europe!
The coolest Island you've never heard of: Lanzarote!
Bustling Buenos Aires: Things To Do In Argentina's First City