I like Tom Tom, and apparently, so do others as I found out back in Philly last week when somebody broke into my friend’s car and took hers (I guess it’s the season of “giving? anyways right). But the real reason I like Tom Tom isn’t necessarily because of their products, it’s because their creative advertisements, digital media and progressive company mindset. They are always giving away free stuff and holding cool competitions like a few months back where they were letting people drive a GPS enabled car around islands like The Seychelles and having them map it.

I just saw their most recent video (you can watch below) and I actually cracked up. They made fun of a lot of other videos that went viral and put a spin on them. But the end goal was to promote a new contest they’re holding called “Unwrap the World” which includes a well made online game for a chance to win 1 of 6 driving adventures for 4 people in famous overland routes including the Garden Route in South Africa, Grand Alpine Tour around central Europe, The Malaysian Roundabout, Coastal Route in Australia, Ruta 40 in Argentina and the good ole’ Pacific Highway in California (been wanting to ride a motorcycle down that one for years now). 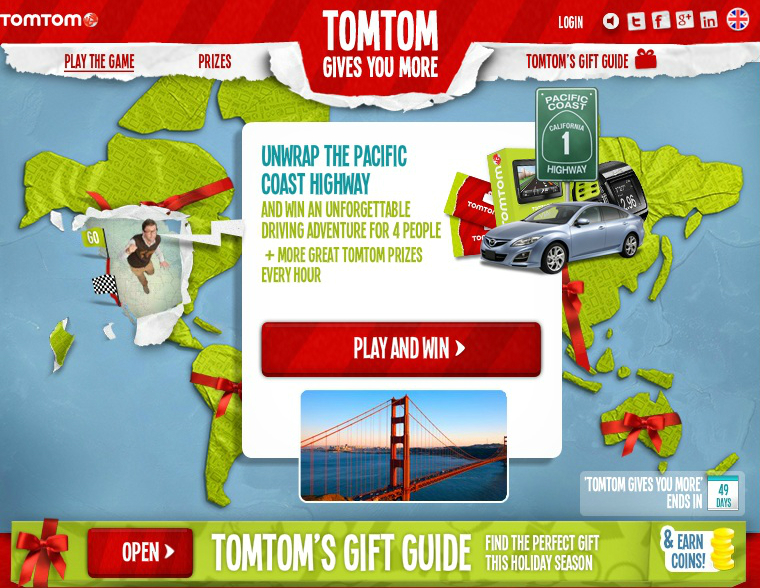 Basically all you have to do is chose which trip your most interested in, play the online game, and then submit a video of why they are the right one for the trip. What’s cool is you can make a song, funny short-movie, poem, spoken word, hell anything as long as it’s creative! Check out the video, you’ll crack a smile.

Europe's Best Festivals!
A Fun Trip to Leicester for the Entire Family!
Get Off the Beaten Path in Maui