Visitors have been flocking to Brighton ever since the then Prince of Wales made the city fashionable in the 18th century. While its proximity to London means that house prices are high, a large population of students and artists ensures plenty of scope for entertainment on a budget. Check out these 10 cheap things to do in Brighton, England!

People watch in the Lanes 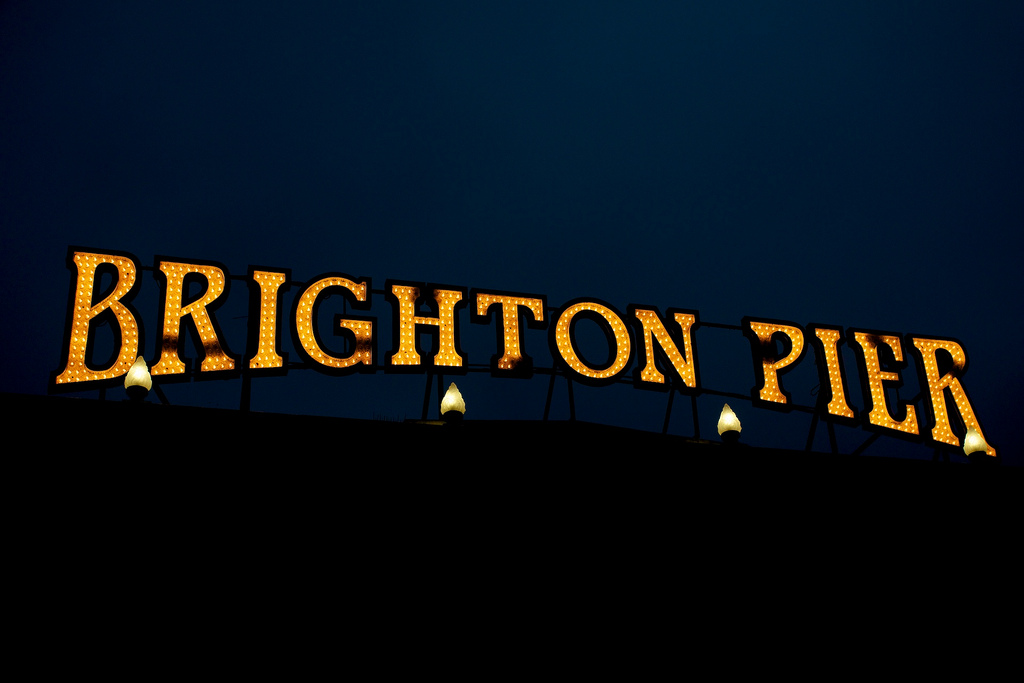 The North Laine area is a magnet for the weird and wonderful. Quirky shops are filled with quirky people, and a festival-like atmosphere pervades. If the temptation to physically shop proves irresistible, it’s still possible to make £20 go quite far thanks to a plethora of second-hand shops.

Stroll along the promenade 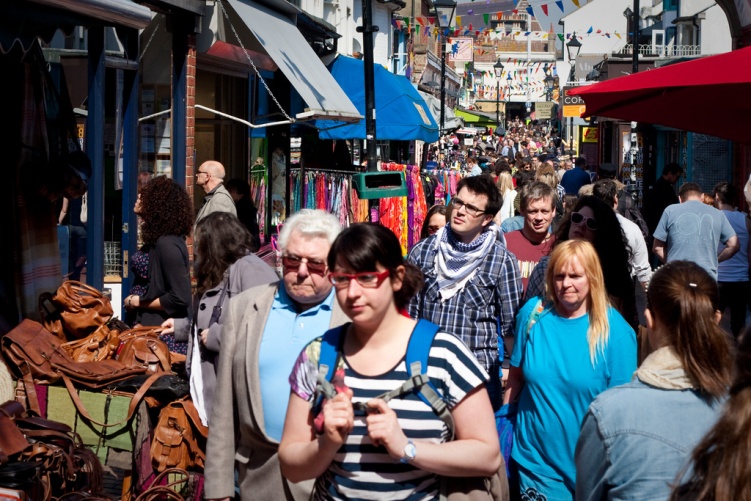 Brightonians love their promenade, which stretches from Hove to Brighton Marina and provides a amiable way to see and be seen. The wide pathway is bordered on one side by brightly coloured beach huts, and on the other by the beach itself.

Stop for a chat with anyone from professional roller skaters to international students studying at ESL Languages.

No trip to Brighton is complete without a trip to the city’s iconic pier. Built in the 19th  century, the pier has appeared in a range of films, such as Quadrophenia, Mona Lisa, The End of the Affair, and Carry On At Your Convenience. The pier costs nothing to explore, but if the dodgems or rollercoaster appeal, then £20 will be more than enough to pay for a few rides.

Devil’s Dyke, situated just north of Brighton, is the longest, deepest and widest dry valley in the UK. It offers a stunning panorama from its summit – described by none other than John Constable as ‘the grandest view in the world’.

Watch a band or two

Brighton has a burgeoning music scene, having produced a number of artists such as Bat for Lashes, Fatboy Slim, the Kooks and British Sea Power. On any given night, the city’s bars and pubs have a range of live music – most of which is free.

Back in the 18th century, Brighton was known as the Queen of Watering Places. This was due to a Dr Richard Russell, whose famed ‘seawater cure’ involved bathing in Brighton’s bracing sea.

Nowadays, sea swimming is as popular as ever. Even during the winter, hardy members of the Brighton Swimming Club can be seen venturing out into the water. During the summer months, lifeguards keep watch over eager swimmers.

Marvel at the Royal Pavilion

Built as a pleasure palace between 1787 and 1823, the Royal Pavilion is a wonderfully outlandish building that has to be seen to be believed.

Hove Lagoon is a small boating lake situated a stone’s throw from the sea. In fact, the water in the lagoon is sea water, pumped in by an ingenious Victorian device. If the sun’s shining, the grassy area around the lagoon is a nice place to watch various watersports and grab a drink from one of two cafes.

Brighton has a number of festivals that have plenty of free or low-price events. They include the flamboyant Brighton Pride in August, the Brighton Festival and the Brighton Fringe in May/June, and the Burning of the Clocks winter solstice celebration.

Marvel in a museum

There are couple of museums well worth visiting in the city. The Booth museum is home to a bizarre collection of taxidermy, while the Brighton Museum & Art Gallery is home to a pair of breeches worn by George IV.

What are the Challenges that Affect Disabled Backpackers?
Top 5 Tourist Attractions in Birmingham
Vacationing in Crappy Economies!