The land of Tasmania is one of legend, mystery and pristine natural beauty. Located in the center is Hobart, the island state’s capital city. The city earned its nickname “On top down under” from its early days as a penal colony to its enviable status as a tourist destination today. The city is actually the second oldest in Australia, and its residents are called “Hobartians.” Lonely Planet recently awarded Hobart seventh place on its “Best in Travel 2013” list. Finding exciting things to do during your stay in Hobart is easy: Begin by trekking around the city Lonely Planet also ranked 91st as the “Best City in the World” to give you a taste of all Hobart has to offer.

No trip to Hobart would be complete without a stop at each of the city’s main landmarks. First, near the city center, you will find the second oldest botanical gardens in Australia—the Royal Tasmanian Botanical Gardens. Here, the collection of significant plants alone would captivate a botany enthusiast for the length of their stay. The Tasman Bridge, which connects Hobart’s two shores, is a fantastic place to observe passing boats and enjoy a sunrise or sunset. For architecture buffs, the Hobart Synagogue offers two significant must-sees: It is the oldest synagogue in Australia (consecrated in 1845), and it is also a rare surviving representation of Egyptian Revival architecture. 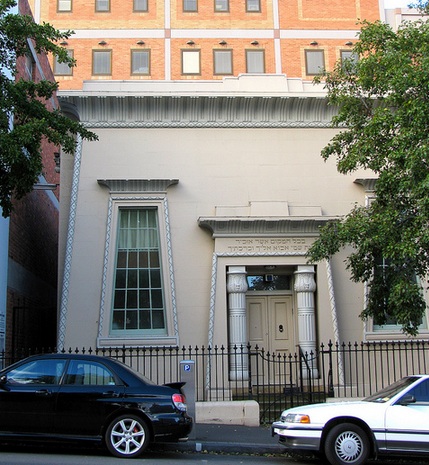 The final two landmarks are connected—passing through Fern Tree, Tasmania’s highest-elevation community, you arrive at Mount Wellington, which looms beyond Hobart’s skyline. Bearing a full snowcap much of the year, the peak provides a lovely backdrop to urban vistas. 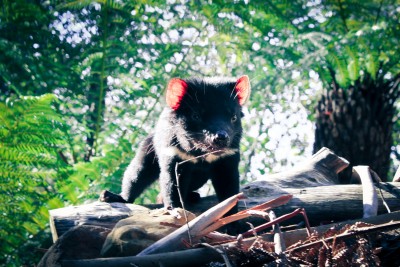 Although Tasmania might be best known for its unique native inhabitant, the Tasmanian devil, this small carnivorous marsupial is all but extinct today. The mouse-like creature is distinguished by several features, including its ability to administer the most strenuous bite per unit of body mass of any predator mammal. Because of its exclusivity to Tasmania and its recent rarity on the island, many naturalists, biologists and nature enthusiasts include a sighting on their list of top things to see while visiting Hobart.

In addition to the historical color lent by some of Hobart’s most famous past residents, including the escaped convict and cannibal Alexander Pearce, William Buckley, Joseph Potaskie and others, the city owes much of its existence to the need to house convicts, who did much of the manual labor required to establish the city. Despite its origins as a penal colony, many convicts eventually distinguished themselves as industrious, law-abiding citizens who used their deportation to make the most of a chance at a new life. Because Hobart is so isolated, the cost of living continues to be relatively low, making it a popular destination for tourists and residents alike.

With just over 210,000 residents and an international cultural background, Hobart hasn’t changed much from its founding days, when convicts from around the globe poured in to populate the community. Today these influences are felt in the music, art, theater, cuisine, and sports, giving locals and tourists alike numerous events and activities to enjoy. With over a hundred Hobart hotel accommodations to choose from, there is no bad location in the city to stay. The majority of hotels offer proximity to places to enjoy world-class music, food, plays, outdoor activities, sightseeing, and of course, walks into history as you visit any number of “convict heritage sites” that paved the way for Hobart to become the cosmopolitan city it is today.

About the Author: Ward Remoken teaches history in the university system and is a proud Hobartian.

Beyond The Beach in Jamaica
Sydney Spotlight!
Beyond the Outback: Brisbane!