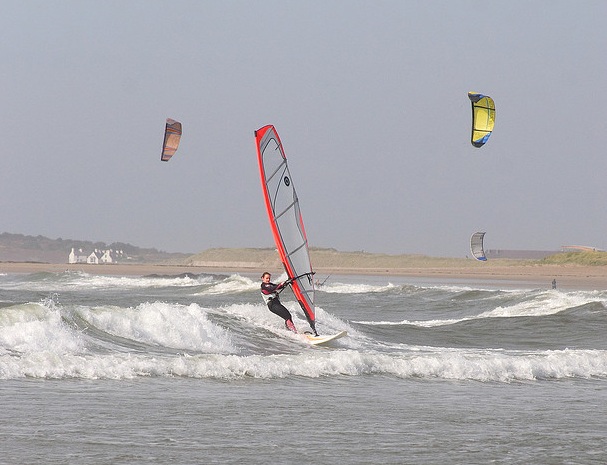 I’m a huge fan of adventure holidays; if it involves climbing, running, being wet or facing an angry herd of animals, I’m there. I’ve been lucky enough to enjoy a few adventure holidays abroad during my time, but the truth is, I’ve got my sights set on some challenges closer to home. A lot of people might be smirking at this point, but I’m serious – the UK has a lot to offer if you’re a thrill seeker.

OK, my first choice of adventure holiday might leave you somewhat confused – I’d very much like to take to the Norfolk Broads for a week and enjoy a boating holiday. It’s hardly white-water rafting in Colorado, but it’s serene, quiet, and there is the possibility of getting lost in the most charming way. Plus, I don’t understand the Norfolk accent very well, so asking local people the odd question could be an adventure in itself. Who knows where I could end up? A friend once told me that Norfolk folk don’t like outsiders, so I could always wear a t-shirt proclaiming that I’m from London, and wait for the action to unfold. I’m kidding, of course. I like Norfolk, and not all adventures have to be white-knuckle experiences. Look at the Famous Five – they never went skiing on a glacier, and they had loads of things written about them.

I’m a fairly competent windsurfer, but I’ve never tried kite surfing. Maybe it’s my fear of being dragged out to sea and carried off by a whale. However, I have some friends that spent a few weeks last year kite surfing off the Welsh coast, and they absolutely loved it. I’m told that you can have a few sessions with an instructor first, which I’d find incredibly handy – I’d find it rather hard to get used to the feel of a kite, instead of a sail, and there’s much more power propelling you along, which I’m sure I’d find terrifying. Maybe I’m just worried about being lifted away. Either way, I’m planning on doing it soon as my fear of whales dissipates.

Potholing is another activity I’d love to try, despite having watched The Descent and being fervently grateful at the end I was not in a cave with a bunch of ghosts. I’ve been told that the Peak District is the best place to go, but apparently there are some good caves in Plymouth that deserve to be explored. I think I just like the idea of pushing myself to the extreme in an enclosed environment; and it’s the environment I’m most interested in. The caves that potholers see have taken thousands of years to form, and the crystal and clay formations that I’ve seen pictures of are breathtakingly beautiful. Unsurprisingly, there are so many safety guidelines that have to be adhered to – and here’s the best part. Without light, you’re effectively lost. Imagine how disorientating that must be – crawling around in the dark, unaware of what’s happening in the outside world. The recluse in me loves the sound of that. The claustrophobe doesn’t.

I know that hiking evokes images of tired families fighting about where they left the car, but I reckon that hiking in the UK has got to be something we should all try once. Happily, I’ve tried this one already (Cornwall, about five years ago. Highly recommended), and next time I’d like to try the Kerry Way, which is in Ireland. It’s 118 miles long, and is supposed to take nine days to complete at an average pace. I’ll be honest here – I’ve walked 50 miles in 24 hours for charity, so I reckon I could get round the course in less time, but that’s not the point, is it? This is the kind of walk that doesn’t sound very exciting on paper (many descriptions of ‘mighty trees’ and ‘crashing seas’ lurk on the internet), but I like the idea of walking day in, day out. It’s the pointlessness that really appeals to me – and the idea of watching my waistline shrink as my feet fall to pieces.