The following is an interview with a pretty bad ass dude, Dwight Worker.  What’s special about Dwight? Yea he’s protested and been beat for standing up for civil rights in the 60’s, yea he’s helped sink whaling ships in the 90’s, but probably the most amazing thing Dwight has done is, escape from the most dangerous prison in North America…dressed as a woman.  After being caught smuggling cocaine in an arm cast at Benito Juarez Airport in Mexico City, he was arrested and sent to Lecumberri Prison.  He spent two very rough years there (you’ll read why below) until he managed to escape with the help of his wife. Dwight has recorded his amazing story in his book, ESCAPE FROM LECUMBERRI and you can read more about him and his amazing life on his website, DwightWorker.com 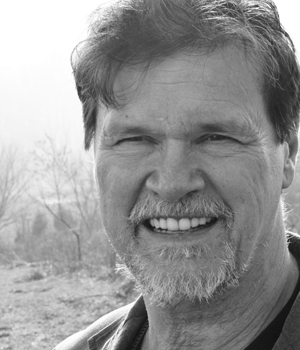 I first heard about you on one of my favorite shows, Locked Up Abroad. How was the experience creating your episode?

It is always strange seeing your real life portrayed in video.

For about 30 years, I had refused to do any video interviews about my experience in prison in Mexico or of my escape. So when National Geographic approached me, my first response was negative. But after a few conversations, I began to trust them. Then I asked Barbara and my son if they would object. I felt I needed their permission. They gave it to me, and so I consented with Nat Geo.

Working with the staff of LOCKED UP ABROAD (LUA) in London was quite pleasant. They were great professionals, and very decent people. National Geographic holds up a high bar of integrity, and I felt the LUA staff did a good job. Their primary constraint was the 48 minutes they had to edit all the material into. My story simply needs 2 hours, and anything less than that is cutting too deep. But we knew that going into the project.

There was a scene in the show where you were almost raped by other inmates and ended up getting stabbed.  How often did you have to fight to protect yourself in prison?

For most of my time in Lecumberri Prison, I was isolated from the other U.S. and international prisoners. The prison officials did this because they considered me a ‘lider’ (leader) for resistance. So I was sent to the interior of Lecumberri prison to be with mostly the long-term, hardened prisoners. I was the only non-Mexican prisoner in dorm ‘A’, which held 400 mostly recidivist murderers. I had no one to back me up. So it was fight, or yield to whatever they wanted to do. For better or worse, I fought. Because of it, I got stabbed four times and had several long stints in the hospital.

But eventually, after I was off the ‘castigado’ (punishment) sentence, they allowed me to fight other prisoners one-on-one, either with light gloves or hand-to-hand. And I loved that. To finally have a fair fight with your enemy and beat the shit out of them was pure joy to me. I found that I did not have to maul many guys before the rest of them left me alone. And that was all that I wanted, for them to just leave me alone.

So I probably had 25 vicious fights, and another 50 quick push-shove-punch fights. There were times when I had more than one fight in a day. It was like that in Lecumberri, the hardest prison in the Americas, with its 200+ murders a year.

Wow, seems like a pretty ruthless place, I guess it was truly fight or die. The show ends with you successfully escaping from Lecumberri Prison in Mexico City (the only other person besides Pancho Villa in 1912!) dressed as a woman and fleeing to the US in 1975. Do you ever still worry about being extradited back to Mexico?

No, in Mexican law, it is NOT illegal to try and escape from prison, IF you do not damage state property or commit violence to people. In effect, they give you a running chance. But if you escape, whomever the authorities deem responsible for having let you escape must do a prison sentence equivalent to your sentence. So they had MAJOR incentives to prevent any escapes. Then ‘la ley de fuga’ (the law of escape) applied. If they caught you trying to escape, they killed you. So effectively, you had one chance to try to escape. The proverbial ‘do or die’.

Also, the U.S./Mexico extradition treaty only allows extradition for heinous crimes. My escape from Mexico was none of that.

I also testified before the U.S. Senate and Judiciary and Foreign Relations Committees supporting the U.S./Mexico prisoner exchange treaty. There I met a number of U.S. Senators, including the future V.P. Joseph Biden. I think this gave me some protection too.

You’re a pretty avid traveler according to your website, what has been the best place to you’ve been to and why?

Bicycling across SE Asia for two winters was simply spectacular. Beautiful, safe, and oh so interesting. East Africa is magnificent. The eastern slopes of the Andes in Peru and Bolivia  are enchanting. Canoing the Boundary Waters at the U.S./Canada border is a great local trip.

Where would you like to travel to most and why?

There are places I would like to go to, but am not for safety issues. I really want to ride my bicycle across Russia, and from Ethiopia to Mozambique. But I am getting too many warnings from former students and international travelers. So it looks like my next bicycle trip will be across South China and Myanmar instead.

South East Asia is simply wonderful for bicycle touring. I will ride New Zealand and Australia too. I want to spend a summer or two pedaling France and Germany, and visiting friends there.

The world is so big and wonderful. There are so many places to go, things to see, and simply not enough time to do it! But I will try. 🙂

Sounds like you’ve got quite the itinerary yet to tackle!

A big thanks once again to Dwight for sharing his amazing story with The World or Bust!

The Most Beautiful Places in Mexico that You Need to See
Best Neighborhoods in Mexico City – Polanco!
Radiohead in El Deee Efffeee Cabron!