Many visitors flock to Australia for its sunny beaches, unique wildlife and picturesque wine country, but there’s a darker side to explore. If you believe in ghosts, you won’t want to miss the most haunted places in Australia! 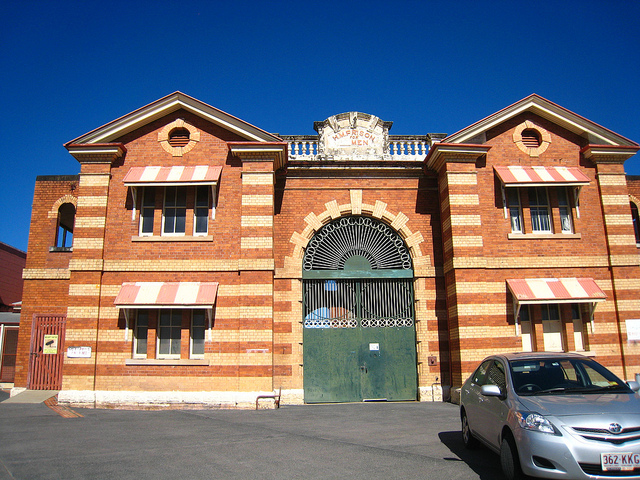 Although this community centre in Fremantle, Western Australia is now a hotbed of quaint arts events and live music performances, it spent a good period of its 150-year history as an insane asylum. Today it’s not only a favourite hotspot of knitting enthusiasts and indie rockers, but also draws its fair share of ghost hunters. Visitors have noted eerie happenings ranging from moving lights, sudden drops in temperature, and unexplained voices. It’s believed to be one of the most haunted locations not only in Australia, but in the world.

The spirits of two adolescent boys are believed to reside in the Studley Park House, where ghostly apparitions are sometimes seen. The first drowned in the nearby dam in 1909 when the property was used as Camden Grammar School. His body was stored in the school’s cellar until it was time for burial. When the school house was transformed into a residence, a 13 year old boy died inside of appendicitis. It’s though that the spirits of these two boys now keep one another company inside the house.

Perhaps the most notorious haunted property in Australia, the Monte Cristo Homestead was originally constructed by the Crawley family in 1884. This classic Victorian manor house overlooks the town of Junee, and is said to be haunted by the various members of the Crawley family. It’s said that Mrs. Crawley never really recovered from Mr. Crawley’s death, and that her spirit can be seen wandering the halls in grief to this day. Visitors have also been plagued by screeching sounds, unexplained lights, and even mutilated animals. All of this makes it one of the country’s top hotspots for ghost hunters.

The infamous Boggo Road prison held many of Australia’s most famous inmates, many of whom were on death row during their stay here. The prison has a rich folklore stemming from its rough and tumble history, from riots to executions. Although it doesn’t operate as a prison any longer, Boggo Road is now a popular site for ghost tours.

Located in Canberra, the National Film and Sound Archives are situated in a gorgeous period art deco building. However, this building hasn’t always been used to store noteworthy films and sound recordings. Until 1984, it was the Australian Institute of Anatomy, storing body parts instead. The downstairs corridor was used to house human skulls, and is now a thriving area of ghostly activity. Visitors claim to have seen objects thrown across the corridor, along with hearing ghastly moans. One contractor was even pinned against the wall by an unseen force. A visit to this building is not for the faint of heart.

You’ll need to spend the day immersed in Australia’s sunshine and jovial atmosphere after visiting any of these spooky sights!