On my recent trip to the Philippines, I had the pleasure of visiting the Philippine School for the Blind in Manila. My friend Mark is in charge of PR and fundraising for the school, so I thought it would be respectable of me as a friend and foreigner to check out what the school was all about.

I am no stranger to seeing the true ingenuity and almost unbelievable talent many visual impaired people possess. Human beings are remarkable in many ways, but take away one of our senses be it sight, hearing, or speech, and we just find ways to make things work.

My grandfather who recently passed away was very passionate about helping the blind and spent the majority of his life teaching art to visually impaired individuals in Philadelphia and at a special summer camp in the Pocono Mountains of Pennsylvania. He took me on multiple occasions to see his class in action as well as art shows put on by the blind and I have to say, the things they produced were 10 times better than I or most people who can see could ever do, especially because many of the artists had never seen the light of day, i.e. blind from birth. 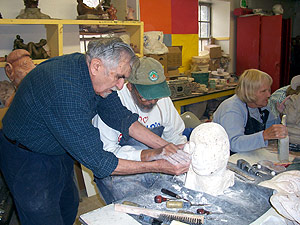 So, thinking how much my late grandpa would have enjoyed visiting the school, I decided to make my way to the campus in the Malate neighborhood of Manila with fellow travel blogger and friend Anthony Middleton of Man vs. Clock.

My first impressions of walking into the guarded school compound (normal for everywhere in the Philippines to have an armed guard) was that it looked like any other school I’d ever seen. There was a nurse’s office, an open space for the kids to play, playground and even slides coming from the 2nd floor to the 1st level, sign me up! 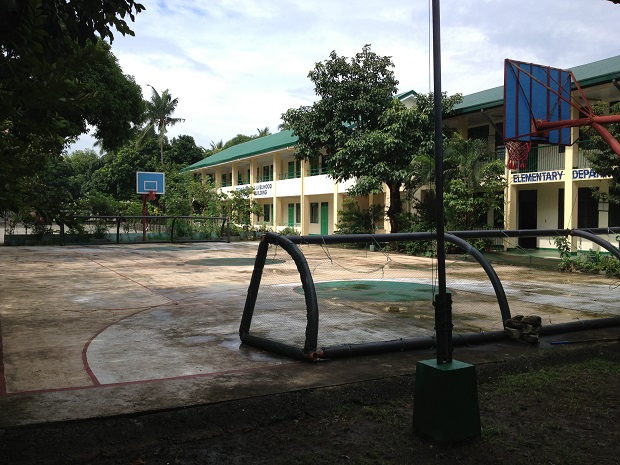 I told Mark, “wow these kids got it great! They even have slides instead of stairs”. He then informed me that the slides weren’t for fun, but were actually in case of a fire so the students could escape quickly, pretty smart. 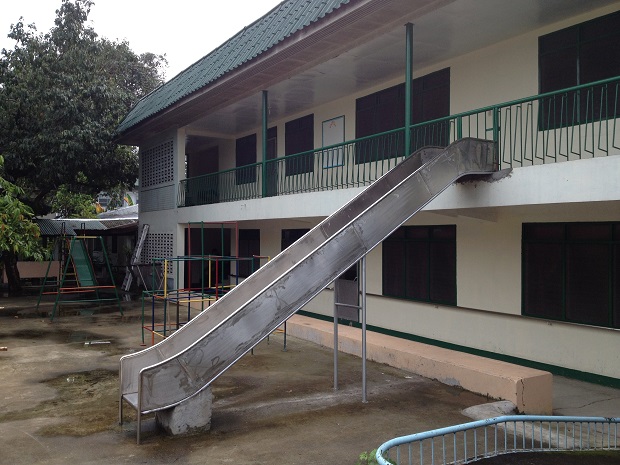 We continued to walk around the campus, and amazingly, Mark knew almost every student. He would call out their names, go over and put his hand on their shoulders so they would know it was him and then give them a hand shake (they often returned with a big hug and ear-to-ear smile).

We then got to walk into some class rooms and see the students in action. Classes as you can imagine, are much smaller than a traditional one, so the students get more attention. Believe it or not, not all of the teachers can see themselves! We met one young man in the hall who was walking with a cane rather fast down the hall. Mark called out to him and we walked over. He seemed to be in a rush, but smiled of course and introduced himself. Mark then told us that he was one of two students to graduate from the school and went on to finish college, he’s now the English teacher for the school. 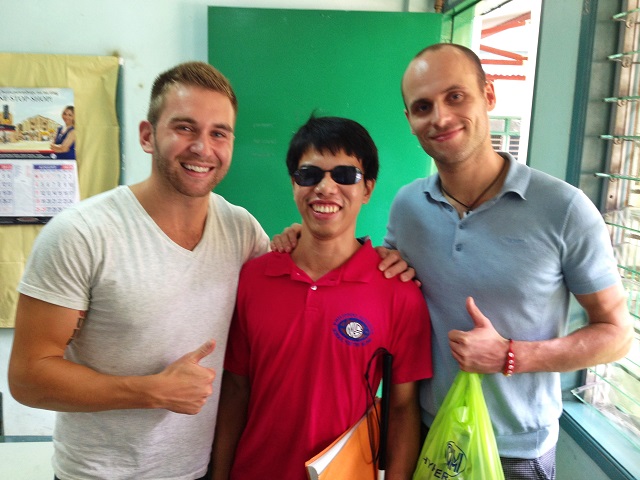 We then walked into his class a few minutes later after he began, and when he heard our voices, said, “students! we have visitors!”, every student shot out of their seats and said, “Goooood Mornnnning Visitors”, it was really great. 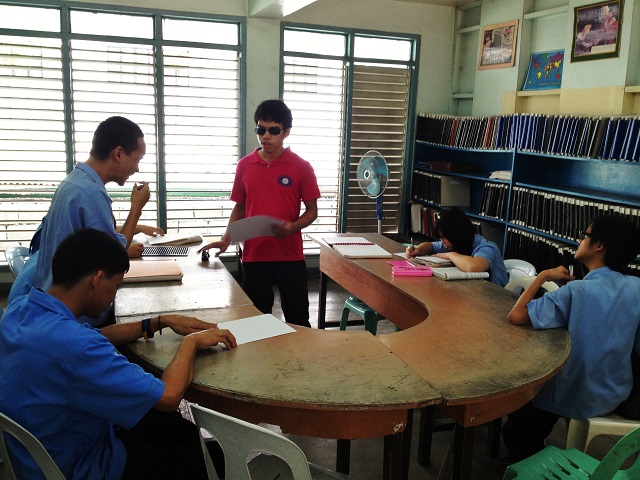 Our next stop was the dormitory. We were introduced to the house dad who had just finished cleaning up the dorm room, which looked immaculate by the way. 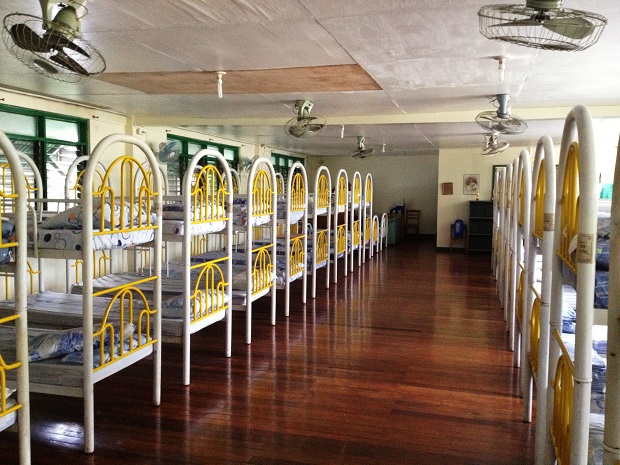 Many of the students are from the province, so going home everyday isn’t really feasible. The majority of kids spend the week at the school and then their parents come pick them up to spend the weekend at home.

Our last stop was probably the most amazing, math class. We of course got the same greeting from the students in the English class and then they got right back to work. Their teacher explained a little bit to us about how visually impaired students do math and it was pretty impressive. They use a metal tray looking device with a bunch of tiny holes that the students put multi-faced pins into and depending on which direction the pin is facing, it represents a different number. It just goes to show how much more tuned a visually impaired persons’ sense of touch is. I tried to do it myself and couldn’t feel the difference on the pins. I told the kids to show me a zillion and they frantically spilled out all of their pins and got going on the impossible task, I relieved them a couple minutes later…

In conclusion, it was extremely inspiring to not only see these happy kids learning in such a unique way, but to know that there are schools like these to help visually challenged people in a country that isn’t the most handicapped friendly. If you would like to find out more about the Philippine School for The Blind or how you can give a visit, a donation or learn more about the visually impaired educational system, email my friend Mark who works for the James Mackay Foundation which is the main sponsor of the school at marklester87@gmail.com.

You can also donate directly by going here! https://gogetfunding.com/fund-for-the-blind-kids-in-ph/

The Best Betting Sites in the Philippines in 2022
Philippines Travel Guide for 2022
Does Boracay, Philippines Live Up to The Hype?