U.S travelers who need to get around but want to keep it green are in luck. The Boeing 787 Dreamliner, the most fuel-efficient plane ever produced by the company, as well as the first ever airliner composed of mostly composite materials, has been embraced by United Airlines. United is the first U.S airline to offer flights on the new aircraft.

The Dreamliner has been tailored to maximize accessibility and comfort for all passengers, with specific alterations made to accommodate passengers with disabilities. Compared to the comparably-sized 767 Boeing model, the state-of-the-art 787 Dreamliner needs 20% less fuel to operate. 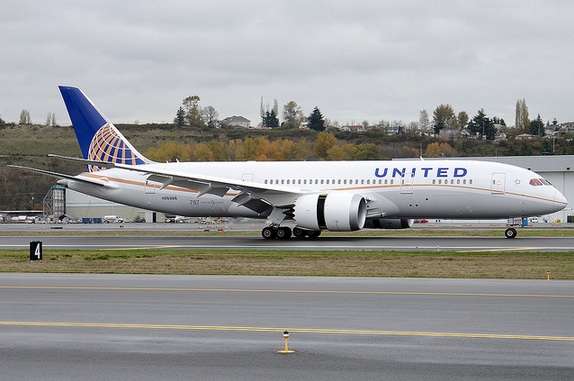 News about the new plane started buzzing during United’s First Look event held at the Boeing Paine Field this past August. A flurry of tweets came rushing in from people wanting to get the lowdown on the 787 Dreamliner routes.

While its unveiling was originally planned for November, delays have pushed the first flight to just days after the start of the new year. Daily service between Los Angeles and Tokyo will commence on January 3, 2013. Following this, on January 7th, will be five-day a week nonstop flights between Houston and Lagos, Nigeria.

Denver and Narita flights are available so you can lock down your United Airlines booking on the Dreamliner as we speak. For travelers staying within U.S territory, the company will be announcing their domestic destination plans soon. If Delta is your American airline of choice, they too have ordered Dreamliners as well, so keep an eye out for when they are delivered to secure your ride on a Dreamliner with a Delta Airlines Booking. Whether you’re planning ahead on a future summer vacation or want to check out the new ride as soon as it is unleashed, keep with United on their site to see which routes will be taken by the world’s best airliner.

Los Angeles: The Best Spot For Aspiring Creatives
No Matter Your Pleasure, You’ll Find It In Tokyo
How to find out interesting things to do in Tokyo