Most people don’t go to the Philippines to enjoy the quaint, pedestrian-friendly cities (because they don’t exist). In fact, the cities in the Philippines are pretty much a nightmare minus a few areas in Manila like Makati and Fort Bonafacio, parts of Cebu, etc. Even in the most provincial of cities there is bad traffic because usually, there is just one main road that everyone has to use to get around. Overland travel is also brutal as there are only a few western-style highways and you can basically bet on your average speed being 35 km/hr…anywhere.

I might be the worst travel blogger in the world for saying this, but I in fact hate traveling, overland travel especially. Don’t get me wrong, I love getting places, but while most people can relax and enjoy their countless hours bent at 90 degrees reading their kindles, listening to music, and eating peanuts, I’m going bonkers and being mean to people.

So after an unexpected 8 hour bus journey from Manila to San Fernando, La Union to do a little surfing (Google maps said 4 hours), I basically refused to do the full journey back to Manila, so I decided to stop somewhere on the way, that place was Baguio City.

I had heard about Baguio last time I was in the Philippines as it is marketed as the coolest (literally) city in the Philippines at a highland elevation of 1450 meters (4760 feet). That sounded nice after the sweltering heat along the coast, so I got on a bus (FML) and headed inland. The journey believe it or not is only 36 miles, but takes about 2 hours. Why you ask? Well, minus the aforementioned facts about overland travel in the Philippines, the road  to Baguio is almost vertical the entire way, with some of the most jackknife switch backs I’ve ever experienced (let alone seen a bus take on).

As we began to climb higher and higher, the landscape began to change from tropical palms and other weird looking Jurassic Park-esque foliage to pines and conifers, interesting. I didn’t think I would ever see a city of 300,000 people at the top of the mountain we were scaling, but sure enough, when we finally crested the last peak, there it was, Baguio city, at the top of the world.

From the second we got into the city proper, I was instantly intrigued by the way the roads were laid out (long curving avenues ) and the architecture which looked strangely out of a turn of the century American western town. There were wooden buildings begging for paint, Art Deco structures that could have been in Miami Beach, tall buildings perched on the surrounding hills and all my American chains I’ve come to love while on the road (Starbucks, McDonald’s, KFC, Pizza Hut, Dunkin Donuts, etc). This didn’t feel like the Philippines, but it felt weirdly homely to me. 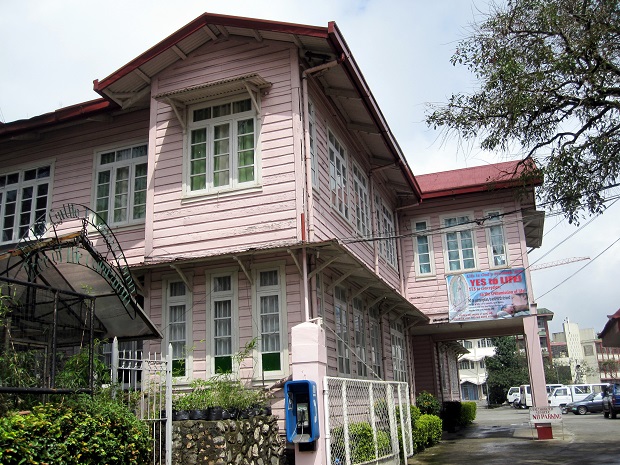 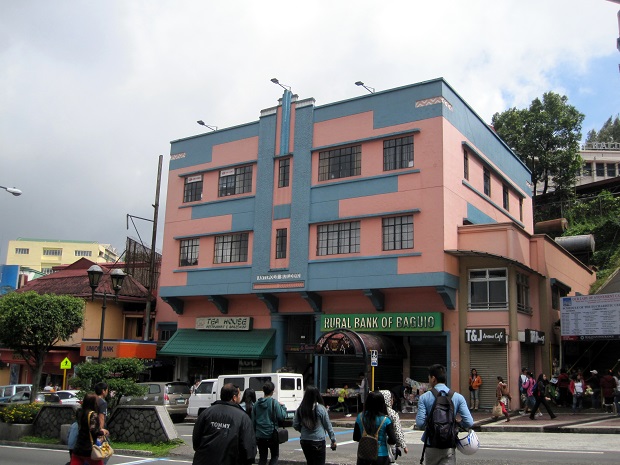 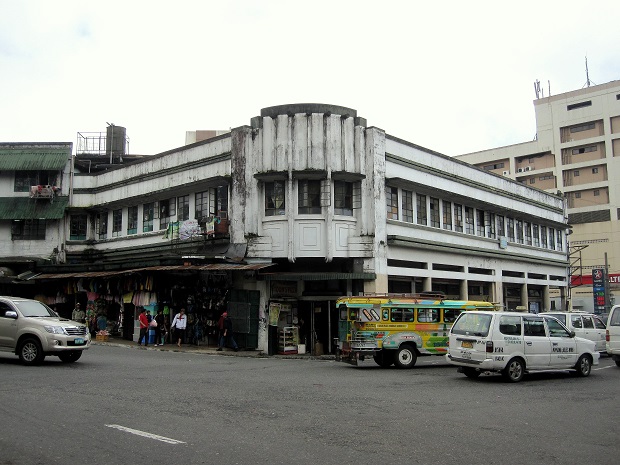 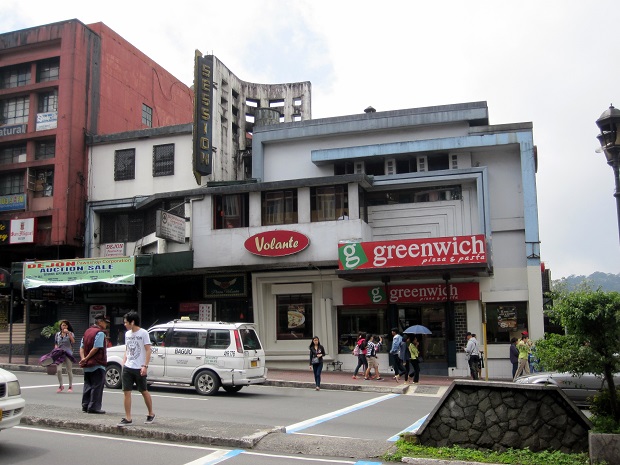 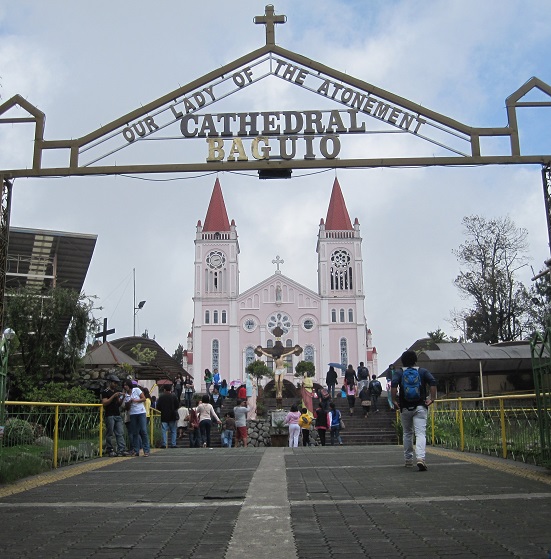 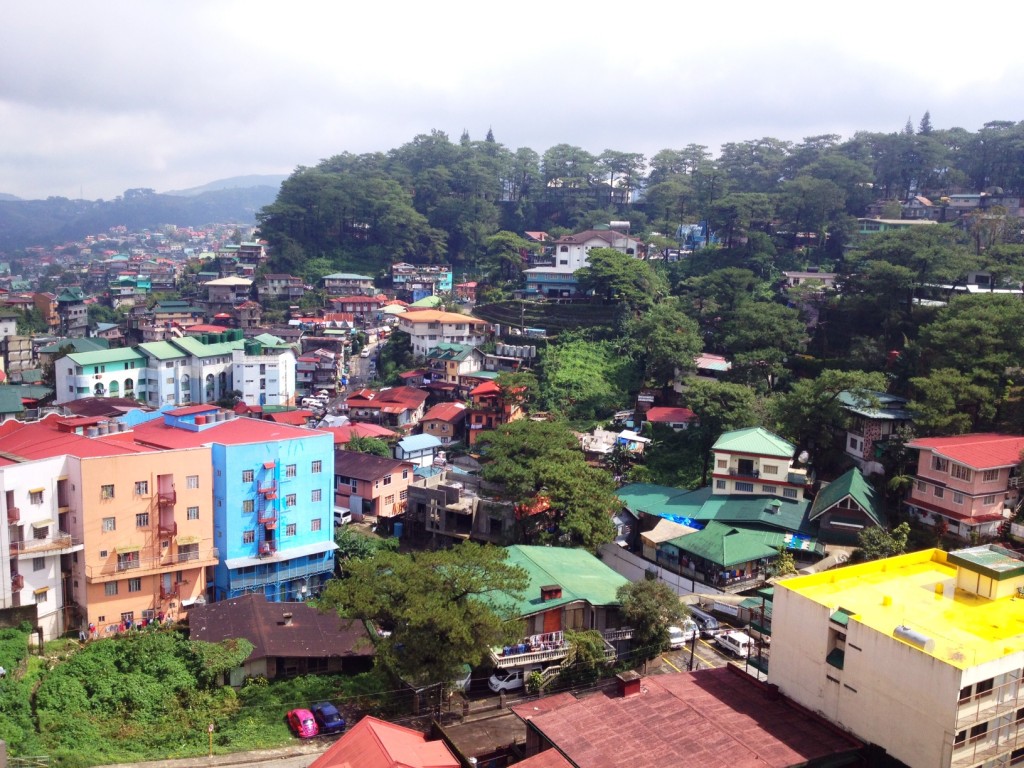 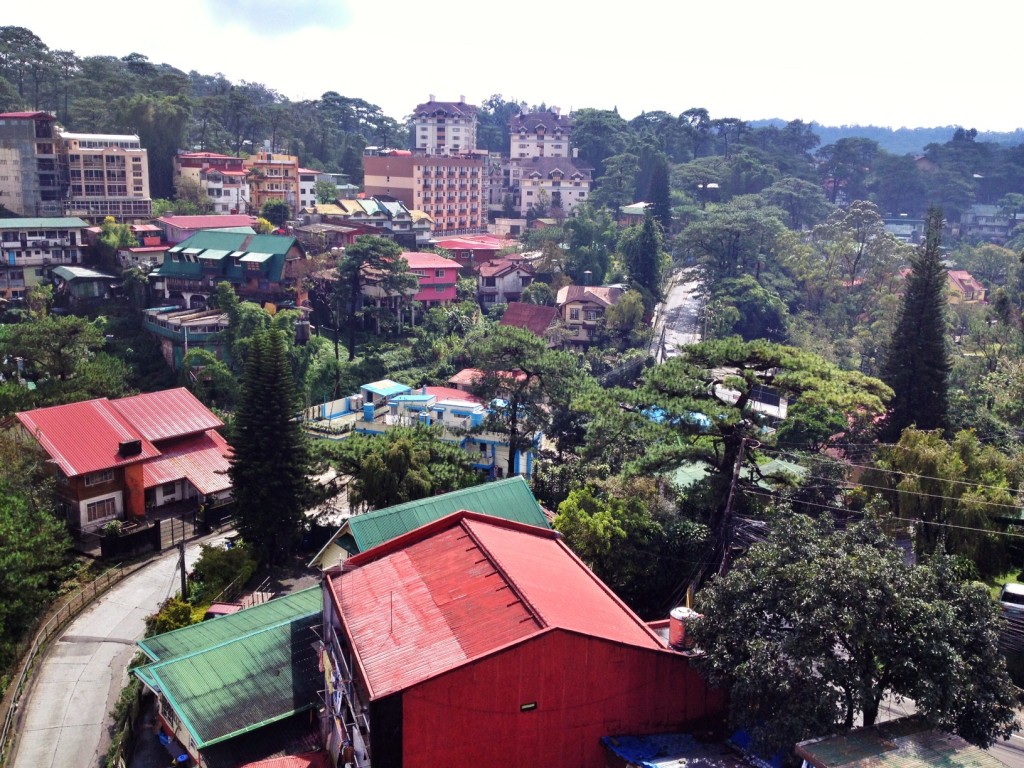 After reading up a little more at my hotel, I learned that Baguio was in fact created by the Americans! If you’re not aware, the US gained control of the Philippines in 1898 after it was handed over by the Spanish at the conclusion of the Spanish-American War. The Americans were running the show until WWII, so there is interestingly a lot of American influenced architecture around the country, but not too many places completely designed and built by the Yanks (especially ones that don’t involve red light districts). Why did the Americans build a city at the top of a mountain in the middle of the Philippines you ask? It’s too damn hot everywhere else, that’s why! From March through June starting in 1903, Baguio City became the “Summer Capital of the Philippines” and every single member of American government personnel  (clerks to generals) packed up their stuff in Manila and headed to Baguio to escape the heat  to continue work and have a little fun.

While there was a typhoon while I was in Baguio City, I still managed to escape my hotel and explore in between bands of rain. The city has a real personality (it’s also known as one of the most haunted places on earth). You could walk around for days admiring the old buildings, historic hotels and scenery. There isn’t trash strewn across the sidewalks like in many Filipino cities, and there are  plenty of parks to relax, notably Burnham Park in the middle of the city which also has bikes for rent to enjoy a ride. 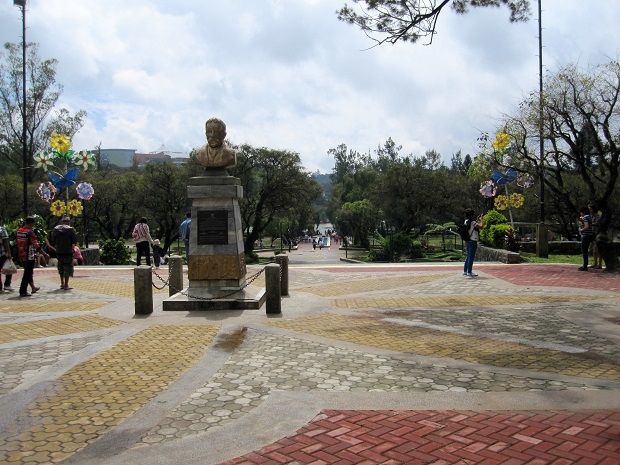 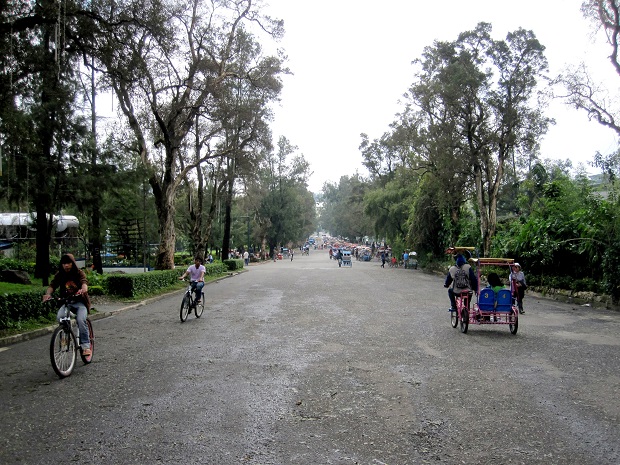 Baguio houses a large student population as well as the city is known as the capital of Northern Luzon (Luzon is the island Manila is on too), so there are plenty of great coffee shops, restaurants, bars, clubs and something every great Filipino city has, a mall, which is right in the middle of town.

I would definitely like to spend some more time in Baguio if I make it back to Philippines, and if you find yourself on the island of Luzon, don’t miss it, just don’t forget pants and a warm coat!

Go Against The Grain And Off The Beaten Track When Visiting London!
Traveling the World’s Most Dangerous Roads!
Exploring The Bygone Escolta District in Manila