Wales is a holiday destination that rivals any of its European neighbors (closest? England of course!). Idyllic national parks, a beautiful coastline and a deep heritage to delve into, there is much to keep everyone entertained, making it a great destination for those cheap last minute holidays. However, Wales’ true gems are its castles. Over 400 have been built in Wales through the ages, with over 100 still standing today. The country has truly earned its title as the ‘Land of Castles’ with fine examples spread across the entire country.

Arguably, North Wales is the destination to head to for a ‘castle hunting’ holiday with some of the most spectacular and most famous examples dotted across the North of the country.

Caernarfon Castle is a medieval castle that has played a fine role in the British Monarchy for hundreds of years and is as iconic an image of a British castle as you can possibly get, being the site where the Prince of Wales was officially invested with his title. Sitting on the mouth of the River Seiont in Gwynedd, the castle is a great place to spend the day exploring. 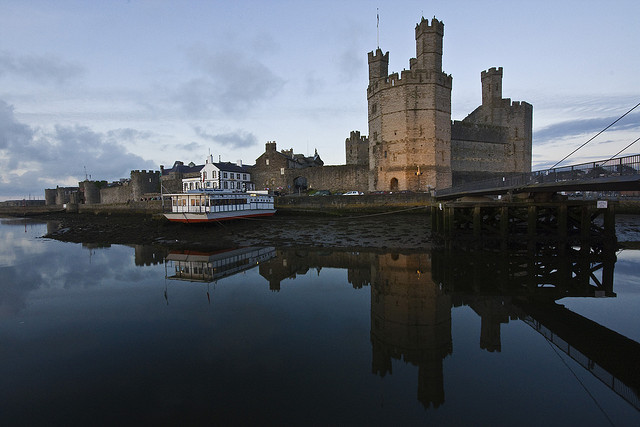 Skip across the waters to the Isle of Anglesey to visit Beaumaris Castle, located just 13 miles from Caernarfon. It is one of the most visited castles in the UK thanks largely to its perfectly symmetrical construction. Located within a moat, surrounded by mountains and looking out to sea, make it a stunning place to visit. The same can be said for the dramatic surroundings of Conwy Castle found on the northern coast. Surrounded by a walled town and nestled on rocks directly on the coastline, Conwy Castle is one of the most atmospheric castles in Wales to visit. 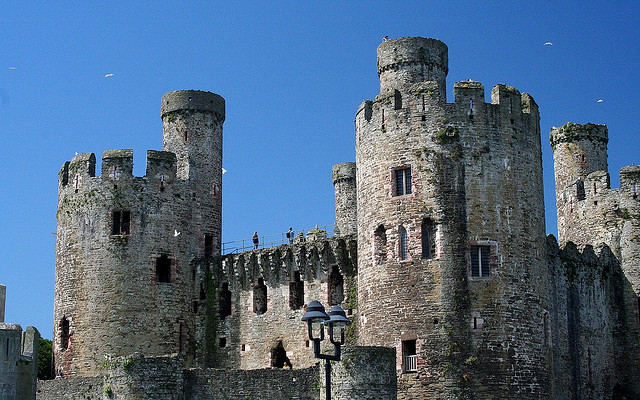 Not to be outdone by its northern counterparts, there are also some fine castle examples in South Wales. Just 20 minutes from the capital Cardiff, Caerphilly is home to the largest castle in Wales and the second largest in Europe. The castle itself has some great features to take in, including an impressive moat and a physics defying leaning tower that rivals Pisa’s! Pembroke Castle has the honor of being the birthplace of King Henry VII, and in addition to its impressive surroundings, it has a labyrinth of passageways and towers to truly get lost in amid its thriving history. The castle is located just 9 miles from the beautiful Pembrokeshire Coast National Park making it a great day trip out during a holiday here. Also nearby is Carew Castle, complete with its Tidal Mill.

If visiting eastern Wales, then a trip to Chepstow Castle has to be on the agenda. Set dramatically on cliffs overlooking the Welsh-English border and sitting on the River Wye, it is one of the oldest surviving castles in Britain. Head west for some truly dramatic blends of beautiful castles and the natural Welsh wilderness by visiting Harlech Castle, Dolbadarn Castle or the ruins of Castell y Bere, all nestled perfectly within Snowdonia National Park.

First Impressions: Santo Domingo, Dominican Republic
5 reasons why river cruises are better than ocean cruises
Who Needs London When The Sun Is Shining!