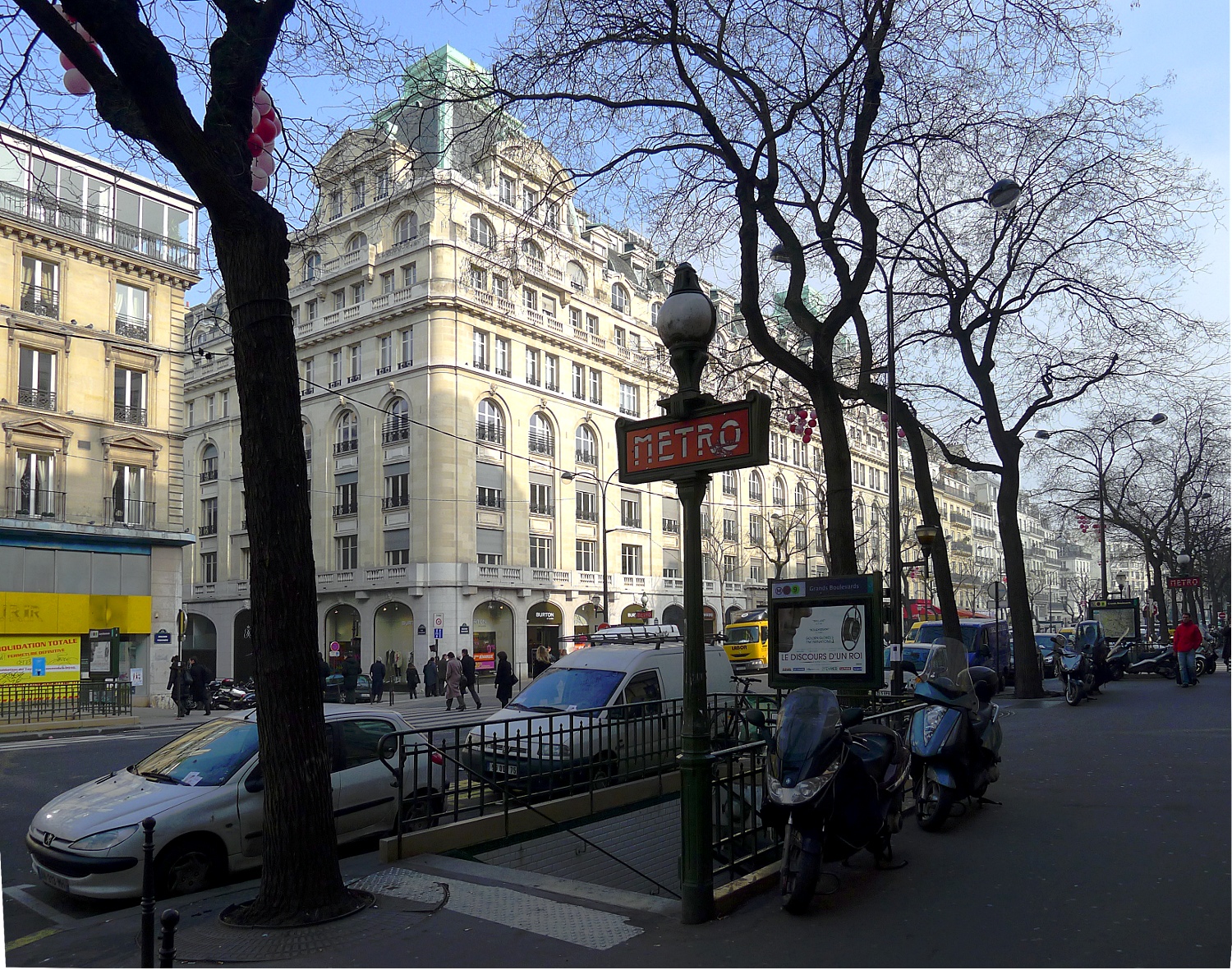 Upon arriving in Paris, I was excited for many reasons. The food, the culture, the fabulously dressed locals. Being a bit of an architecture buff though, I was most enthused of all to explore the buildings that went up in the Belle Epoque (The Beautiful Era), a period of great optimism, peace and scientific progress that lasted from the 1870’s straight up until the start of World War I.

The landmark from this time that stands out the most is the Eiffel Tower. Primarily meant as an entrance to the 1890 World’s Fair that was held in Paris, its aesthetic quality belies a pride in the artistry of the period. While I passed on going up the tower during my recent visit, I viewed it from The Trocadero, a plaza that grants photographers the best views of this iconic symbol of Paris’ history.

The Grand Boulevards, where fashionable types came to see and be seen in this era, granted many opportunities for me to sample the Parisian high life. From the chic boutiques located underneath glass-covered arcades, to the finest in performance arts at Place De L’ Opera, I felt terribly under dressed most of the time here, despite donning the finest clothes I had brought with me and adding a touch of personal style that might attract the attention of an attractive French girl. Maybe next time!

Walking the residential neighborhoods nearby, I started to feel like I should give up my life at home completely and start a new life amidst the beauty that can be found everywhere in the City of Lights. Upon getting back to the hotel, a web search returned an option that I never considered.

Renting a holiday accommodation by Housetrip seems like a way to place oneself within normal everyday districts that are a world away from the standard hotel zones that many travelers are familiar with. Given my newly minted status as a digital nomad, it is a very attractive possibility that I might seize upon in the near future.

Ah, Paris! Your sense of style and love of life is alluring, and it was with a sense of regret that I had to leave you. It won’t be my last visit though, as this city has cast a spell that will have me coming back sooner rather than later.

Top 5 Best Restaurants in San Sebastian for foodies!
How to do Rome like a local
Top Things To Do In Bosnia