Most of us love indulging in a few edible treats while on holiday, but for the keen foodie this generally becomes the major focus of your entire break. So, if you’re a food lover and fancy finding some of the best dining experiences in the world, just where should you go?

I think it’s pretty hard to beat the Spanish coastal city of San Sebastian, which is in the Basque region – a place famous for its wonderful produce and exceptionally skilled chefs. For the ultimate luxury break, head here with a cruise from Harwich in 2013 – offered by Fred Olsen – as an added bonus, you’re bound to eat very well while you’re travelling from A to B too! 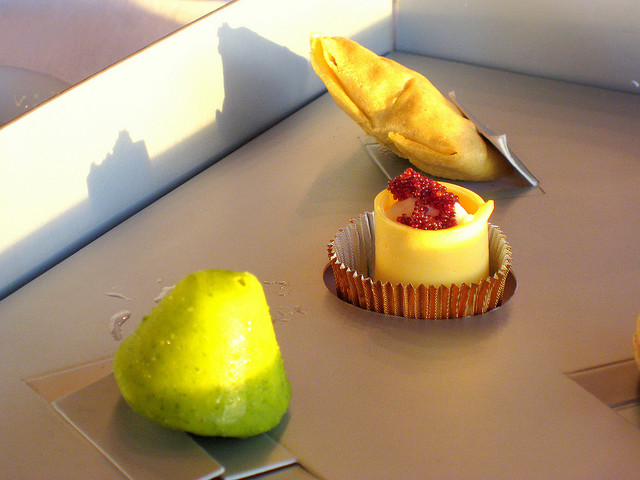 Topping my list is Martin Berasategui Restaurant, which foodies in-the-know rank as one of the best in the world. Technically, this is just south of San Sebastian rather than in it, but given its prestige, you’ll forgive me for sneaking it into the top five!

In case you’re not familiar with chef Martin Berasategui, he has 35 years’ experience in the industry and, much like Heston Blumenthal, has a reputation for using science to create the very best food. Come here if you not only want to taste something amazing, but also that little bit different and creative.

One of the newer restaurants to grace San Sebastian’s culinary scene, Arzak has three Michelin stars – so immediately you’ll have a clear idea of the kind of standard we’re talking about. This is a brilliant place to dine if you’re keen to experience the best of Basque cuisine, since it prides itself on cooking with local ingredients and allowing them to shine.

That said, it has a big focus on research (which is part of what has given this restaurant its excellent reputation), so you can always expect to experience new flavour sensations.

Next on my list is Mugaritz, which has an absolutely gorgeous rural setting. What’s particularly nice about this place is that it aims to evoke this setting in its food, using local produce and even taking cues from the weather – in addition to the season – to form its menu.

Another thing I like about Mugaritz is that while it serves up absolutely incredible food, it’s not pretentious – the average diner would enjoy eating here just as much as the committed foodie. Generally, there’s a menu of around 20 dishes available at any one time, and this changes regularly.

Next up is Kokotxa Restaurant, which boasts one Michelin star. Nestled in the old quarter of the city, it is famous for blending traditional and avant-garde cooking styles to create something new.

As well as offering a daily menu, it also provides a tasting menu. The latter is, I think, the best way to go if you’re keen to have as many different culinary experiences as possible – plus, it’s a good way to treat yourself, and you are on holiday after all!

Last up is Elkano, which is another that’s just outside the city. Often tipped as one of the best seafood restaurants in the world, it serves up an incredible menu that’s based on bringing the very best out of the ingredients. For that reason, much of the fish and seafood is cooked on hot coals on an open-air grill, and only very lightly seasoned.

As a quick tip, this place also does absolutely incredible desserts. It’s not everywhere you get offered cheese ice cream with a strawberry infusion or chocolate liquid souffle with banana ice cream, is it?

There you have it! The best restaurants in San Sebastian, Spain!

Mexican Dishes That Ticks All Health Boxes
Camino de Santiago - What Should a Person Need to Know Before Visiting Camino for the First Time?
Making a Cheese Board with Pepper Jelly