Church – no other kind of building in the world provokes responses ranging from talking-in-tongues to convulsing on the floor! Even though I might technically be a Jew (and atheist), I still appreciate good architecture, even in the house of sweet baby Jesus!

Religious buildings come in all shapes and sizes for all kinds of denominations. Christians and Catholics have essentially claimed the term “church” for their buildings although the word church comes from the Greek kuriakos, or “of the lord.”

To differentiate, Islam has the mosque, Judaism has the synagogue and atheists have the mall (well at least here in Miami).

While new churches open every year designed in styles that range from the traditional to the avant-garde, some of the most well-known and most extraordinary churches date back to when Jesus was almost still a Jew. Here, finally, is a list of five of the oldest churches in the world!

Dura-Europos is known to be the oldest Christian church, dating back to 235 AD. The building is simple in design – a house attached to a room thought to be used for meetings. It was discovered in the 20th century by some crafty archaeologists. The most notable feature of the church are numerous frescoes that include images of the Good Shepherd, David and Goliath, Adam and Eve, and Christ healing the sick and doing the trick he was most known for  – walking on water. Dura-Europos has proved an all-around goldmine for archaeologists who over the years have found everything from tombs to temples to equipment used in battle. 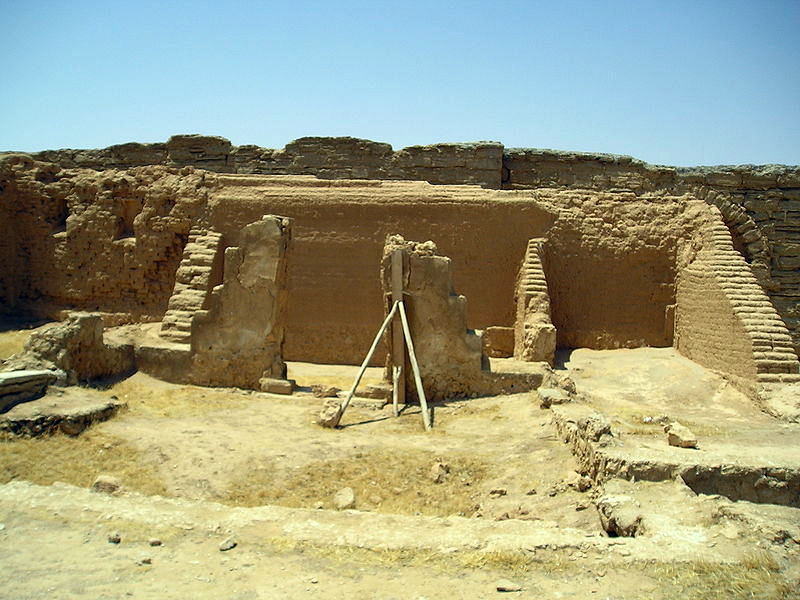 Megiddo church was built in the 3rd century when the Roman Empire exercised its power over Christians. Where is it located? How about on the grounds of a prison! The prisoners were the first ones to discover the site, until it was further  excavated in 2005 by a Tel-Aviv University archaeologist.  A huge mosaic measuring nearly 600 sq ft is the most fascinating feature of the church. There are several inscriptions within the church, including one of history’s first shout outs honoring a Roman officer named Gaianus who helped fund the mosaic project. Whether Megiddo was first a church or whether it was later converted to a church is disputed, but the mosaic does feature early Christian iconography.  Fun fact: The symbol known by many as the “Jesus fish” is actually called Ichthys (fish in Hellenistic Greek,) and was used as a secret symbol. 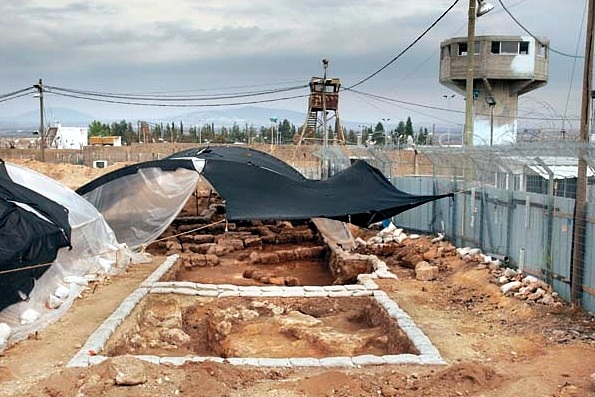 Etchmiadzin cathedral holds the distinction of being the oldest church in the world that was originally built by a state. Located in Armenia (the world’s first Christian country) and still in operation, it is the headquarters of the Armenian Apostolic Church. It was built by Saint Gregory the Illuminator between 301 and 303 AD in what is now known as Armenian style, known for its emphasis on height, pointed domes, and stone materials. The idea for the location is said to have come to St. Gregory in a vision he had of Christ striking the ground with a golden hammer. Etchmiadzin translates to “the place where the only begotten descended.” 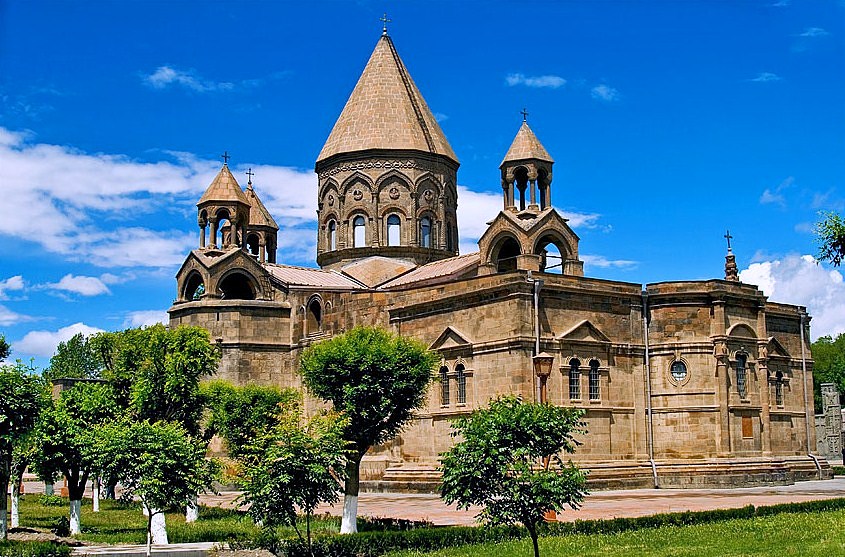 St. Peter’s Basilica is the Disney World of churches. Located in Vatican City in Italy, St. Peter’s Basilica attracts millions of visitors annually and is seen as one of the holiest locations in the world among Catholics, partially because it’s believed to sit above St. Peter’s tomb. The Basilica was first built as a church in 333AD and got a major face lift in the 15th century. While many visit as part of religious pilgrimage, many go to marvel at the incredibly intricate design. This paradigm of Renaissance architecture was conceptualized in part by art legends Michelangelo and Bernini. 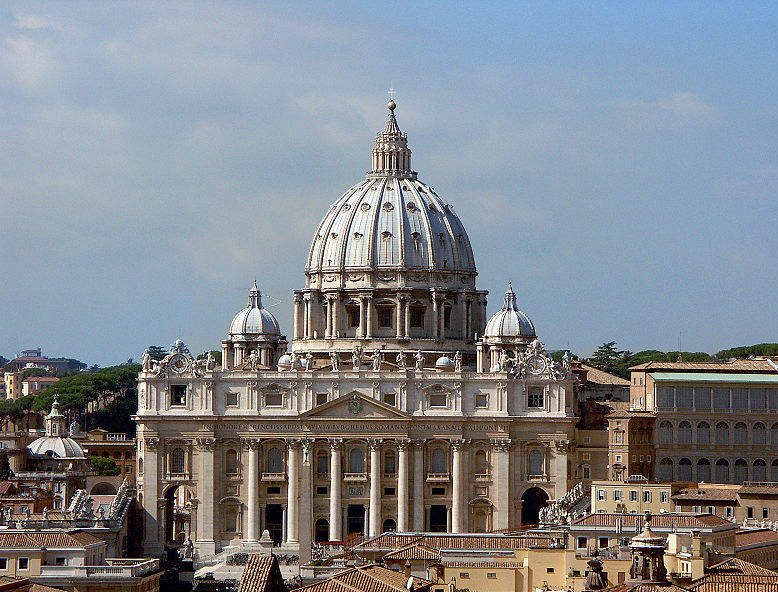 That Saint Peter sure has gotten a lot of architectural love over the centuries. Located in an area once known as Antioch, the church was carved along the side of Mount Starius. At 42 ft deep, 31 ft wide and 23 ft tall, it definitely took a lot of digging to complete. It features an altar, frescoes, and mosaics on the cave’s floor. A tunnel built within the church gave visitors a quick escape route if needed. The church is mentioned in the Acts of the Apostles in the Bible and its worshipers were the first to be called Christians. 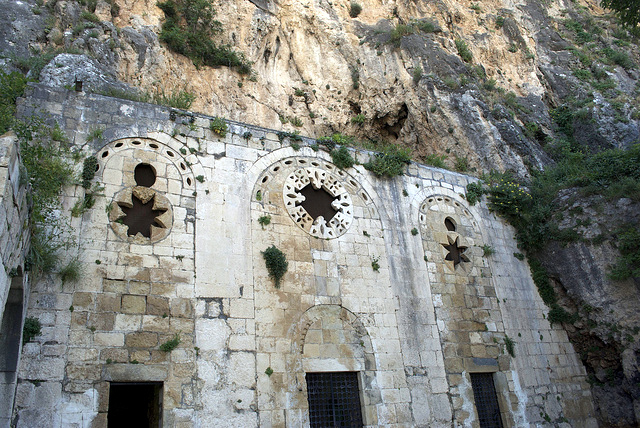 There you have it, some nerdy history behind five of the oldest churches in the world. While this article may have inspired some of you guys to check them out in person, I know not everyone will get as excited about old churches. If you fall into the latter category or just don’t want to leave the house, go halfway by logging onto Youtube – “The Church” has some wicked good songs!

3 Books that Changed The World for Travelers
The Best Of Italy: 10 Attractions Filled With Charm, Romance, And History
Away from the crowds in Majorca!