Planning on roadtripping through Europe this summer? Forget it, the best way to enjoy this diverse continent in the summer time is by island hopping. From the Greek islands in the east to the Canaries in the west you’ll find that no two islands are the same. However, seeing as there are literally thousands of them you’ll never have time to see 50% of them let alone them all, so here are three of the best that you simple cannot afford to miss.

The fourth largest Canary Isle, Lanzarote is where action sport lovers from the mainland head to get their kicks. You can do every kind of surfing here, including kite surfing, windsurfing and plain old wave surfing and you’ll find some of the largest waves and most consistent winds in Europe. You can also learn to sail or scuba dive, kayak around the coast or simply lie on the beach and work on your tan. But Lanzarote holidays aren’t all about the beach. The crater ridden and forested inland areas are crying out for mountain bikers and hikers and the small villages and towns dotted across the landscape still boast their own unique identity and sumptuous cuisine. 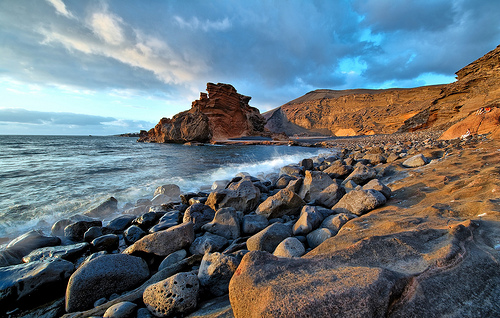 Putting all thoughts of the Godfather and other mafia connotations Sicily is one of the most beautiful ‘regions’ of Italy. Although the ‘foot’ of Italy appears to be kicking the small ‘ball’ of Sicily this is just because it is jealous of its laid back beauty, charming ruins, tumble-down honey coloured towns and villages and its food, which is arguably among the best in Italy – and that is quite a claim. Hire a scooter and explore this painter’s dream on two wheels.

Legend has it that Cyprus was the birthplace of Aphrodite and quick look at the landscape and we’re likely to believe this legend. It is the third largest island in the Med and thanks to its highly developed economy, outstanding scenery and intriguing history it is one of the most popular islands in Europe. It boasts UNESCO World Heritage Sites, beaches that are to die for, luxury hotels, and vistas that are so picture-perfect they could have been painted in. Your camera’s memory card will be full after just a couple of days eve if you never leave the beach – Cyprus boasts some of the best sunsets in the Med.

Madrid, the city of cultural landmarks and more tapas than you can eat!
Rome Travel Advice: What I Wish I Knew Before My First Visit
4 Amazing Places to See in Malaga