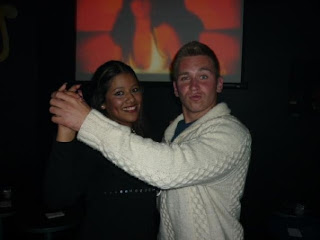 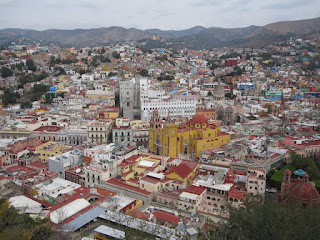 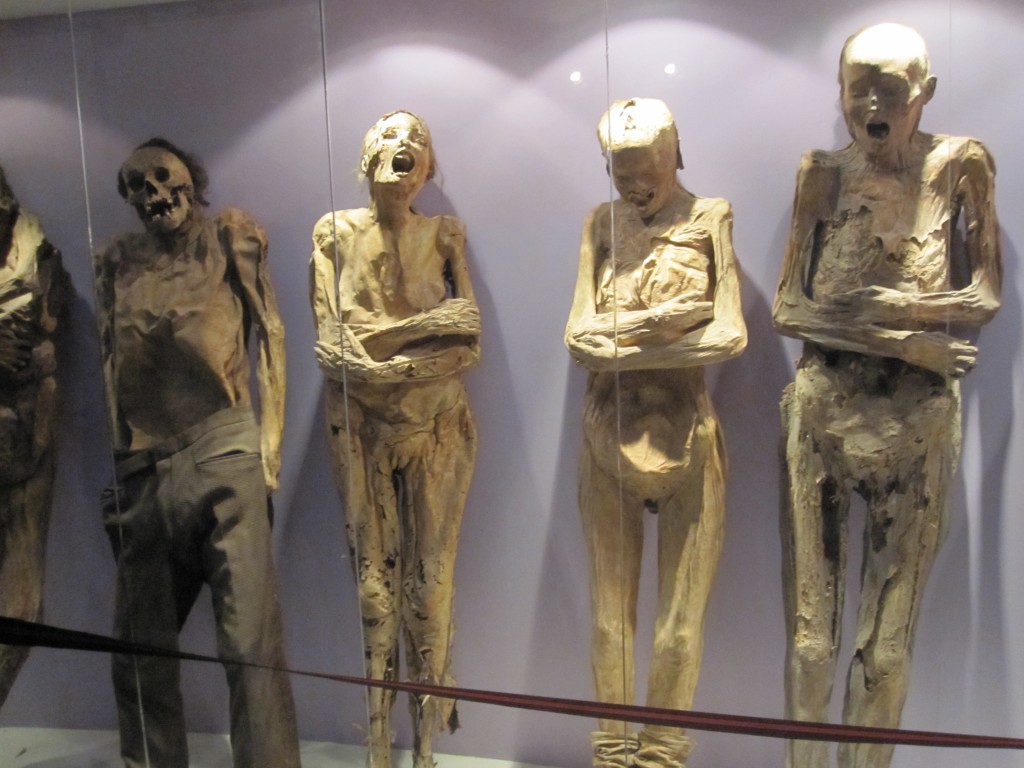 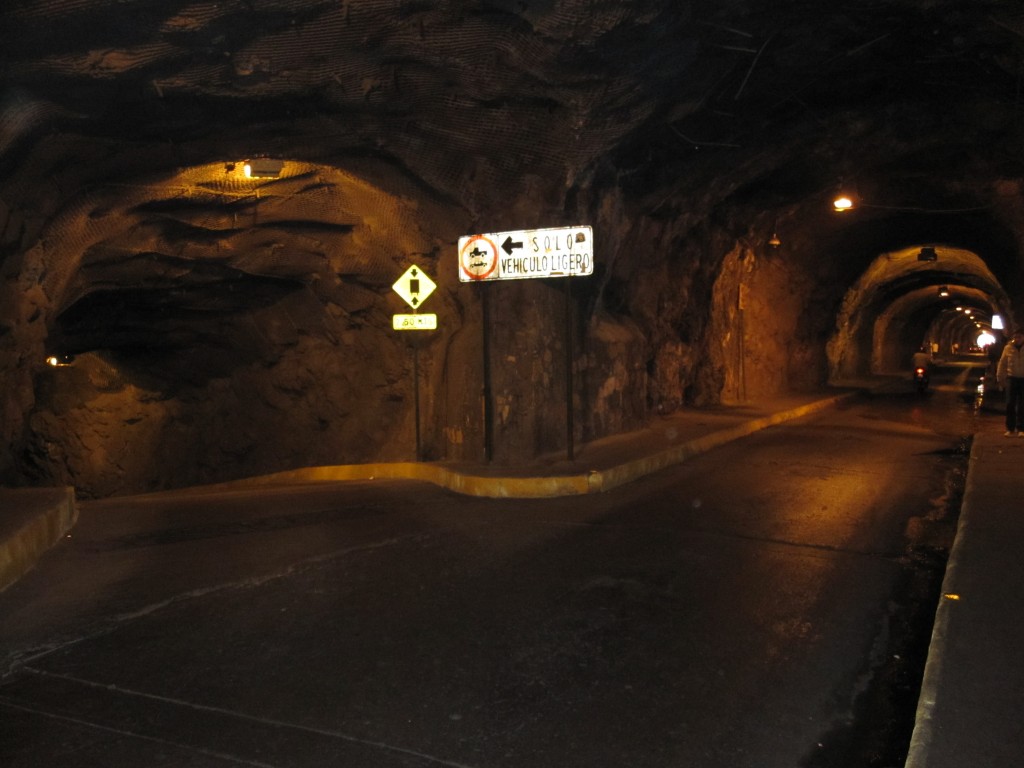 It has almost been a week since my last post. I’ve been doing a lot of other writing in the form of articles about my travels and hopefully for a newspaper and a magazine. This has left my right lobe a little worn out, but Daddys back!… Last Monday I went to Guanajuato, and it was about a 2 hour bus ride from Queretaro. UNESCO dubbed it a historic world city and it deserves it. Colorful houses precipitously situated upon steep hills with the city center cradled in a deep ravine. Colonial buildings galore and only about a 20 minute walk from end to end. Due to its limited street space, the city decided to make the majority of the roads underground in tunnels that were strategically placed where a few old rivers were. An amble through one of these dark wet caves brought upon feelings of being deep in an old silver mine, it was pretty cool. I met a very nice Asian guy from Canada. We basically became boyfriends for the next couple of days (minus the fun part). I guess it’s nice to have somebody to do stuff with even if it is somebody you don’t know at all, but hey, it’s networking. After my brief stint in G-Juateezie it was back to Q-Rizzle for the rest of the week. The weather here is so cold that I decided I needed to buy another thick sweater. And when I mean cold, I mean 50’s during the day and high 30’s at night. After waddling through some of the street stands, I laid eyes upon a white woolen pullover that got me intrigued. I bargained the seller down to 350 pesos (27 bucks) and it was mine. After having my roommate laugh every time she saw me wear it,I started to second guess my purchase but I think I can pull it off. On Friday, it was terrible weather, pouring rain all day and the colonial streets of where I live are not designed to be pedestrian friendly during downpours. I got soaked. After deciding to walk to the city center for lunch, I was faced with an unavoidable obstacle. A ladder ominously placed in the middle of the sidewalk that was boxed in by cars on the street side. I stopped for a second and thought if it was worth it to take my chances passing under, and saying to myself ever so quietly, “F*** Fate”, I proceeded. Well two days later I was walking by one of the main plazas in my new white sweater when all of a sudden I felt a splash that soaked my face as well as dousing my shoulder and chest. I stopped cold in my tracks and realized that it could only have been one thing. I slowly looked up to what unquestionably was going to be a pterodactyl with its legs spread over my head, but surely enough, it was a raucous group of winged street rats (pigeons), all with their shit encrusted asses radar locked to my dome. My jaw dropped as I looked around to see if anyone witnessed the atrocity. At least 5 people where pointing at me and dying of laughter. I screamed like a girl as I ripped off my brand new woolen purchase, rubbed my face clean, and ran away from the devil’s doings. I sprinted into the closest restaurant and asked to use the bathroom, and as the hostess was about to tell me it was only for customers, I held up my sweater and her eyes grew large and her lips shut tight as she pointed in the direction of the sink. You know, I’m not a very spiritual man, but this event got me thinking. Of course walking under a ladder is bad luck! As ridiculous as it sounds, obviously enough people have had problems like me to have it be worldly understood that…YOU DON’T WALK UNDER LADDERS!