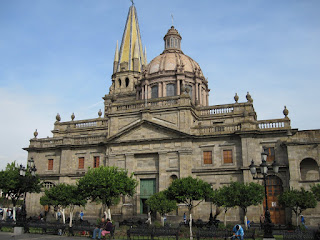 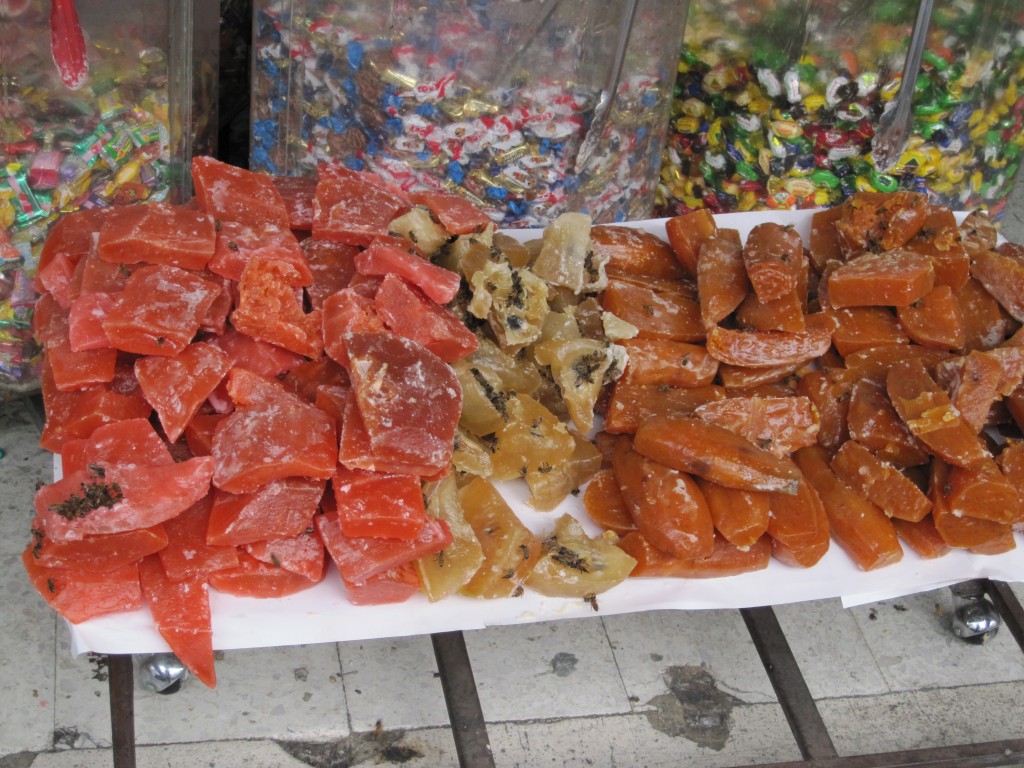 With the end of my quest for the real Mexico gunning to a close (Saturday), I decided to take one last big side trip. For some reason, I figured I wanted to stay north of Mexico City. Also wanting to give another big city a chance, and have enough things to do to keep a male in his 20’s  intrigued for a couple days, it was off to Guadalajara. Being Taco Land’s 2nd largest city, I thought I couldn’t go wrong, oh yea, did I mention it’s supposed to claim the most beautiful girls in all of Me-hico? That was enough for me, and in about 4.5 hours white face stepped foot onto the bustling, filthy streets of Guadalajara; a grime that made me feel I was in a real city, not some bike friendly, eco-centric, clog knocking city of the Netherlands. For one, the weather was already much more comfortable then the frigid streets of Queretaro. I got in around 4 PM and decided to go for a walk while there was still some light to get my bearings. My friend Mario told no lie, gorgeous women strewn across the sidewalks like a conveyer belt of vice. Light eyes, blonde hair, black hair, white, tan, you name it, they have it. Upon noticing the drastic difference in demographic, I proposed a visit to the local museo del ciudad to see if I could find out a little more history, and maybe where these people came from. It turns out that many of the Spanish conquistadores ended up in Guadalajara as well as a little help from the French. When the French invaded in the 1800’s, it appears they decided to do a little cultural sexchange with the locals, a few centuries pass, a little more breeding, and a beautiful melting pot of European and indigenous spice emerged.

The city in general was not the most attractive I had seen, but the colonial parts were still nice. I have to say the insides of the main cathedral were some of the most beautiful I’ve seen on any of my worldly travels. A white washed background laced on every angle with gold, a support system of riveted columns that seemed to seamlessly spider web into vast vaulting arches. After a day of marauding around and not being to electrified with my sightings, I made my way back to the hostel. There I got talking to a guy who was from Mexico but moved to California when he was 12. He was telling me he was meeting up with a guy he met on Couch Surfing, a really cool networking site where you can send members a message in whatever city you’re going to for a free place to stay, someone to show you around, or just party. I met a few of the people on there through my roommate and everyone was really nice and eager to share their city and knowledge. Well, one of these people on the site came to our hostel and took us over to his friend’s house to drink some beers and then he got us into a really nice bar without paying the 80 peso cover. He just loved to meet foreigners and had an especially sweet tooth for German girls. The bar we went to was supposedly “college night” on Tuesday, so there was a mix of local Mexicans and many exchange students. He went out of his way to introduce us to all the girls he knew, many of which were blonde bohemian behemoths that I wanted nothing to do with but I was very content with the friendliness and open hand from Hugo, something I’ve never experienced in the states. After a good night, and many new Facebook friends, I made my way back to my hostel to make it for a 10:45 AM bus ride back to Queretaro.