This past week I had the pleasure of going on a pretty epic day-long motorcycle ride in Singapore. I’ve been hankering to hop on a hog for the past couple of months now that I’ve been mostly staying in Bangkok – where I wouldn’t dare ride one!

I teamed up with Big Loud Rides, Singapore’s leader for Harley Davidson rentals. They offer private rentals, day rides as well as  longer organized motorcycle tours that they run through Singapore and Malaysia, which I’ve heard is the mecca for riding in South East Asia with fantastic roads and great things to see.

Yuha, the company owner, is both extremely friendly and responsive. He set me up with a pretty bad ass Road King. I’ve never ridden a Harley before, let alone one of their bigger models, so it took me a little while just getting used to the power and the weight (almost 800 lbs/365 kilos ! Thank god the roads in Singapore are immaculately maintained and the drivers are pretty responsible, so I had no problem getting around or dealing with the traffic. In fact it reminds me of my trip to Saudi Arabia. Once I got my Saudi Arabia visa and arrived in the country, it was smooth sailing and riding my entire time I was there. But now back to my Singapore ride. 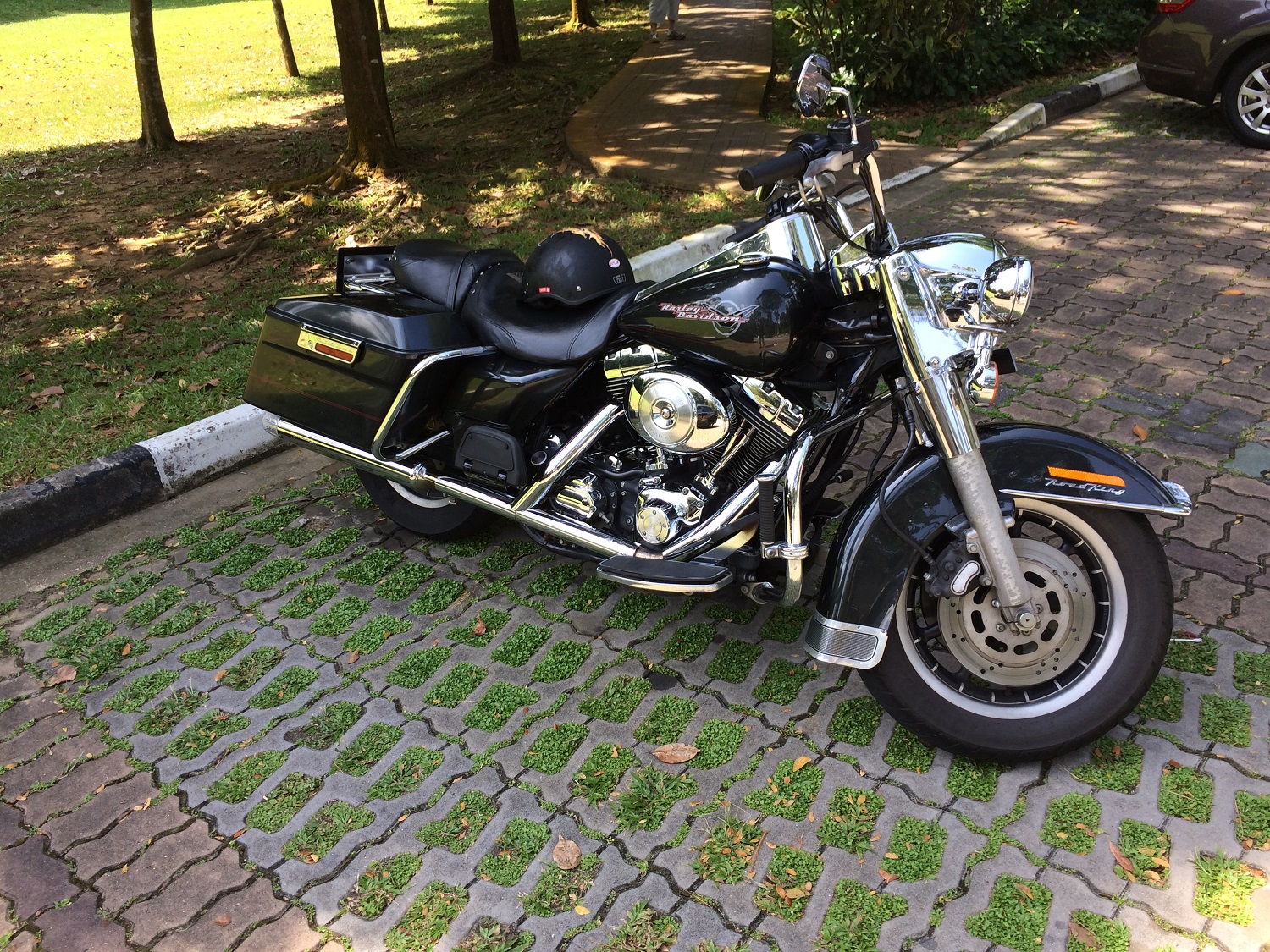 My first stop was to find a company that provided Apostille services to certify my driver’s license.   after picking up the bike in the Holland Hill area of Singapore (central) was a reservoir and protected national park. The scenery was beautiful and was truly the jungle. There were a lot of people jogging along the road or mountain biking down one of the well-marked trails. When I made it to the center of the park, there was a serene reservoir created by a dam. There are also a ton of monkeys hanging out in the clearings and along the road waiting for people to feed them, don’t, they’re dicks. 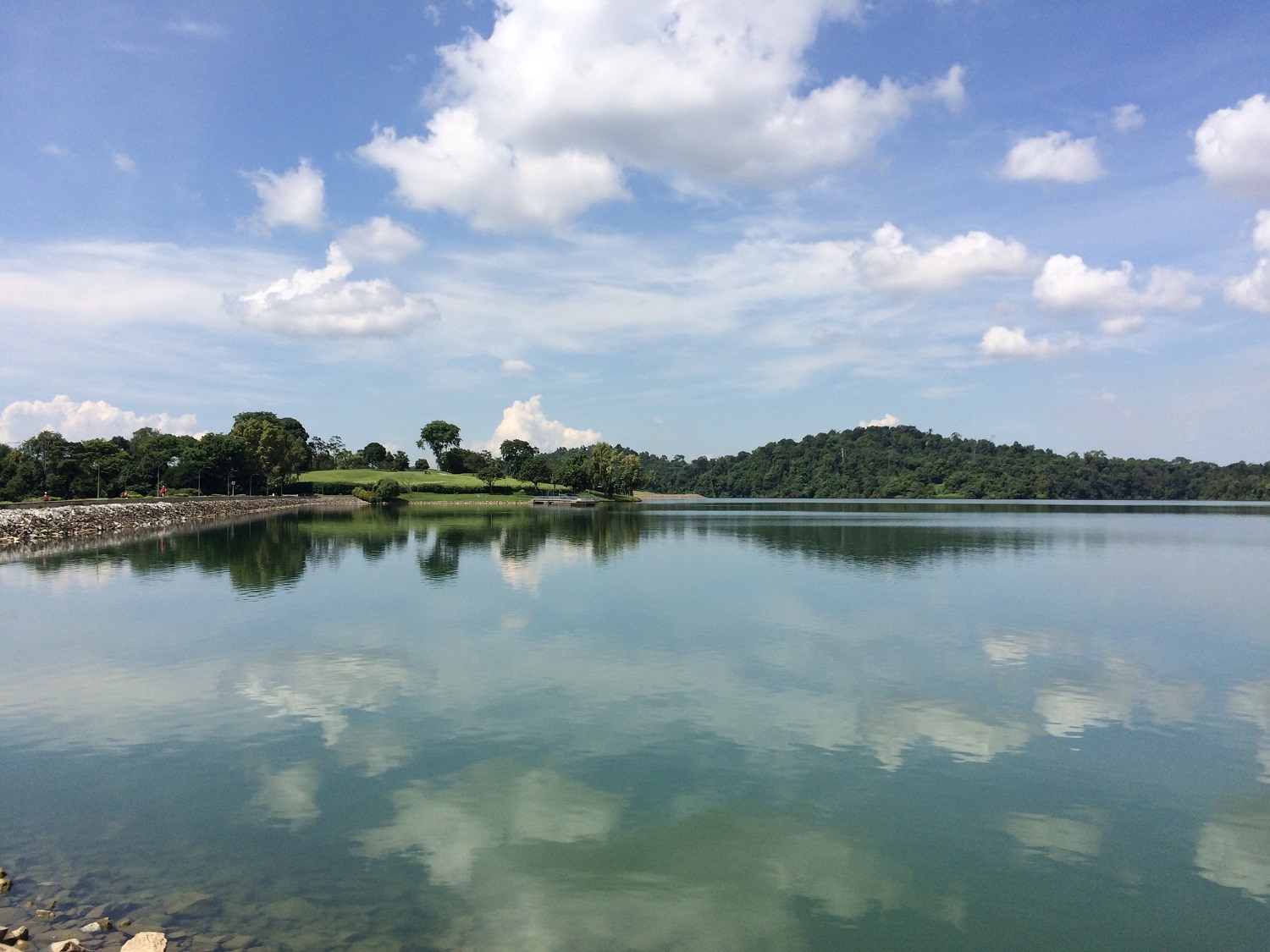 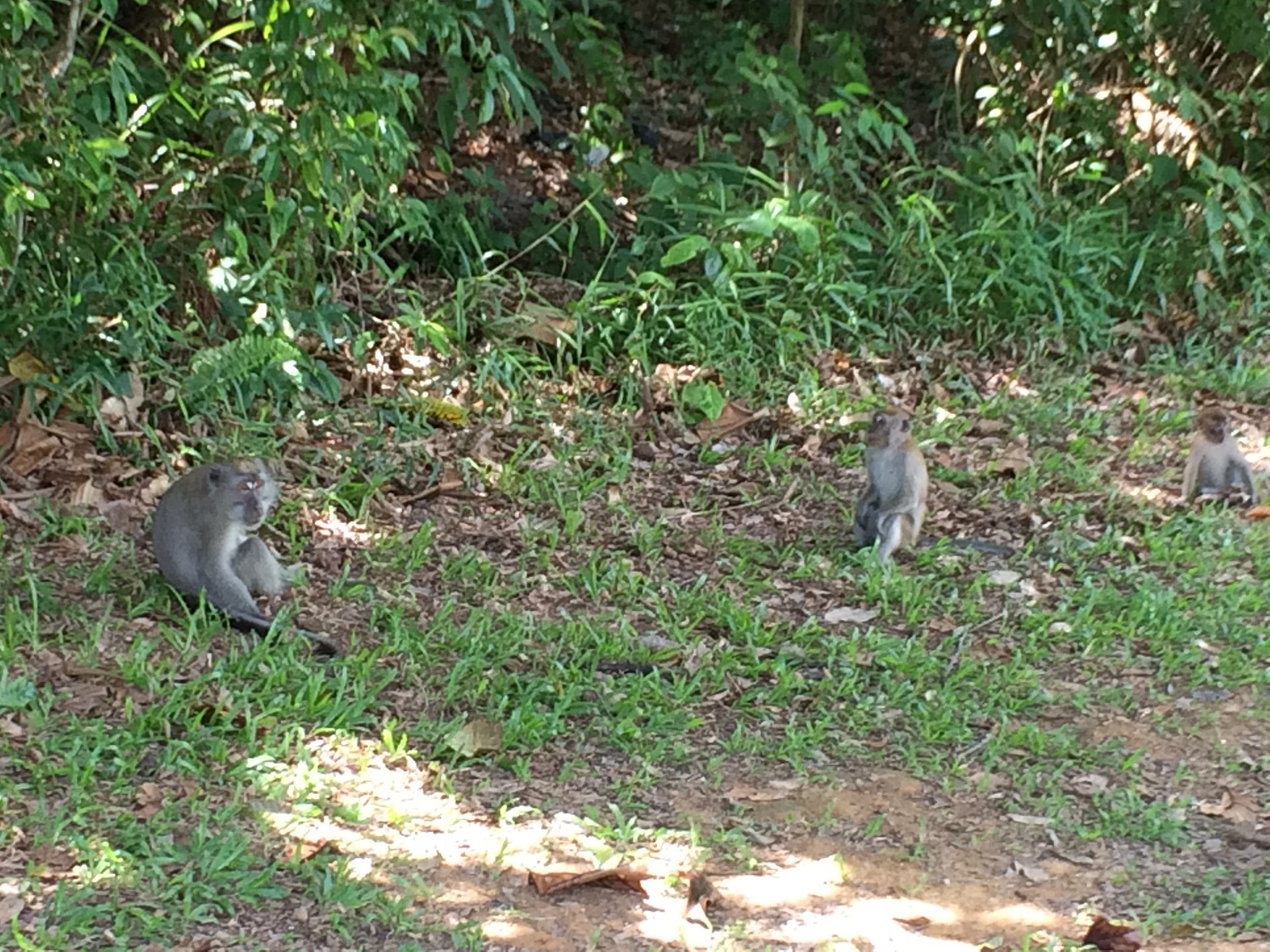 In true Singapore fashion, the dam is almost indiscernible as it’s covered in grass and gently slopes downward, not like the standard concrete eye-sore you’d see most other places. 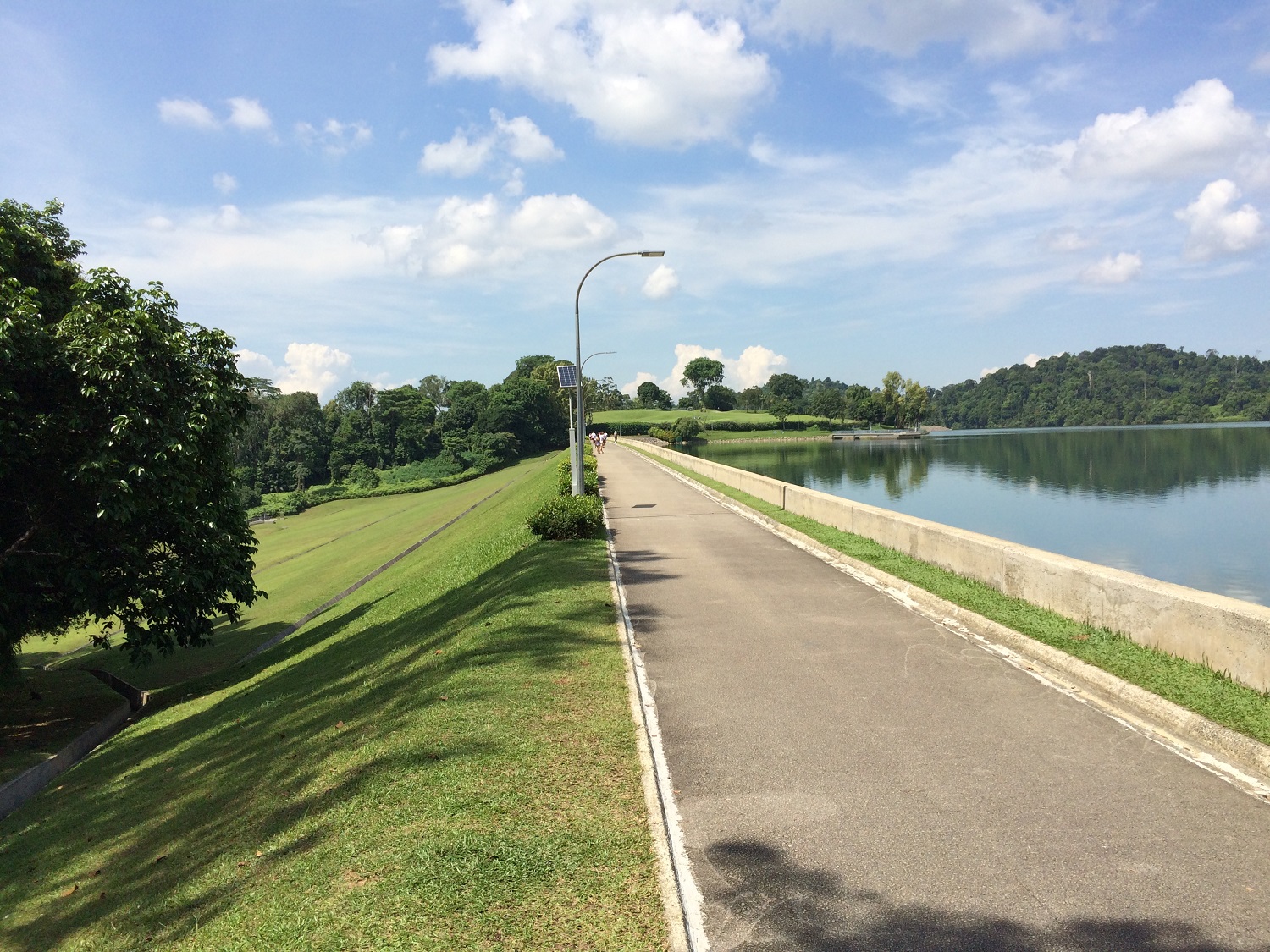 After the park, I rode north to the border with Malaysia (only about 15 minutes) where I headed west up Kranji Rd. I decided to head down a small alley I saw that bordered the water to get a view of Johor Bahru (the large Malaysian city on the border with Singapore), when I noticed some strange things on the side of the road. I thought they might have been submarines, but after a while I realized they looked just like the life boats from Captain Phillips. The area was kind of a scrapping yard where anything metal was being stripped down. I’m also lying, I posted the following picture on my Facebook a few days ago and definitely thought it was a submarine until my friend Alex said, “I’m pretty sure that’s a lifeboat”… 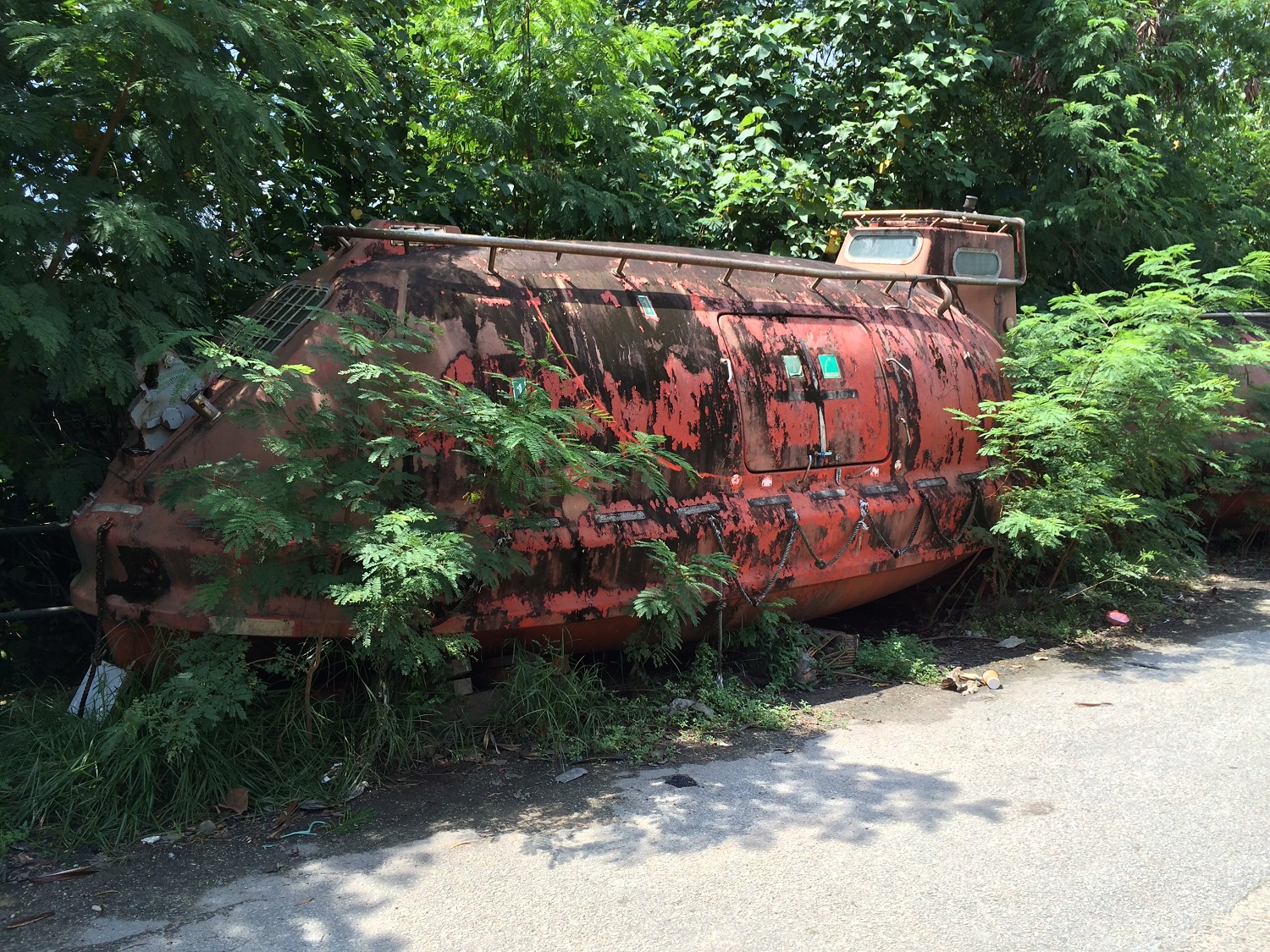 I road back to the main road and headed through Kranji which is known as the, “countryside of Singapore”, as it literally said on a sign. The road was narrow but the scenery was quite bucolic and scenic. There were a few farms selling vegetables and house plants where you could also stop in for a cold drink. It was super hot and the almost-equatorial sun is very powerful midday.

Out in this part of Singapore, there are also an almost ridiculous amount of Army bases. In fact, there are more than 1.3 million people in the Singaporean reserve armed forces. A massive amount considering the entire population of the country is only about 5.5 M. Basically, don’t F with Singapore or they’ll come at you like Planet of The Apes from every inch of their tiny island nation.

Many of the army bases are in fact closed down now as they were created by the British and have no use anymore (The Malaysians and Indonesians don’t have any imperialistic plans that I’ve heard about). And UK citizens with a second UK passport  do not have to worry about using either of them to enter Singapore, because the country is so highly regarded. There were some pretty interesting ones with massive telecommunication satellite dishes, but, they don’t take too kindly to people snapping pictures of that kind of stuff, so I opted not to.

Another cool reason to ride a motorcycle out in this part of Singapore is for the extremely wide and long roads. The reason there are such big roads is they actually serve as secondary landing strips if needed. A couple times I opened up the King to see what it was made of, but when I really got going, I found it almost hard to hold on without a windshield, so I didn’t push my luck.

I then literally rode across the width of the country to Chiangi Village on the eastern side of the island where the main airport is located. The ride only took about 25 minutes. It was a national holiday so I didn’t have to pay any tolls for the highways (called ERP in Singapore) which is normally the case.

Chiangi Village is a nice relaxing place with lots of restaurants and cafes offering outdoor seating under the shade of large verdant trees. There is also a ferry port here that many people use to go to Malaysia and some other small Singaporean islands worth spending a day on.

The last leg of my ride took me around the airport on the coastal road which offers great views of quaint beaches, large parks, and the aqua-marine ocean. 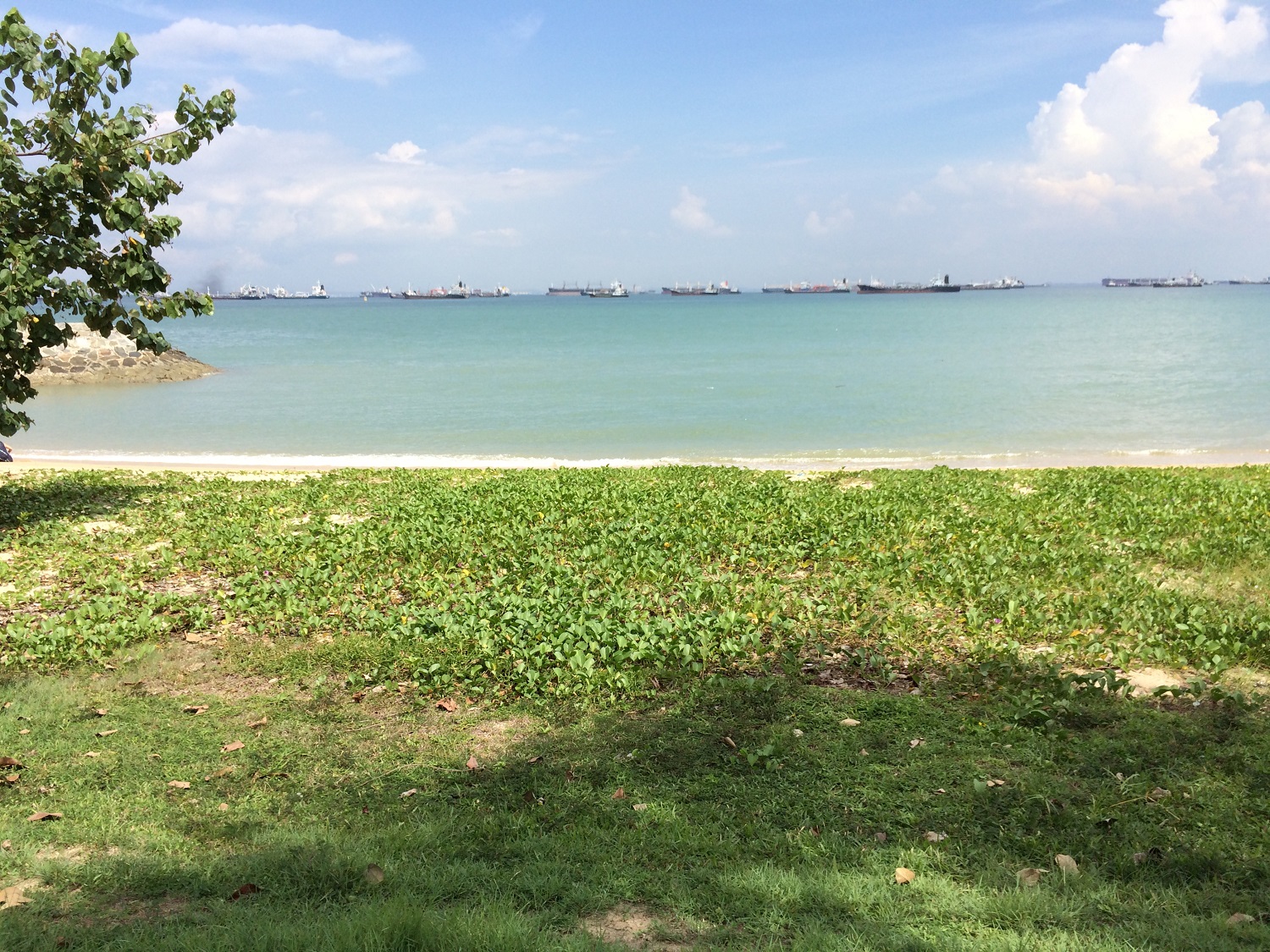 There is another very long road here and I’m not going to lie, I tried to race an airplane taking off for about 10 seconds until I begrudgingly ceded defeat. All in all, I had a great little day ride. A big thanks again to Big Loud Rides for sorting me out. I would definitely recommend them if you’re looking to rent a Harley in Singapore.

Riding the Mae Hong Son Loop on a Motorcycle!
No Matter Your Pleasure, You’ll Find It In Tokyo
Three of the Most Isolated Tribes in the World