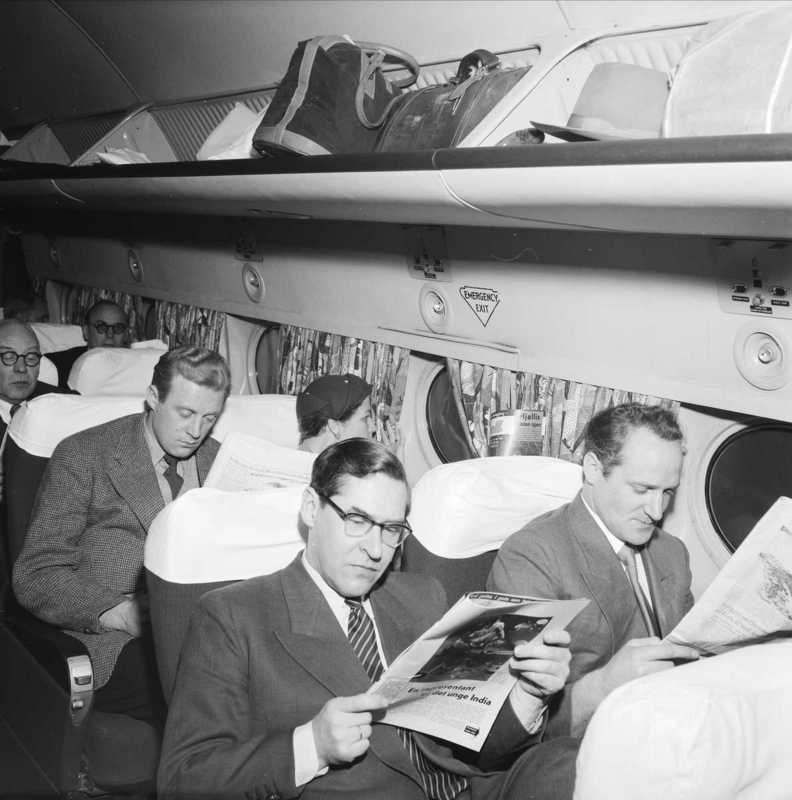 With many taking current travel infrastructure for granted these days, it’s often easy to forget that as recently as a century ago, people then could have never imagined that the common person has the degree of mobility that they possess in the present day.

Just the same, many pine for the Golden Age of travel, when the very fact that one could hop in a plane and end up in a far away place just hours later was still a novel concept. As such, it was celebrated with much fanfare, instead of it being an inconvenient aspect of getting to a desired destination.

How has travel changed since the golden age of travel? Below, we’ll explore a few areas how the great affair of moving about our world has shifted since the middle of last century.

Planes were much more comfortable … even in economy class

In an age where it is difficult to avoid getting cramps in your legs from sitting in a tight economy class seat on a twelve hour flight, it is hard to believe that those traveling in the same cabin as you fifty years ago had as much luxury as those in business class today.

Indeed, those traveling in the golden age could stretch out their legs unimpeded, and those in first class had amenities akin to a proper hotel room. While this was tempered by the fact that the prop planes back then were much louder and offered a bumpier ride than modern jetliners, chances are that will do little to sooth your cramped up thighs…

Ever wondered what having freshly carved roast beef or a full lobster dinner on board your flight to Europe would have been like? This was a regular occurrence on scheduled flights through much of the early days of commercial aviation, aided by the fact that most people that could afford air travel in those days were above average in the wealth department.

Today, airlines often subcontract their meal preparation to the lowest bidder, leading to food that is lower in overall quality than the five star plates that were served up in the golden age of travel. The average cruising altitude in those days was often lower (20,000 feet) than today’s lofty heights (37,000 feet and higher) as well, allowing diners to taste their food more distinctly than the fliers of today.

Forgot to bring a newspaper or book on the plane with you back in the 1950’s? Unless you had a companion to keep you company, or if you were especially social and outgoing, you were often facing long hours of staring out a plane window (a fate made worse if you chose an aisle seat).

Today, it is practically impossible to be bored on a flight, as departure lounges are filled with print media for purchase before boarding, and planes themselves at least have a magazine filled with intriguing features to keep you occupied for much of your time in the air. Many have seatback entertainment systems, allowing you to watch TV shows and movies, or even play video games.

Feel like your next flight might be your last? Stop watching so much CNN. These days, 1 in 2 million flights ends in an accident of some sort … in the 1950’s, the incident rate was 1 in 200,000 … 10 times worse than the present day. Take heart in the fact that you could effectively live the same life over and over again without realistically expecting that your life will ever be in any real danger in the present day.

Resort towns in places like the Mediterranean were more authentic, but…

Back in the golden age of travel, places along the Mediterranean were far more authentic, as they were by and large still the tranquil fishing villages/towns that they used to be. Many of these spots are now sprawling tourist havens in the present day, leading some to pine for the days of the “golden age” of travel.

However, air travel was still in its infancy a half a century ago, with greatly restricted choice being the general rule. Further, flights that were available cost far more than they do today (5 times the average weekly wage back in the 1950’s).

Today, flights relative to weekly earnings are less than half that, and almost every destination in the world is reachable within 24 hours worth of travel or less.

How Travel has Become Too Easy
What You Can Do If You Fall Victim to a Late or Cancelled Flight
Mexico: Lions and Tigers and Cartels, Oh My!!!