There are few things worse for a traveler than a cancelled or delayed flight, worse still there isn’t much you can do about it when it does happen. The consequences of a flight issue can vary from arriving a little later than expected, to something more severe such as being stuck in a particular destination for a long period of time or losing money. When we go traveling there is very little that we as passengers can do to prevent our flights becoming delayed or cancelled, but that is not to say that you are powerless should this actually happen to you. Whatever burden that a lost or late flight may cause you, it is important that you take action after the event, to ensure that you are properly recompensed. 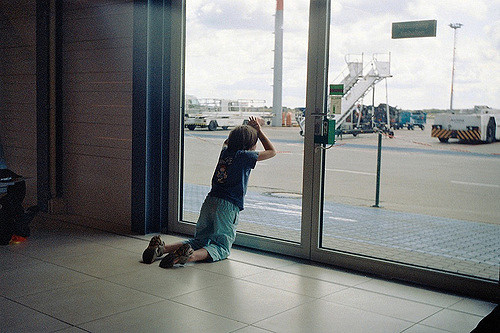 How Flights Can Be Delayed Or Cancelled?

There are a huge number of situations that can occur which will force an airline to alter their flights, with delays the most common problems that passengers must face. Flight cancellations only generally occur in situations of hazardous weather, dangerous conditions at the destination such as conflict or attacks or an isolated event which was not foreseen, such as an unfit pilot or, as is the case with some smaller airlines, delayed flights earlier in the day, which have resulted in cabin crew not being able to work any more hours. Delays can happen for the same reasons of course, as well as any one of a thousand reasons which will force the flight to be late.

What to do if The Flight Has Issues?

Most travelers expect the possibility of being delayed for an hour or two, this is simply the risk you take when flying anywhere, but any longer than a couple of hours or a flight being cancelled, requires you to take action. The first step is to speak with the airline and find out what their plan is in terms of getting you to your destination. For cancelled flights the airline generally offer a refund or they will look to get you on the soonest flight that is going to your destination. If your flight is heavily delayed, the airline should be vocal with you, and look to offer you accommodation options, coupons for food and drinks or attempt to book you on a flight to the same destination, which is leaving at an earlier time than your flight is anticipated to take off.

Naturally if your flight is heavily delayed or cancelled, there will be a bunfight in front of the airline’s desk, which means that you may not be given the air time that you want, to fix the issue. The best course of action then, is to call the airline’s customer service, in order to get booked onto another flight, or arrange a refund, without having to shout over the other passengers. Another great option here is to use social media site Twitter, where you will get speedy and reliable customer service.

There are many legal aspects that airlines must consider when flights are delayed or when flights are cancelled. These regulations are in place to benefit the customer and ensure that they will be recompensed for their lost time and/or money. For example in the EU, you are entitled to claim up to €600 Euros for a flight which is delayed by more than 3 hours. It is always important to keep hold of as much information as possible about your flight, as well as information about the delay or the cancellation. Key information which can support you with your claim will make the process run much smoother. When it comes to a flight delay claim for example, you can claim using an online service or alternatively you can claim directly against the airline, most airlines have their own claims department to handle such incidents. If you are going to do this alone, be sure that you know what your rights are, and how much compensation you should be entitled to.

Claiming directly against the airline may not always be the easiest option, and it is equally important that you check your travel insurance if you have it, and a credit card— if that was how you paid. If you didn’t pay on credit card and don’t have insurance, you should claim directly against the airline. If however, you have either of the two, you will generally be covered against such complications, so contact your provider first, to see what cover you have.

Naturally we all hope that this is something that never happens to us, but there is always the possibility that our travel plans may go awry, and you should make sure that you understand exactly what you need to do, in order to get some money back for the inconvenience.

How to access all your info online while traveling
Eat Your Way Through Vegas
The European Health Insurance Card: don't leave home without it