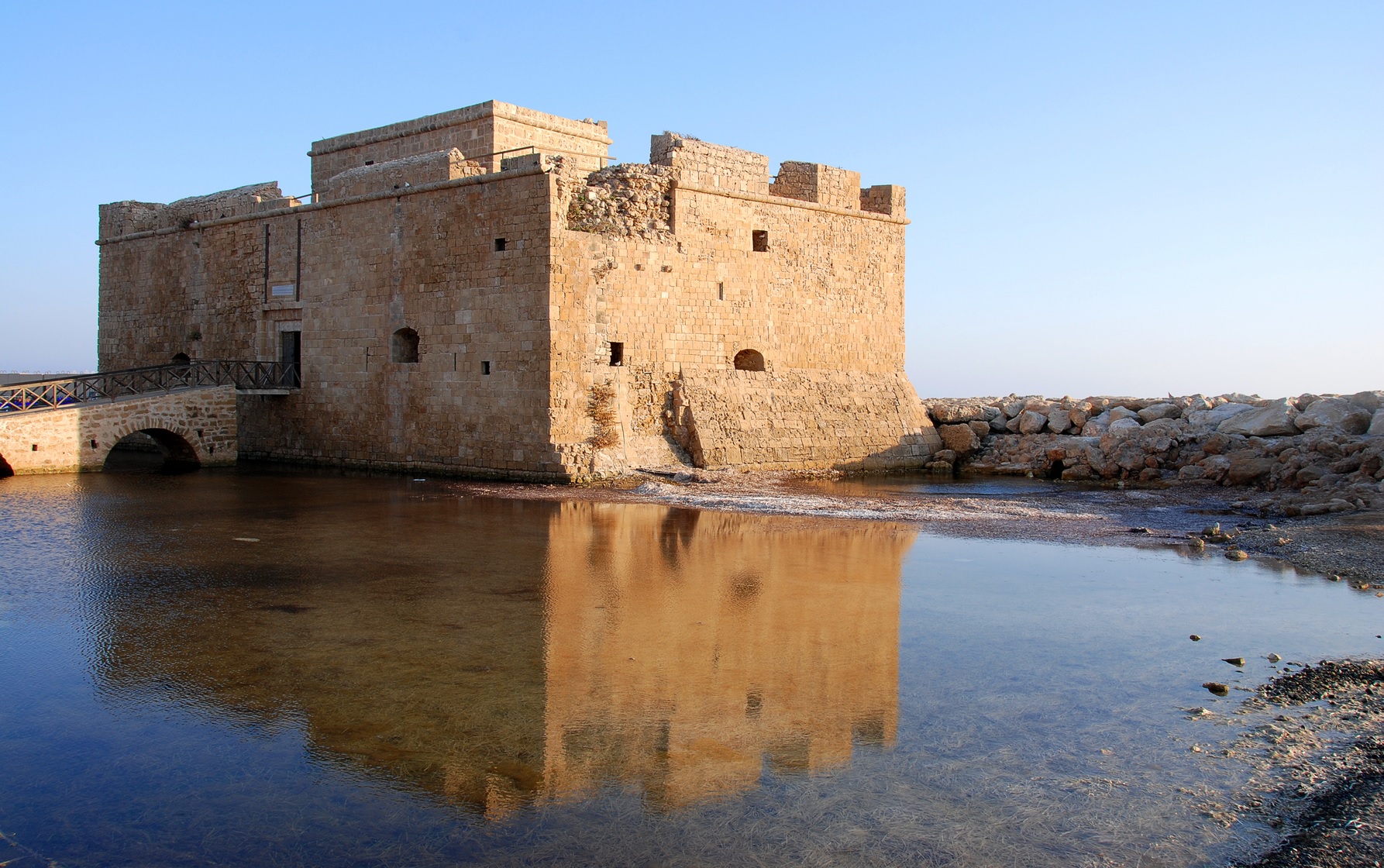 1. A city of History

The coastal city of Paphos in Cyprus has been inhabited since the 12th century BC. It is connected to prehistoric pagan fertility rituals, the worship of the ancient goddess of beauty Aphrodite, Mycenaean civilization, the ancient Greek and Roman cultures, Christian history, as well as medieval French nobles and knight orders. When you add to that the exceptional beauty of nearby country land, it is no wonder that Paphos is listed as a UNESCO World Heritage Site.

So scroll below to check some of the sites worth visiting in Paphos.

Kato Paphos is the historical part of the city. Walking in the area, one can stroll through old neighborhoods, walk along the large hotel complexes towards the traditional harbor and reach the area of the interesting Grecian, Roman and early Christian archeological sites. It’s a fascinating promenade through the land, but also through history.

3. Petra tou Romiou (the Rock of the Greek)

This is a famous coastal area near Paphos, also known as Aphrodite’s Rock. The name Petra tou Romiou refers to a medieval byzantine legend about the brave frontier guard Digenis Akritas who fought the mighty Saracen pirates off Asia Minor by launching with his hands massive rocks against them! The legend has it that the rocks landed on this beach, thus creating one of the most visited sites in Cyprus.

Visitors of Paphos can get a scent of its Roman era by visiting the greatly preserved Odeon and the nearby Agora, or Forum. Both constructions date back to the 2nd century AD. Built almost two millennia ago, the limestone laid Odeon is still used for cultural performances. The ancient walls as well as the market area of the Roman era are distinct near this impressive monument.

Another archeological site is the worship complex of Asklepios, ancient god of medicine. Here, you can walk among the ruins of ancient shrines, altars, and halls where medicine training and pagan practice coexisted.

During the 2nd century AD, Paphos was a city of many Roman villas, inhabited by rich and prominent citizens. They remain one of the spectacular sites of the city, since the floor mosaics are well restored and offer some of the greatest examples of this ancient art, depicting in great detail mythological themes by inlaying small pebbles, or lesserae.

7. Tombs of the Kings

This awe-inspiring complex of elaborated tombs completes the Greco-Roman archeological sites of the city. Built as the final residence of probably the most esteemed, the rock tombs we carved subterraneously around atriums arranged with Doric elements. The site is a fine display of architecture, as well as the ends to which man is moved to alleviate his anxiety of the great unknown.

The most prominent medieval monument is the castle at the end of the harbor. It is a structure witnessing many historical layers, as it reached our time after numerous destructions, reconstructions and modifications by many different civilizations of the Middle age. While it has served many uses through the eons, it continues to have a significant cultural value to this day. Find more about Paphos Castle here

Originally a byzantine fort of the city during the 7th century AD, the structure was remodeled by the French Lusignans several centuries later. Some of its 40 granite pillars are still visible, either standing or laid on the ground; the impressive fortress of eight towers, three-meter thick walls and moat, is now implied by the remaining ruins, the standing towers, as well as its underground maze.

Ruins and sites can only give you some hints about a place’s history; the rest is presented in its museums. The Archaeological and the Byzantine Museums of Paphos host a number of artifacts excavated from the sites, informing the visitor for the splendor the city witnesses in previous periods.

But the city’s cultural pulse beats loudly every year by means of many annual festivals, like the Ancient Greek Drama events taking place each July and August at the Odeon, or the Aphrodite Festival, during which an opera troupe performs a famous oeuvre each September in front of the Medieval Castle.

The area around the city of Paphos includes some of the most beautiful parts of the island, like the breathtaking waterfalls at the Baths of Adonis, the tropical Blue lagoon bay, the mesmerizing baths of Aphrodite or the remote Lara beach, a protected turtle nestling area. For the hiking enthusiasts, the views and rare flora and fauna of the Avakas Gorge is the ultimate destination. All these locations are in the greater area of the Akamas natural reserve, near Paphos.

Last, but not least, enjoy the open-air market of traditional products. This bazaar experience reveals the oriental flavor of Paphos, and the various delicious treats offered by the locals.

A rich experience for all types of visitors

With such a variety of historical, cultural, and natural beauty, Paphos is the ultimate vacation capital of the Eastern Mediterranean; the city and its people are eager to welcome you and help you have a memorable and most pleasuring stay as soon as possible!

George is currently employed at Prime Property in Cyprus. His major responsibility is to help people decide their dream apartment to buy in Paphos, based on his 10 years of experience in property management.