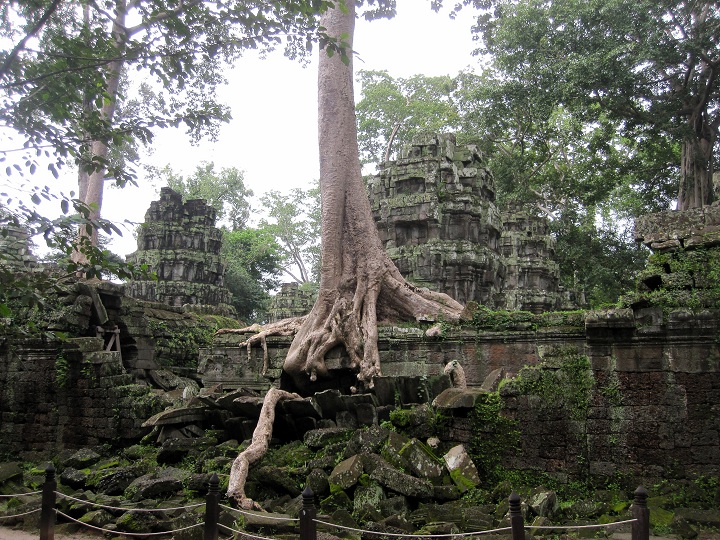 In the 2nd part of my big Asia trip last year, I made my way to the main land from The Philippines and ended up in Siem Reap, Cambodia. I had always heard about the amazing ruins of Angkor Wat, the former capital of the Khmer Empire, but I had no idea how truly spectacular they were until arriving. I also didn’t realize how massive the complex was, hundreds of square kilometers!

That being the case, I was told by some other travelers I met there that it’s worth it to book a tour which you can find locally as well as through some international providers like Virgin Holidays. I just checked their site and they are having some pretty wild sales right now for a few more days, might be worth a gander if you’re looking to do some traveling on a budget. But, of course, me being the stubborn-ass American I am just opted for the 15 dollar tuk-tuk driver who drove me around for the whole day, but spoke zero English.  It was one of those times where I really just had to admire the physical beauty of the places I saw and had to pass up the knowledge, oh well, next time.

The above picture is from the Jungle Temple at Angkor Wat which was probably the most fun of all the temple complexes I visited because it literally looks like it’s out of the Lara Croft Tomb Raider movie, because, it actually is…

There are literally trees growing right out of the ancient stones. It was fascinating to see how truly powerful mother nature is in her ability to reclaim land that was once paved over and a thriving site of humanity. Makes me think if shit goes really wrong, ahem nuclear holocaust, that nature will eventually just creep back in and start everything over again.

If you make it to Angkor Wat,  you are truly lucky and will have a great time beyond just seeing the temples as Siem Reap is a fun, tourist oriented little city with a charming French colonial center believe it or not. You can find every creature comfort you’d ever need and the nightlife is actually pretty epic. Prepare for a good time!

It’s also a very green city with tree-lined boulevards, parks, well paved roads and sidewalks. You will meet plenty of people there who planned on just staying for a couple nights and ended up staying for a week or more, it’s that cool.

The City that Capitalism Built - Hong Kong
Announcing my 6 month round-the-world trip!
An Urban Oasis in The Heart of SE Asia - Singapore!