I just spent a full week in Kuala Lumpur (KL to locals), the capital of Malaysia and a true megapolis, home to over 7,000,000 people. Anytime I hear “capital city” in Southeast Asia, I automatically imagine hell. Concrete edifices hastily thrown up, brutal traffic, non-stop noise and sweltering heat.

But, I’m very happy to say that KL was none of that. Locals will complain about traffic, but they just don’t know how good they have it. I would imagine most have never stepped foot in Manila, Jakarta or Bangkok if they think that. In fact, Kuala Lumpur was one of the nicest major cities I’ve ever been to. The roads are very modern, wide and the networks expansive, as well as offering a good-enough bus and metro system. The airport, while a bit outside the city, is a 28 min train ride into town or a $20 cab ride. I ended up using Uber a lot as the taxi drivers are scammers and often refuse to use the meter, but if they do, it’s very cheap, just insist.

What I was most impressed about Kuala Lumpur was its clean, tree-canopied roads and modern architecture. I had steered clear of Kuala Lumpur for some time because I heard it was the most Muslim country in the region. And while I could care less about what other people do, I just don’t want it impacting my life. 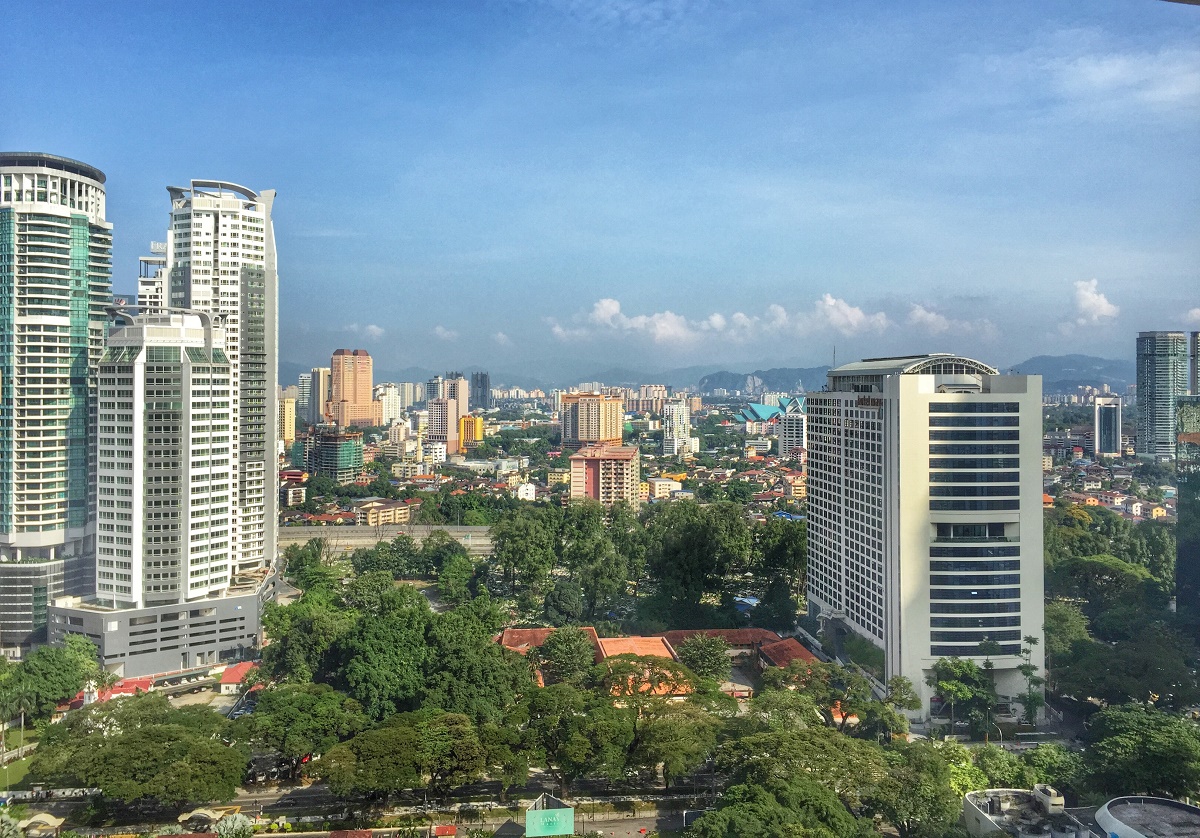 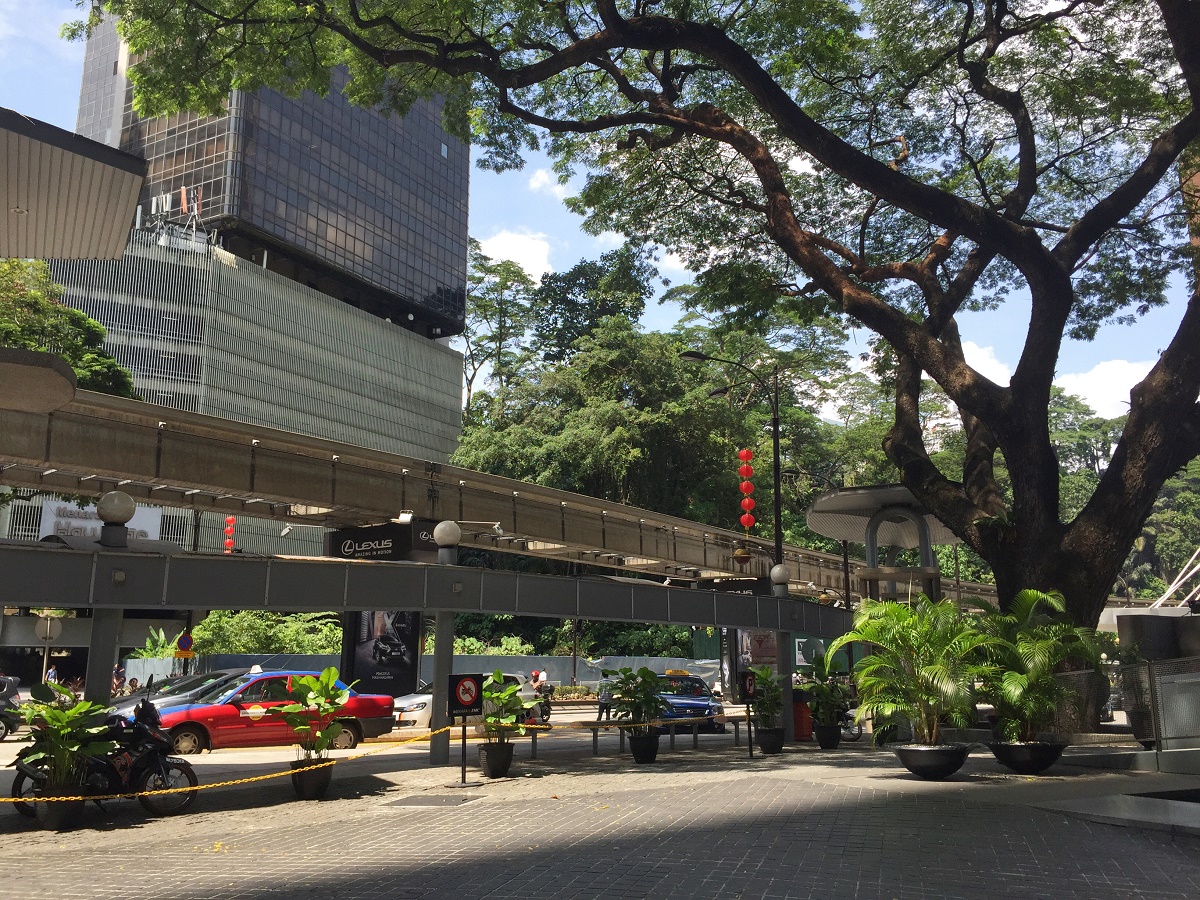 While the majority of the population of Kuala Lumpur are Malay (i.e. local people and Muslim, around 45-50%), as a foreigner and non-ethic Malay, you can do whatever you want (meaning drink alcohol, not get whipped for being seen with a member of the opposite sex before marriage, etc). Alcohol is quite expensive compared to the cost of everything else, around $5-8 for a beer and $8-10 for a drink at a regular place, but it’s not absurd if you’re not on a shoe-string budget and much less than in expensive western cities. This also keeps out the bucket-drinking backpackers so don’t worry about to much raucousness at the bars/night clubs.

While the government of Malaysia is Muslim, around 40% of Kuala Lumpur’s population is ethnic Chinese and around 10% are Indian. These two minorities are the source of the country’s wealth as they own the majority of businesses, real estate, etc. and aren’t hindered by religious repercussions which obviously makes day-to-day life easier. The Malay’s “tolerate” the minorities as they are the ones who have positioned the country as the top economy next to Singapore in the region. I also found it quite interesting (shocking) that even if a person is born in Malaysia, i.e. of Chinese or Indian heritage, they don’t have the same rights as a Malays and often must pay more taxes. Most families have been there for generations, speak Malay and English (which most people speak, many as a first language). So, if you bring it up to a Chinese or Indian, you’ll definitely hear some frustration.

Regardless of all the above, it had nothing to do with me, and I had a great time in KL. There are some cool things to see and do, notably the Bird Park, Batu Caves, Petronas Towers and to eat, eat, eat. The cuisine of Malaysia is very diverse and an amalgamation of all the different cultures that live there. I found it very Indian influenced which is fine by me. The street food is cheap and good as well. Check out the Malaysian take on a sundae (beans, peanuts and green gelatinous  string bean shaped things included) 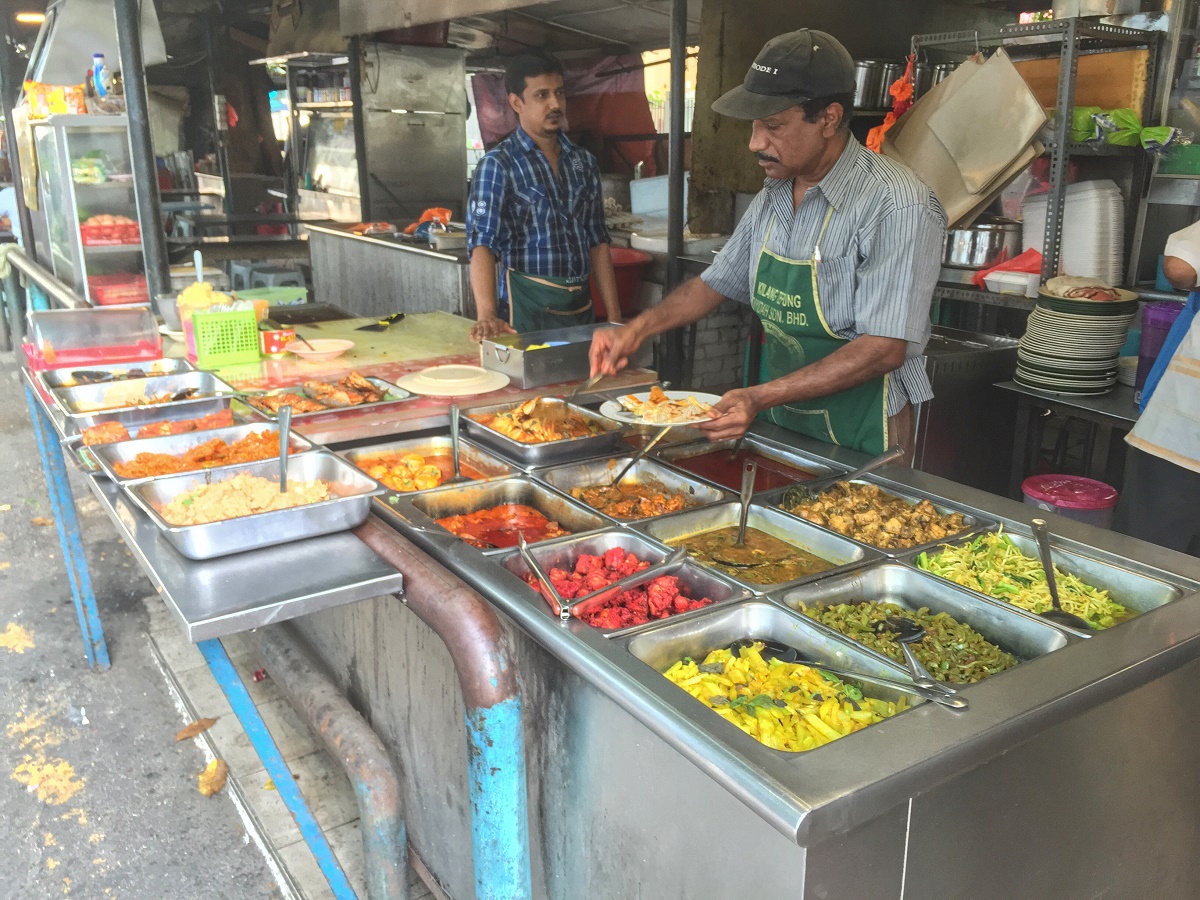 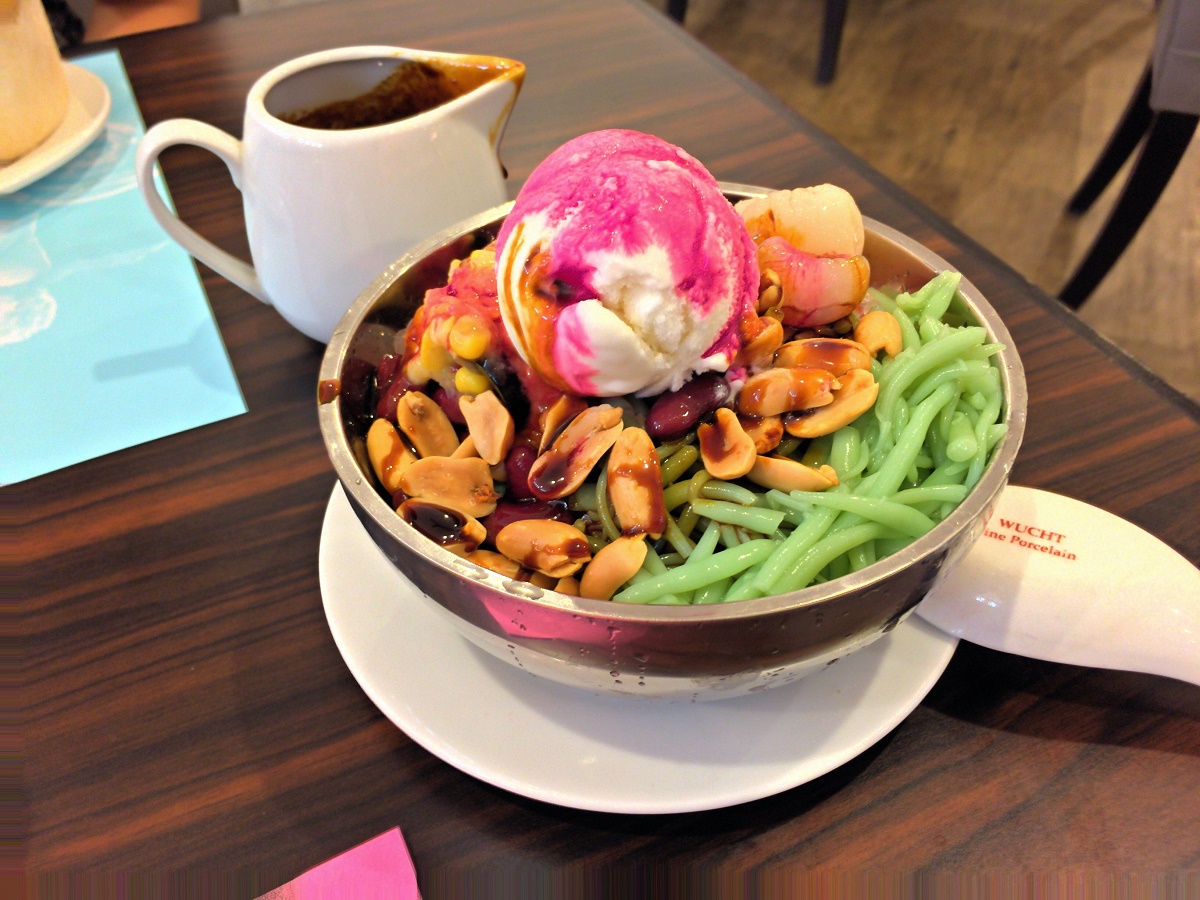 I used Flip Key, Trip Advisor’s version of Airbnb to book my stay to give it a try. It worked well, and while still relatively new, there were a good amount of properties available. I paid just over $400 for a nice place right in the heart of the city near KLCC (Kuala Lumpur City Centre) which is a mall right below the extremely impressive Petronas Towers, once the tallest buildings in the world (now 7th). I had a big studio, complete with kitchen, washing machine, fast Wi-Fi/digital cable and access to a gym and a sick rooftop pool with a view of the towers. 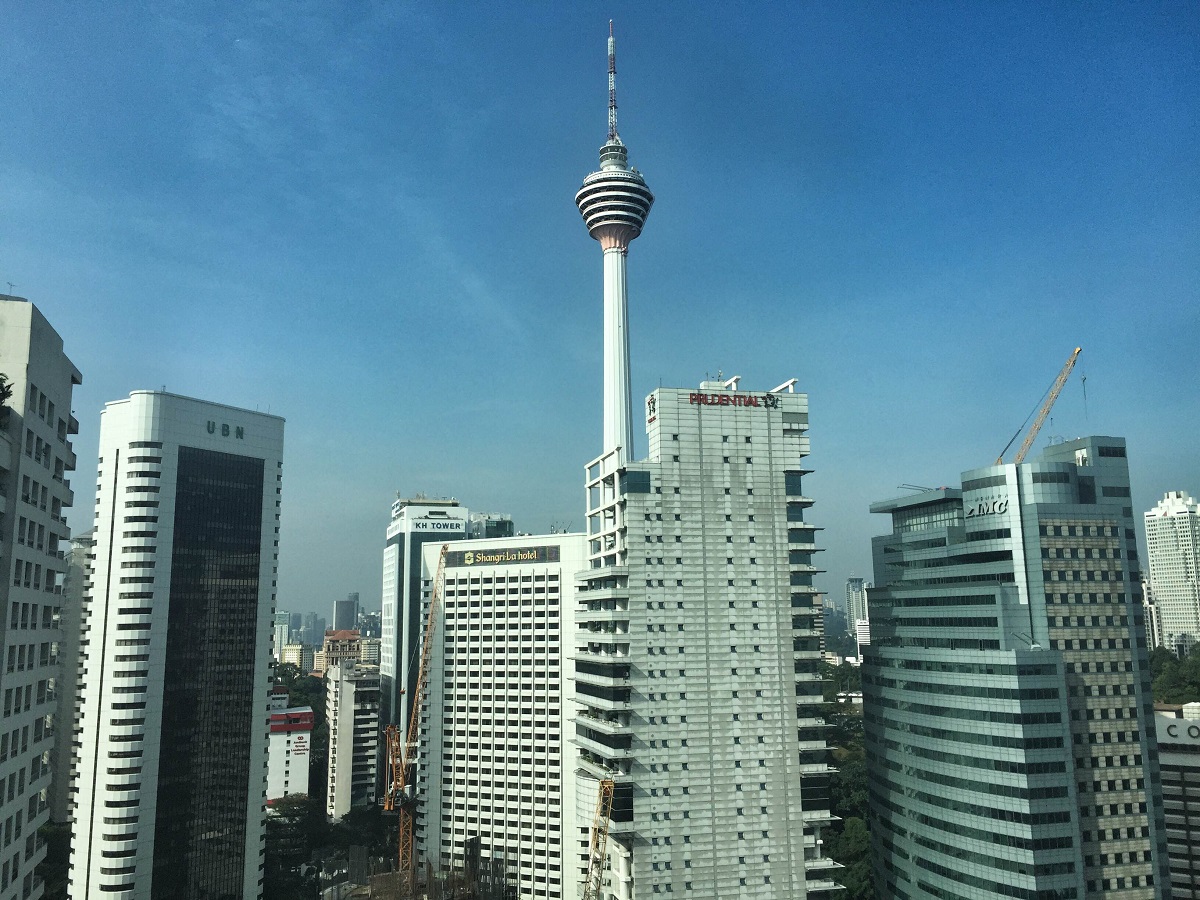 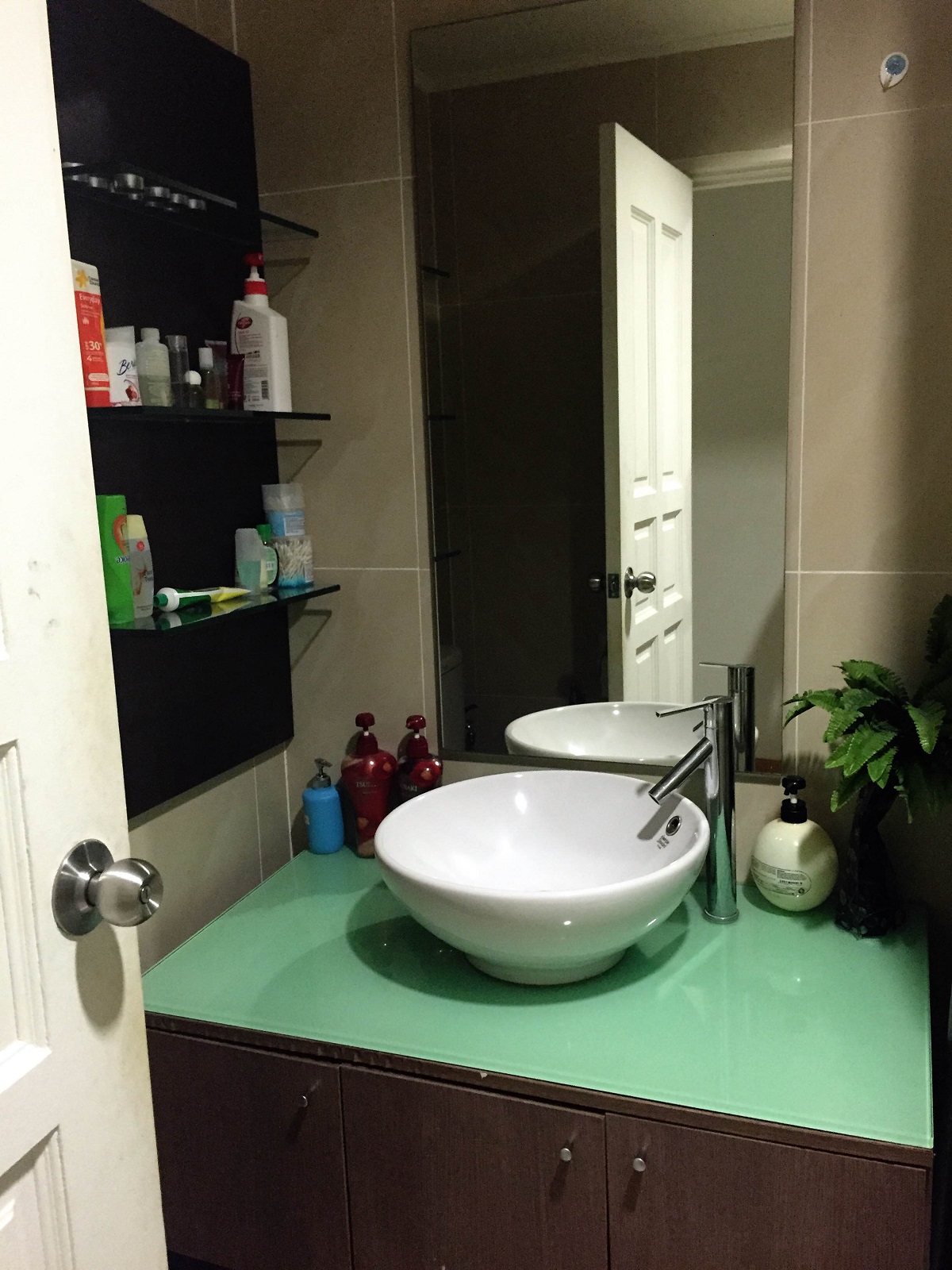 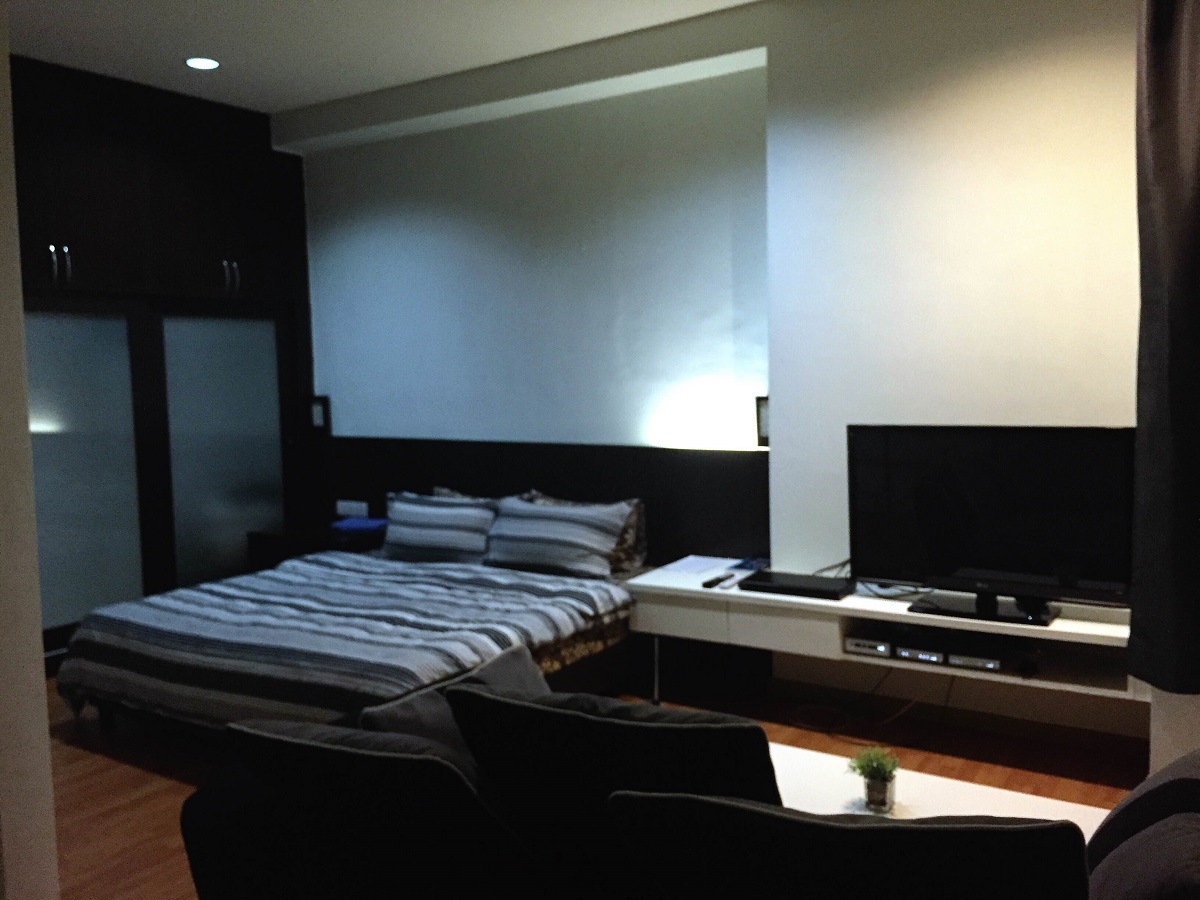 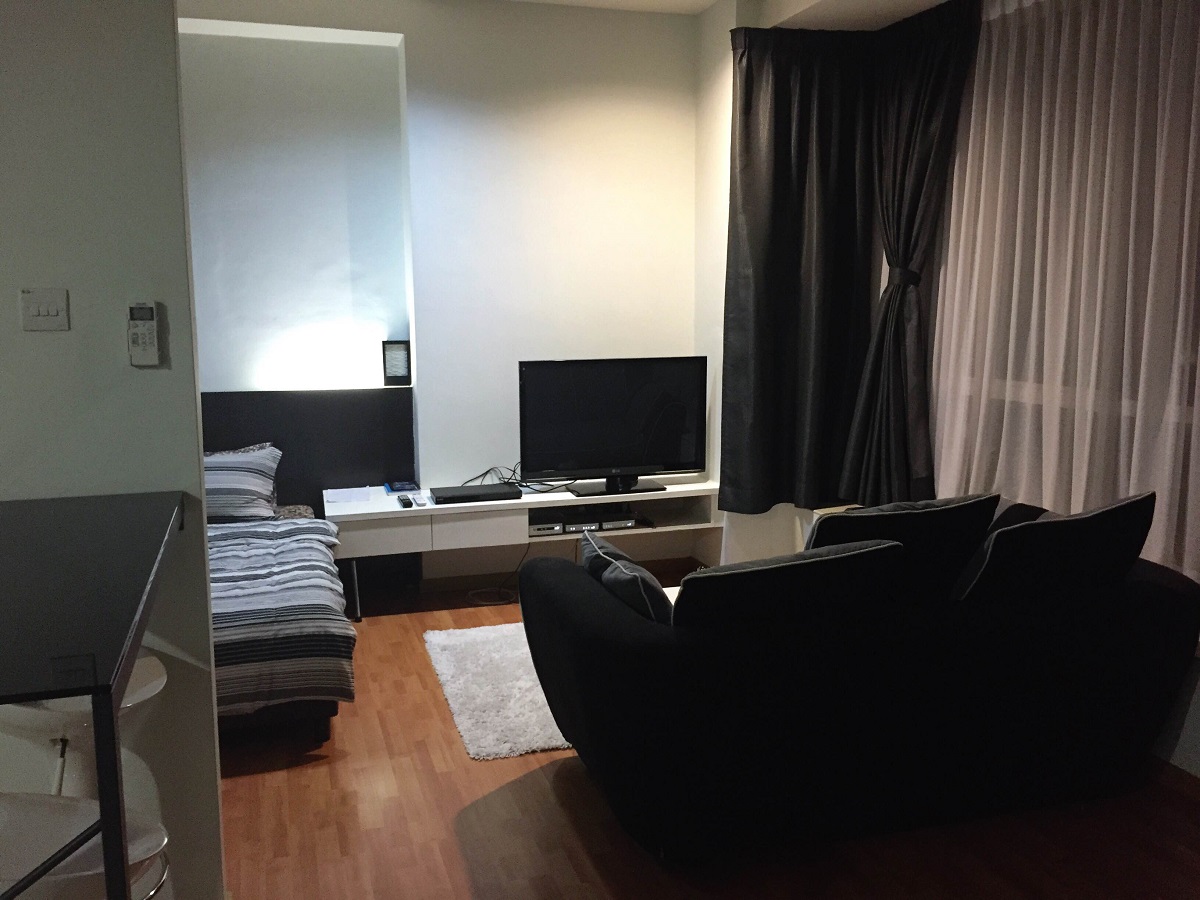 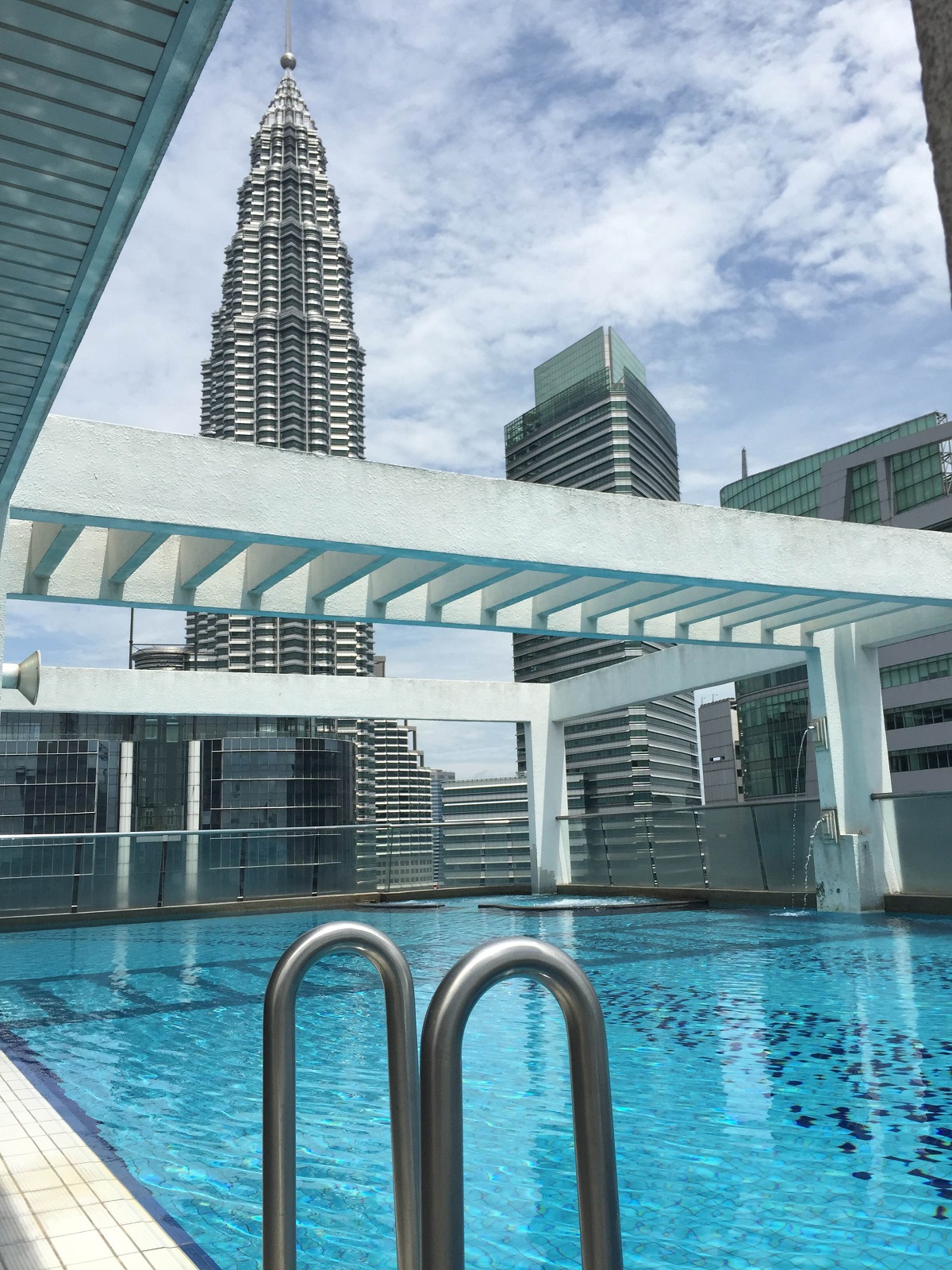 I was lucky enough to have an old friend in town at the same time I was there, Pailin. She’s actually from Thailand, but I met her in Miami about 4 years ago. She’s been traveling around for the past few months with her her digital nomad boyfriend, Simon. Simon was pretty busy during the day, so he was happy to hand over the ever-energized Pailin for a couple hours to go do some sightseeing, and she knew just what to see.

One afternoon we went to the Kuala Lumpur Bird Park which is basically in the center of the city. It’s an open air zoo essentialy and there are countless birds flying and walking around including parrots, peacocks, pelicans (which are way bigger than they look until you’re next to one) owls and many more. The park is well maintained and I didn’t feel any of the birds were being unjustly treated. They are more than happy for you to feed them some sunflower seeds or nectar. 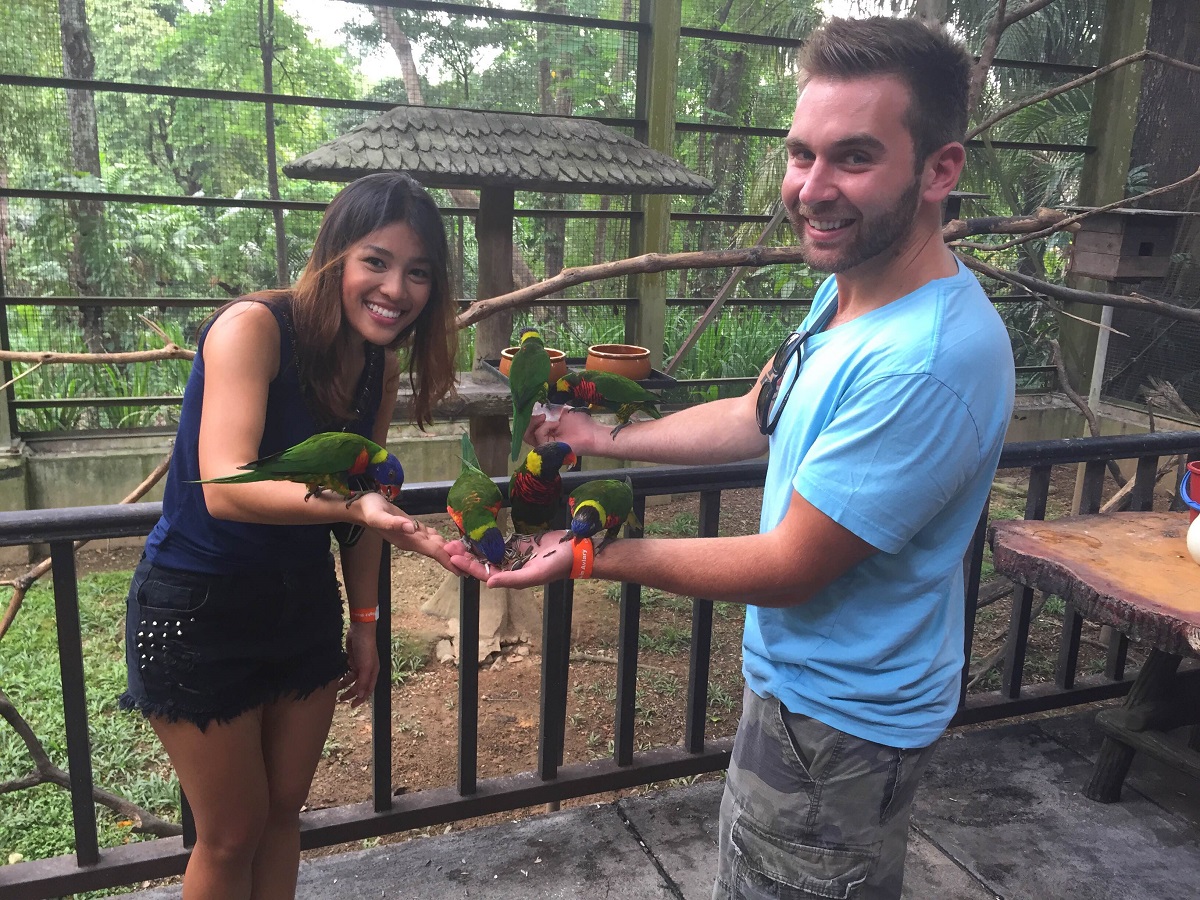 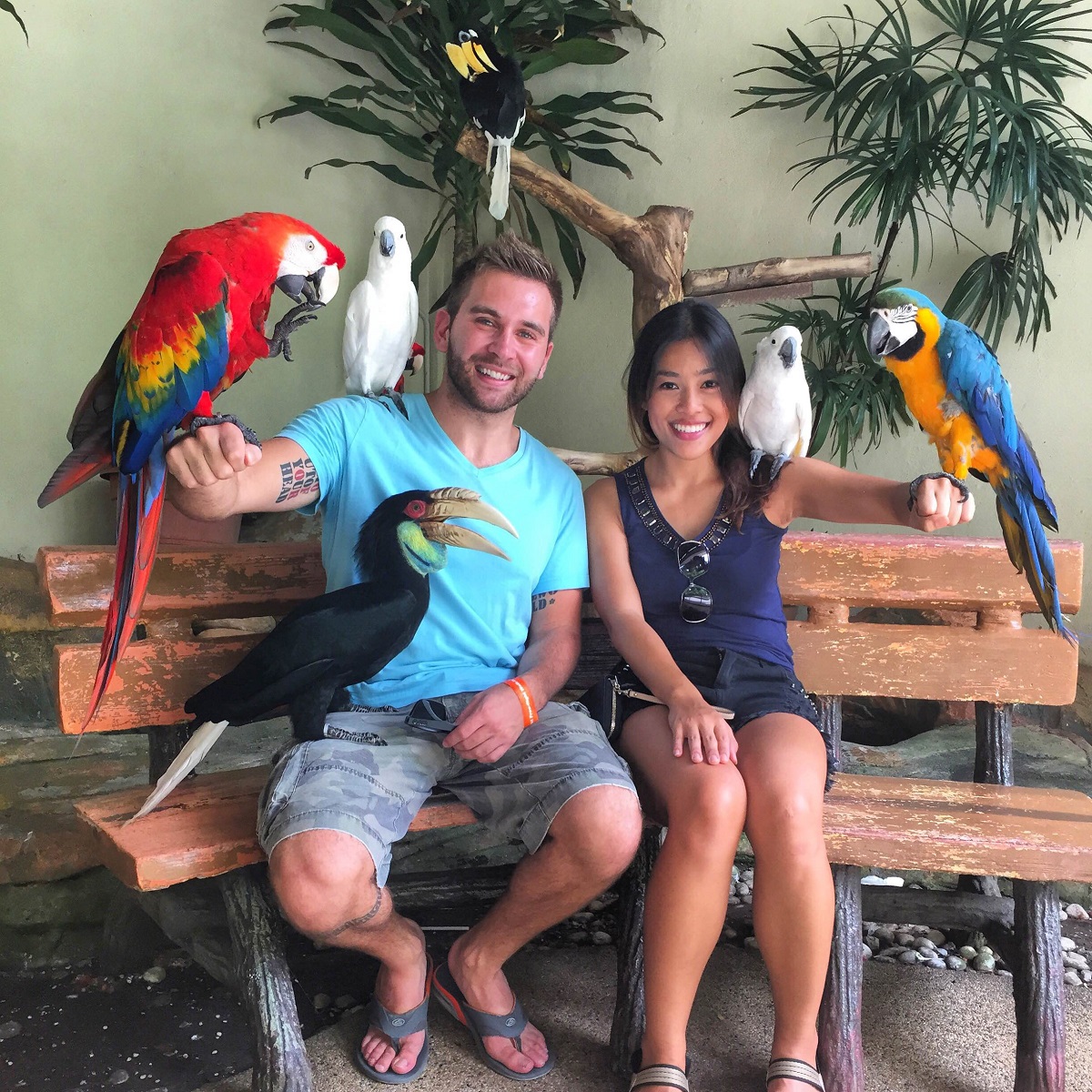 One other cool thing Pailin sorted out was a trip to the Batu Caves. They are only a 10-15 minute ride outside the city center by taxi and have become a pilgrimage for many Indians in the country as well as tourists alike. The caves are of course, old, but it was only in the late 1800s that a temple was erected inside and people started coming.

There is an impressive gilded Hindu statue at the base of the hill, then a series of steep, colorful steps that lead you to the entrance of the caves. 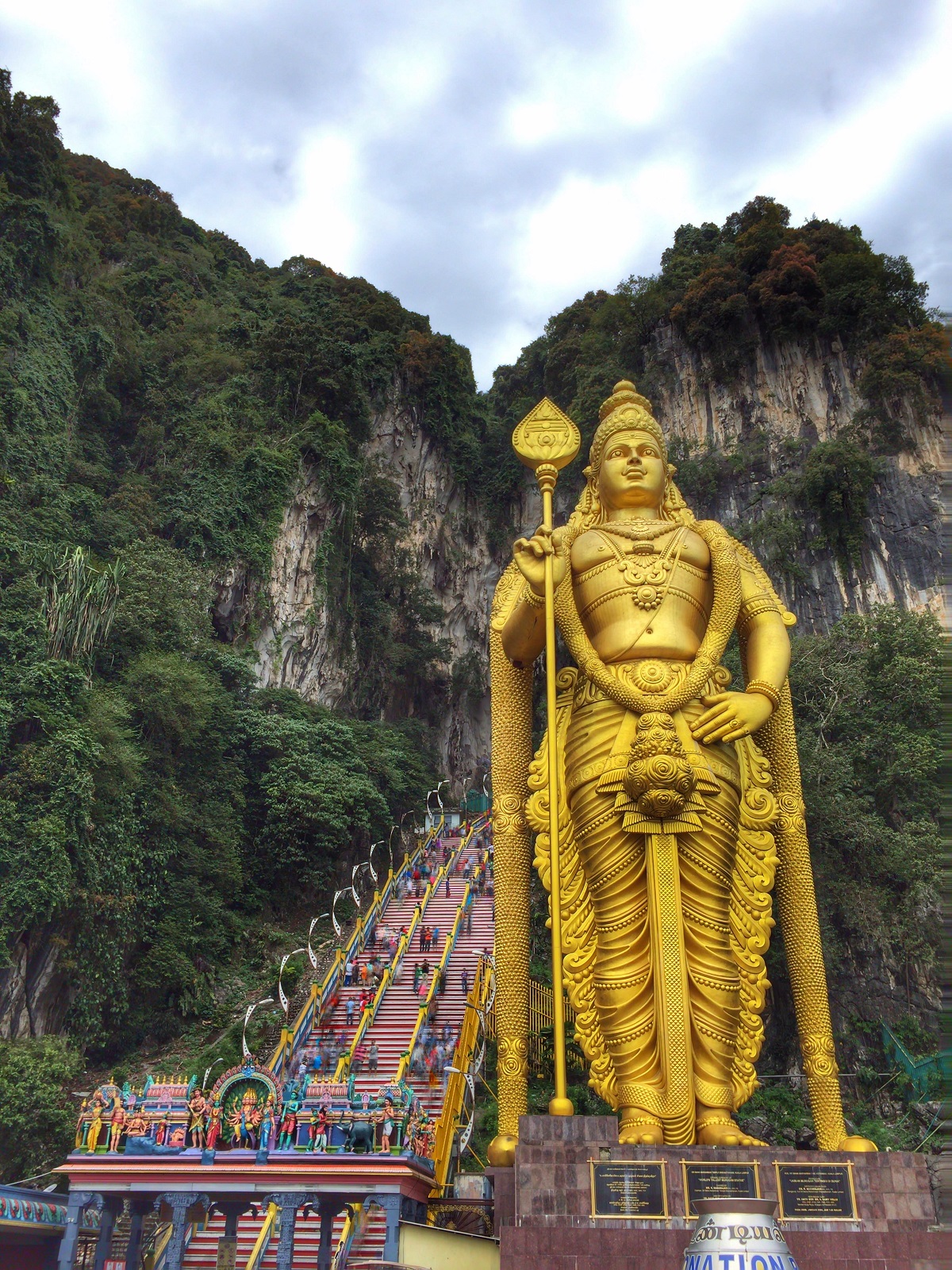 You’ll find monkey’s running around all over the place as people feed them bananas. I even had to save an old Indian lady who was being attacked by them (she was foolish enough to carry a huge bag of bananas). I grabbed the bag and ran up the steps fighting off my hairy brothers the entire way. I took a banana commission as well…

You’ll see many Hindus in full regalia, painted up, etc. so it was pretty interesting to experience. You can get some great Indian street food right outside as well. 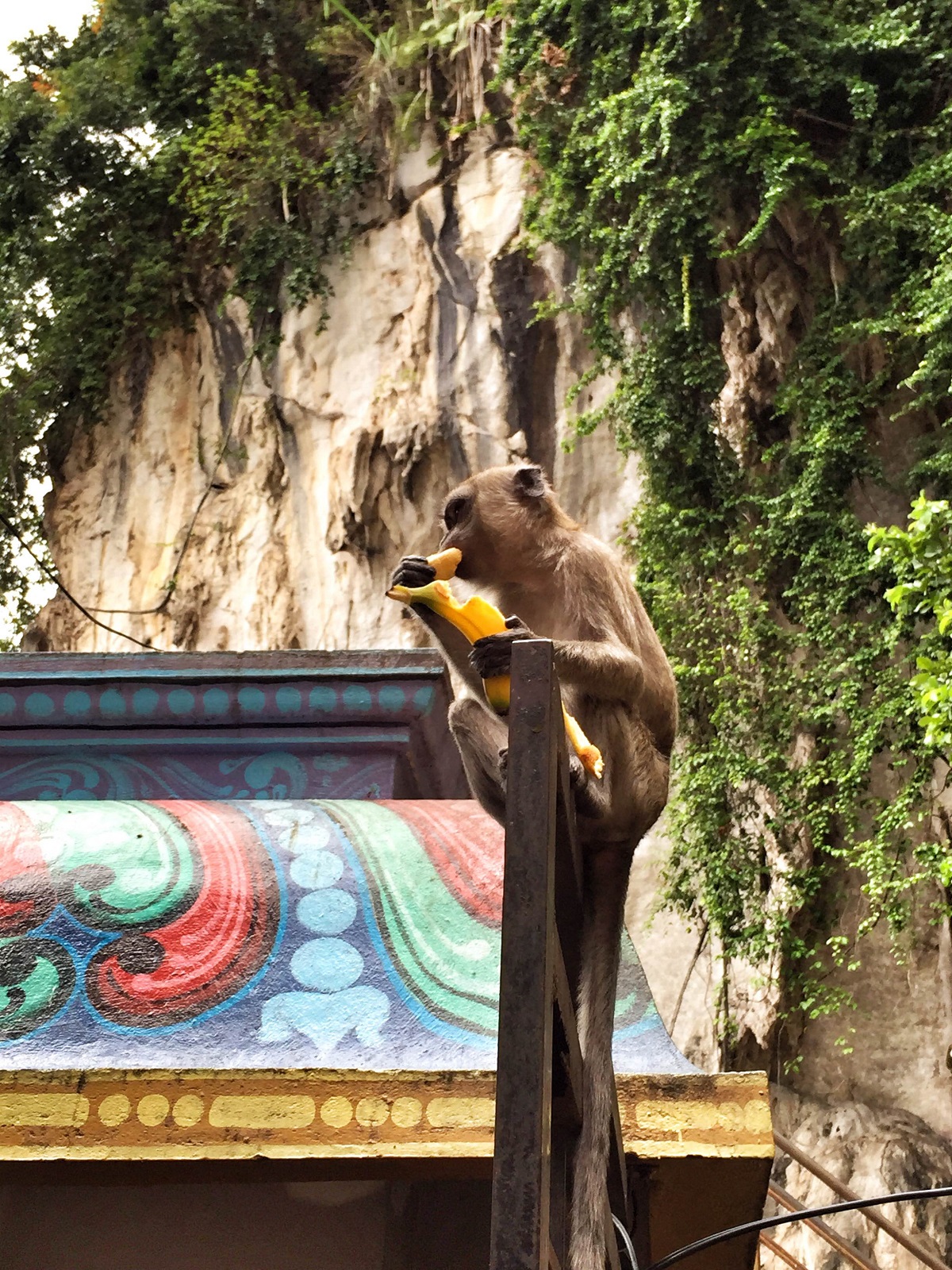 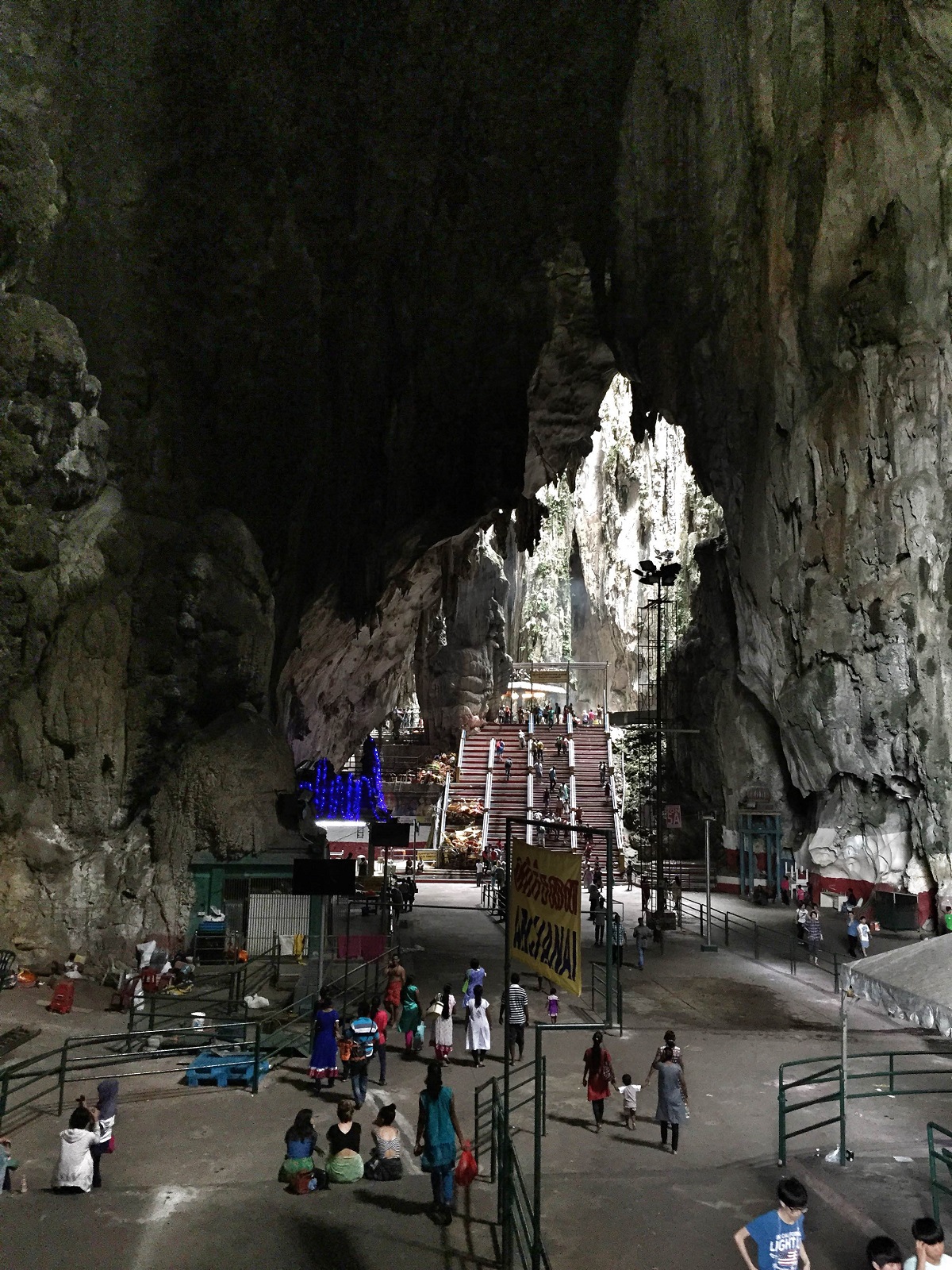 While Kuala Lumpur is a relatively new city (established in the mid 1800s), there is some cool colonial architecture in the old city center which is very well kept up. You’ll also find the old city market here which has lots of souvenirs and “Malaysian-esque” Bric-à-brac if that’s what you’re after. 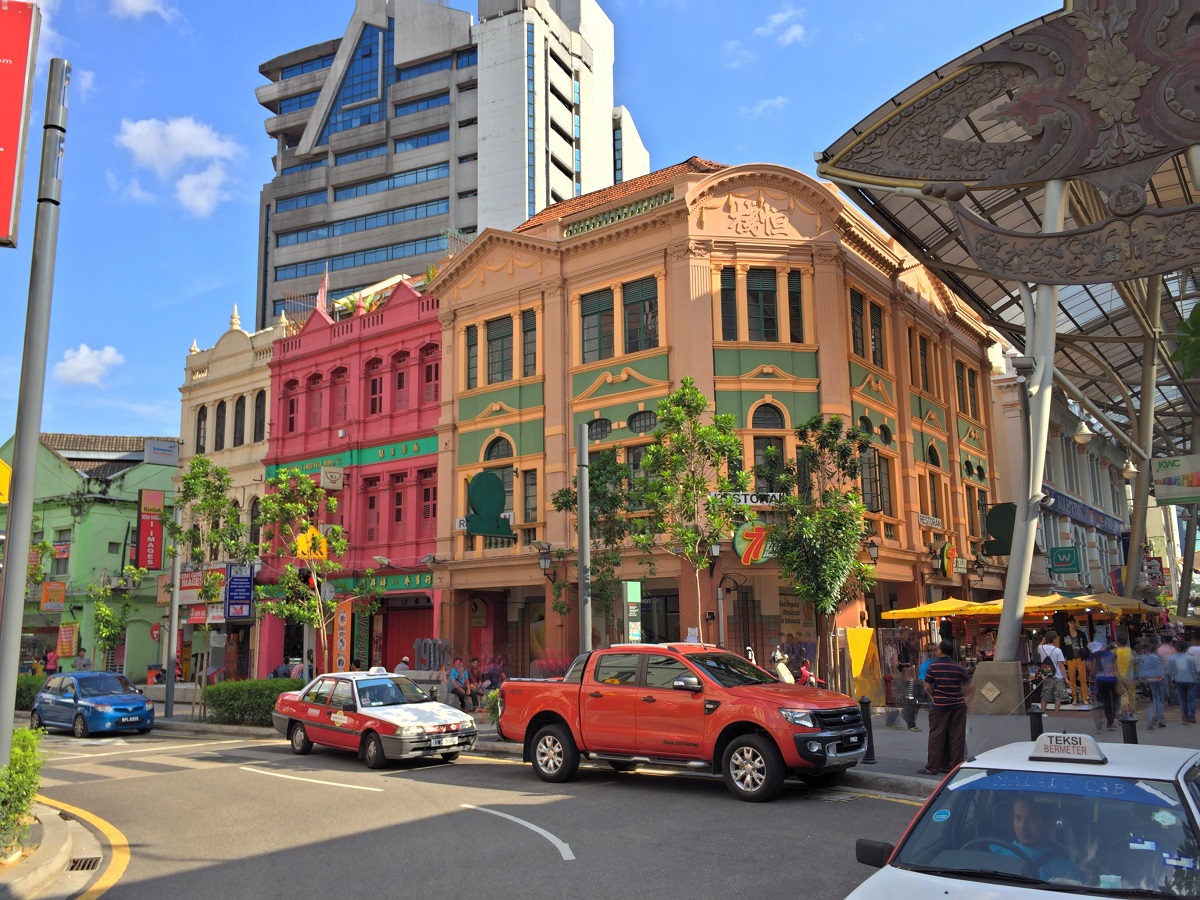 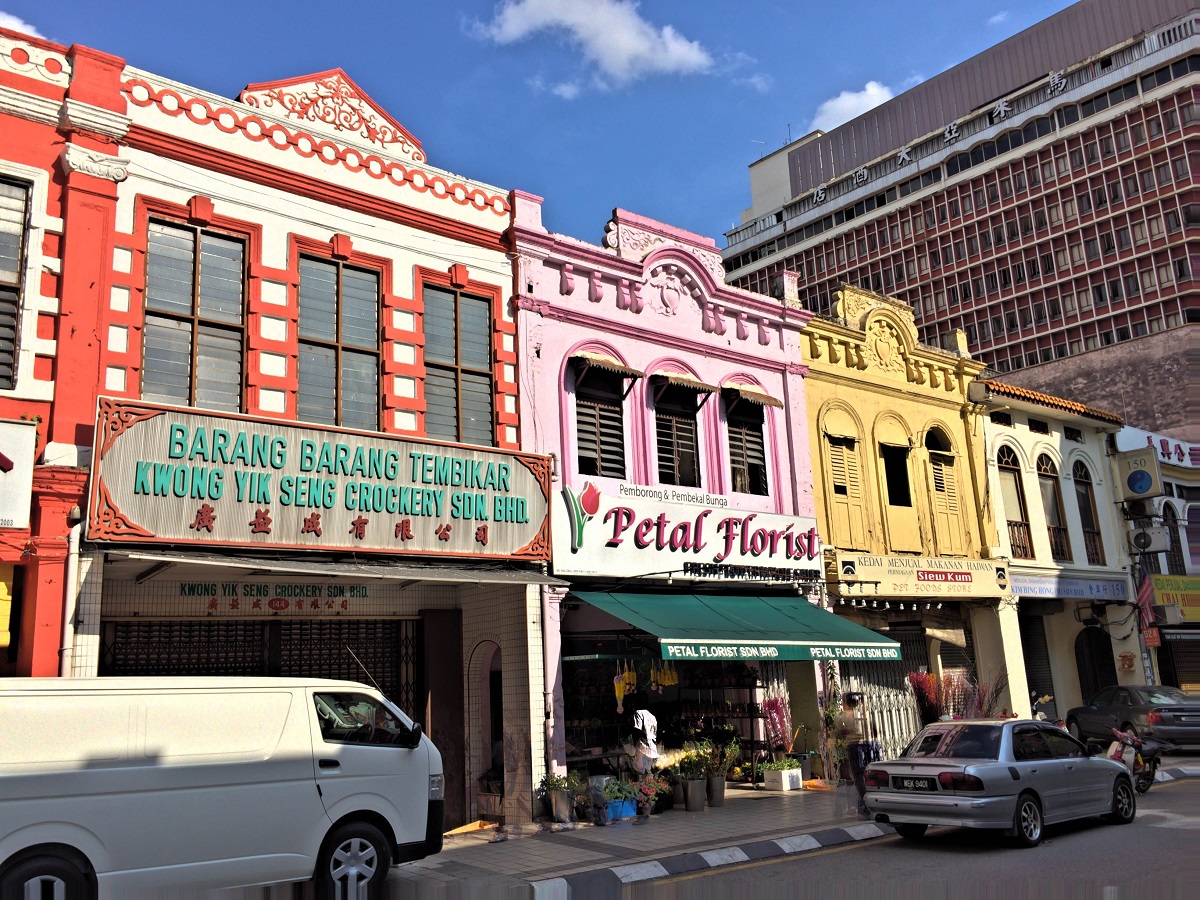 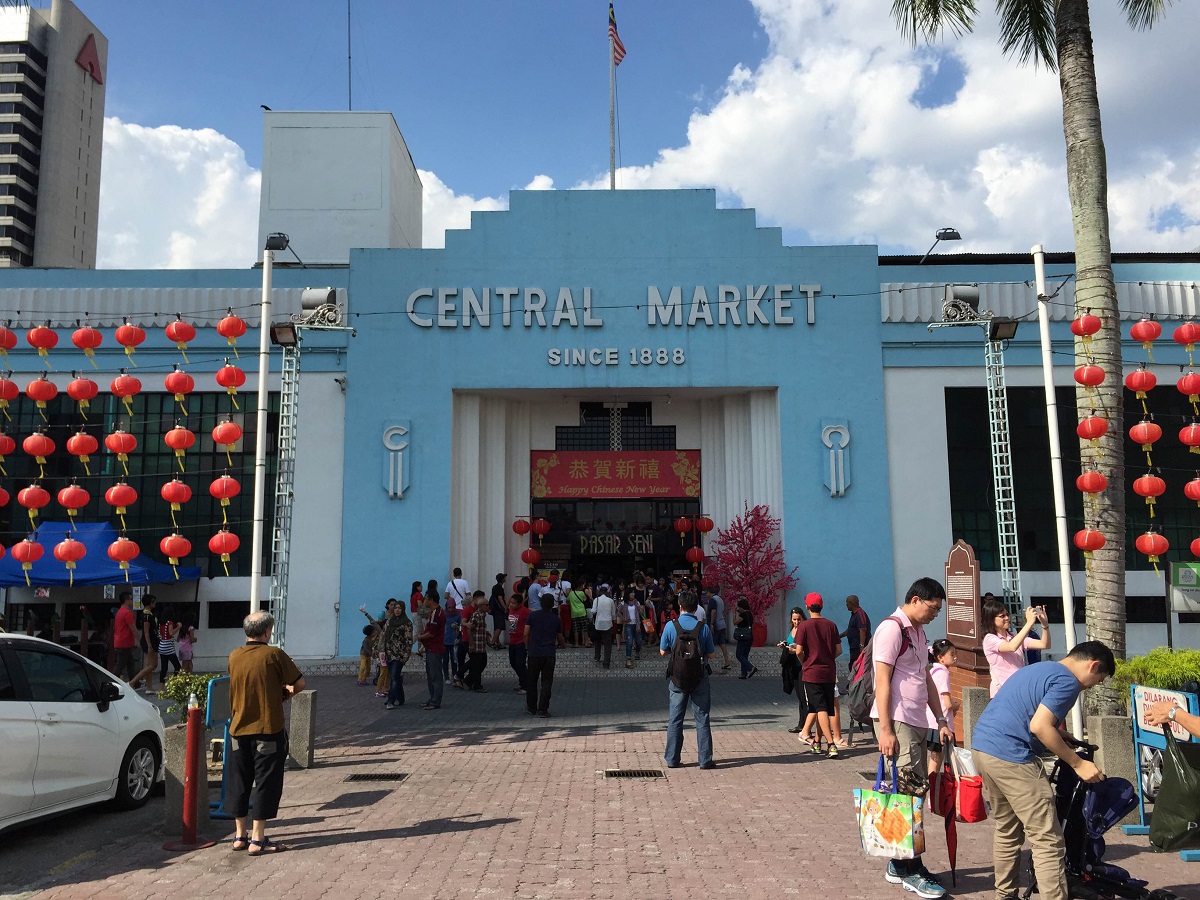 On my last night, Pailin, Simon and I went for some drinks at Marini’s 57, the highest rooftop bar in Malaysia. It had awesome views of the Pertonas Towers and a pretty fun vibe. 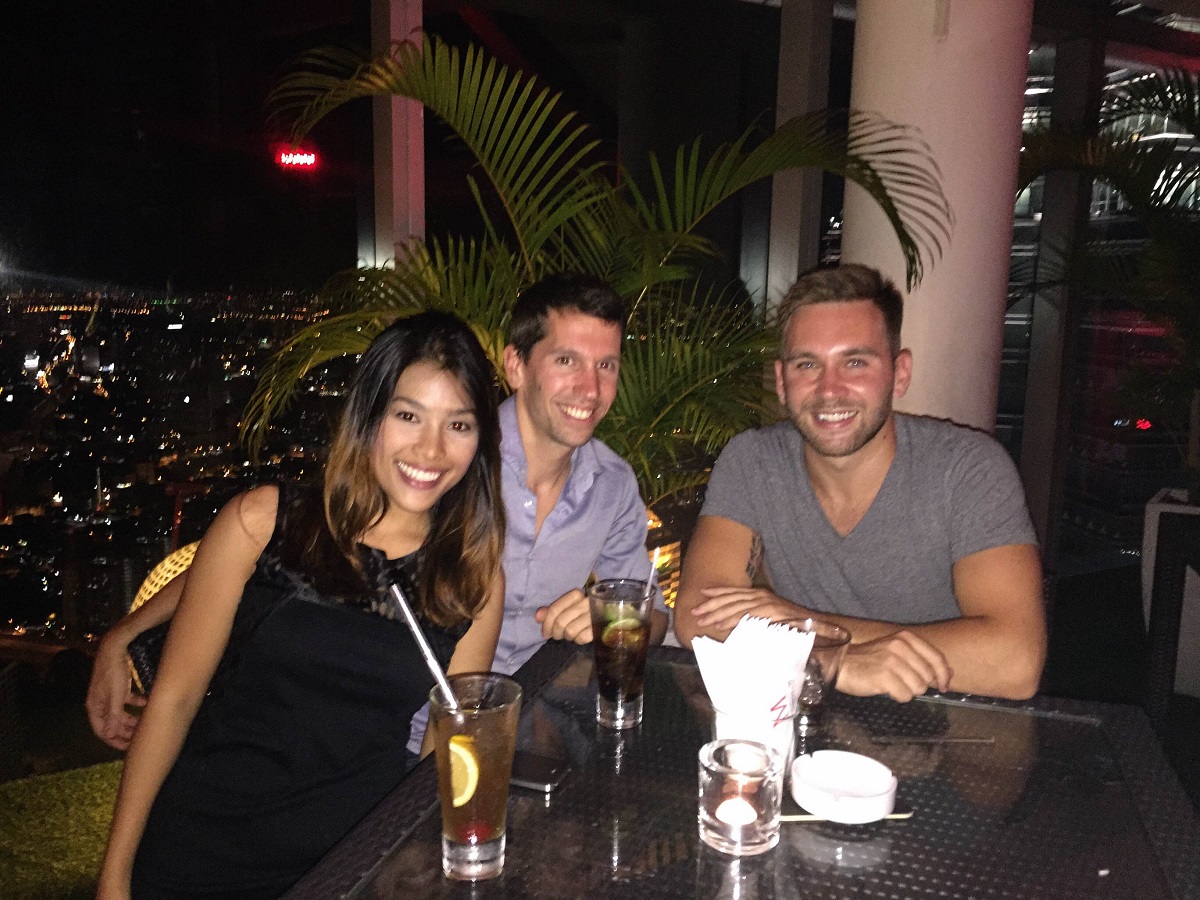 In conclusion, Kuala Lumpur is definitely a cool city and I could see spending extended periods of time there as all the amenities you’d come to expect (and want) are readily available and not at exorbitant prices.

Announcing My Two Month Asian Adventure!
An Urban Oasis in The Heart of SE Asia - Singapore!
Wat Wat! Temples in Thailand Worth Seeing!