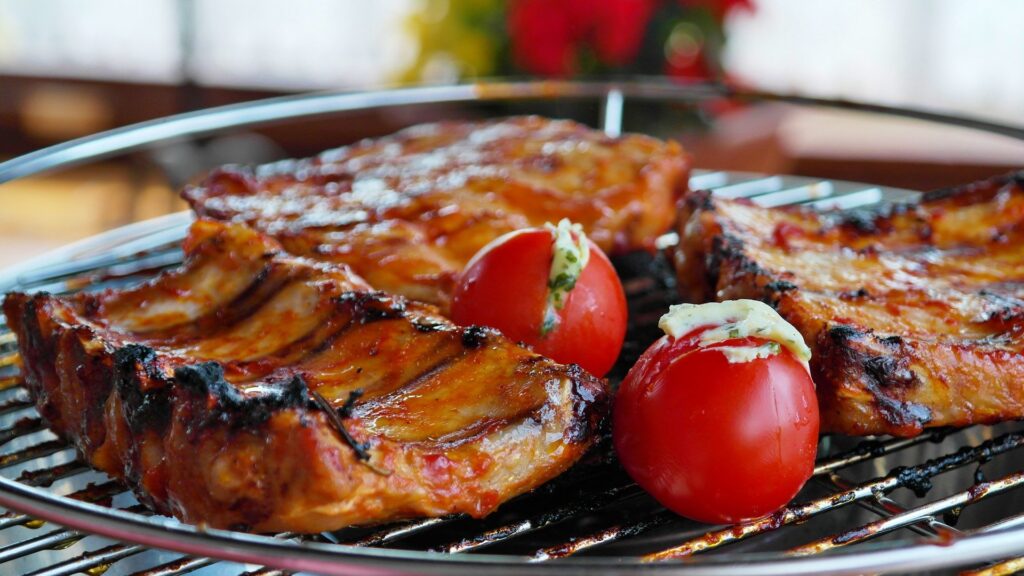 Soul food is cuisine which comes from the southern states of the USA and which is often associated with African Americans. As with any kind of delicious cuisine, it doesn’t take long for the rest of the nation, or even the world, to get on-board, and there is certainly nothing stopping you from cooking up some of this soul food at home. The inspiration for these dishes comes from countries in both Europe and Africa, as well as some ideas taken from Native American cuisine.

If you want to feed your soul then here are some of the most popular dishes which you can prepare at home.

Many creole dishes from Louisiana have now been included into the soul food range and red beans and rice falls into that category. The key to really elevating this dish is the cajun seasoning of the kidney beans, as well as the thick beef broth which it is cooked in. There are many takes on this particular dish and if you are making it at home then here is one of the best recipes online to follow minuterice.com/recipes/red-beans-and-rice/.

Much of the soul foods are basic ingredients which are given some TLC to taste great, and collard greens are the perfect example of that. These greens are eaten all year round in the southern states and are often prepared alongside a pickled pepper sauce. The seasonings of the collard greens usually comes from meats like ham hock, fatback, neckbones and other fatty meats. The juices of these meats is used to boil the greens to leave a delicious taste in the mouth.

The original fried chicken recipes can be traced back to soul food and the options which you can find in the south are absolutely incredible. Usually we see chicken which has been cooked in a broiler before being coated in seasoned breadcrumbs. Once the chicken is coated it is deep fried for a crispy finish on the outside with soft chicken on the inside. A popular way of eating fried chicken is with waffles, which is very much a soul food that is preserved for special occasions.

Hog is one of the most commonly used meats in soul food and there are a variety of uses for the meat of this animal. Ham hocks are very often used, which is where we see this large cut of meat and ligaments slow cooked or stewed for a supple texture. Additionally hog jowl is often used, which is the cheeks of the hog that have been cured and smoked, and offer a similar taste and texture to bacon.

We may see this one a little less in the modern age, but hog maw is deeply rooted in soul food too, which is the stomach lining of the hog. This lining has almost zero fat and is almost all muscle, which is why it offers so much nutritional value. For those of you who really want to get into the soul food cuisine, pigs feet are often eaten, which are slow cooked and then either served of pickled for later.

This exciting salad is always found on the tables of soul food restaurants and it offers a real freshness to the richer and smokier flavors of other dishes. The basic variation of this salad consists of black-eyed peas, rice, chopped onion and some sliced bacon, seasoned with salt. Often however we see the bacon replaced with hame hock or country sausage, depending on what recipe the restaurant uses. Originally this dish comes from South Carolina but it is not uncommon to see it across the south in its many variations.

The ribcage of the domestic pig serves as a tasty feast all on its own, and is often smoked or grilled before serving. The meat is tender and can absorb just about any flavor that the chef cares to add. Barbecue sauce is the most common, as well as hot and cajun style seasoning. The flavorings are the key to a delicious dish here, and each kitchen will have their own take and mixture of rubs and sauces.

Grits are one of the most perfect examples of how soul food chefs could turn nothing into something truly delicious. Using coarsely ground cornmeal which is mixed with milk and water, grits are either eaten for breakfast, similar to oatmeal, or they are used to accompany a main meal.

Given the abundance of corn that there was in the south, as well as its low price, it is unsurprising that there are a number of simple corn-based dishes. This quickly and easily made bread is cooked in a skillet and comprises of buttermilk, corn and bacon fat used as seasoning. There isn’t a soul food menu in the world which doesn’t feature its own take on cornbread.

Our final corn dish on the menu are these tasty little balls of cornmeal. Made using meal, onions, eggs, buttermilk and garlic (optional), the mixture is balled up and left to set, before being deep fried. Despite its simplicity this is a really tasty side dish to add to your soul food feast.

Dessert is often seen as a luxury item but down in the south it didn’t matter what resources they had, they were sure to whip up something delicious to finish off the meal. Sweet potato pie is the perfect example of this. Parboiled sweet potatoes are pureed, species and then baked into a large pie crust. Sweet potatoes are so incredibly diverse and they can be eaten both savory and sweet. This dessert is the perfect example of the latter use of the abundant vegetable.

If you plan to prepare any of these delightful dishes then feel free to let us know how you get on, in the comments section below, we’d love to hear from you.

Making a Cheese Board with Pepper Jelly
The Best Event in Miami - South Beach Wine and Food Festival!
Why Saigon Sucks and Rocks