My last stop on my Germany tour landed me in one of my favorite cities in the world, Berlin. I have multiple friends that live there and this was my 2nd time in the city – here’s a post I did about some of the touristic things to see/do in Berlin which I really didn’t do much of this time around.

I essentially just came to Berlin to hang out, live the good life and visit my friends. Berlin is actually MUCH cheaper than most of Germany, which is kind of an interesting truth considering it’s the largest city and the capital and a welcome respite from Frankfurt and Hamburg. I can’t think of any other city in the world that is either the largest city and/or the capital and is cheaper than the rest of the country, can you?

I spent my first couple of days in the western part of the city (which wasn’t behind the iron curtain) at Hotel Otto which was a great place to get reacquainted with mien Berlin. It’s located in Charlottenburg, a neighborhood a couple miles from the city center, but still urban and easily accessible by metro, bus or taxi. The hotel is on a quiet street with plenty of great restaurants and cafes so you won’t feel “stranded” in the slightest.

My room was well-appointed, had good Wi-Fi and the bed was comfortable. The bathroom was especially  nice and was well-done with quality fixtures and they have free-trade shampoos and soaps too which was a nice touch. 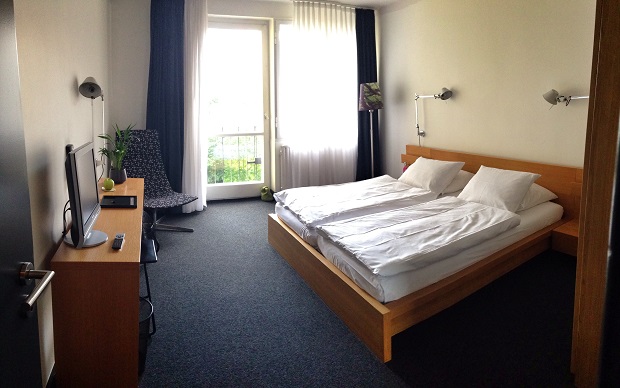 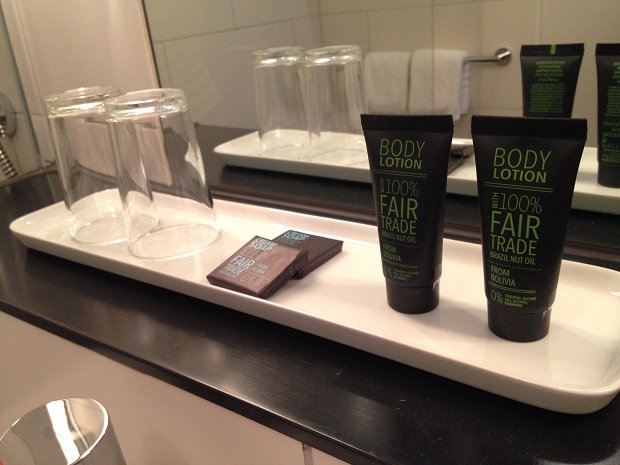 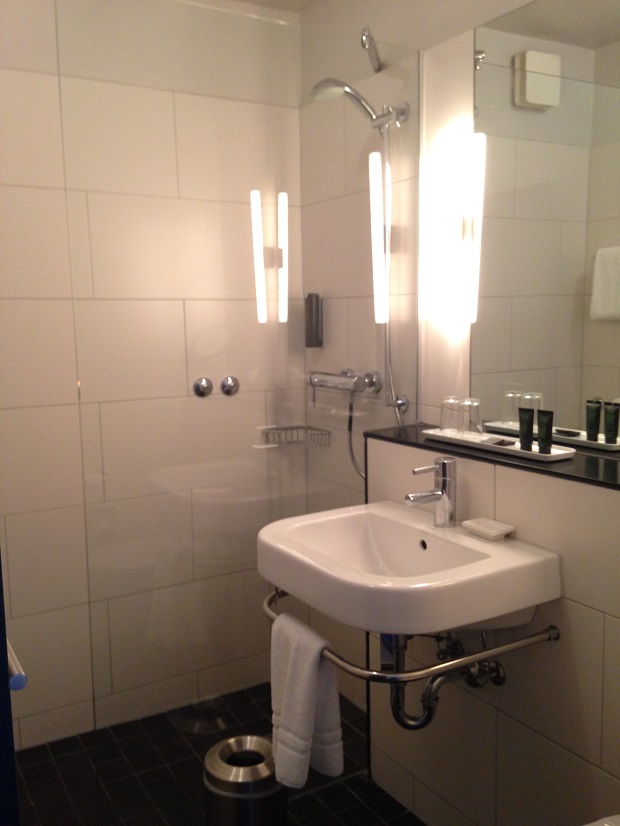 Their breakfast was solid and the staff was great. They offered made-to-order eggs and coffee and a full buffet spread of breads, fruits, cheeses, jams, cereals and pastries. The best part of the breakfast is that it’s on the top floor of the hotel with a great view of the city, and between 2 PM and 7 PM they have coffee/tea and pastries which were nice to enjoy out on the terrace. 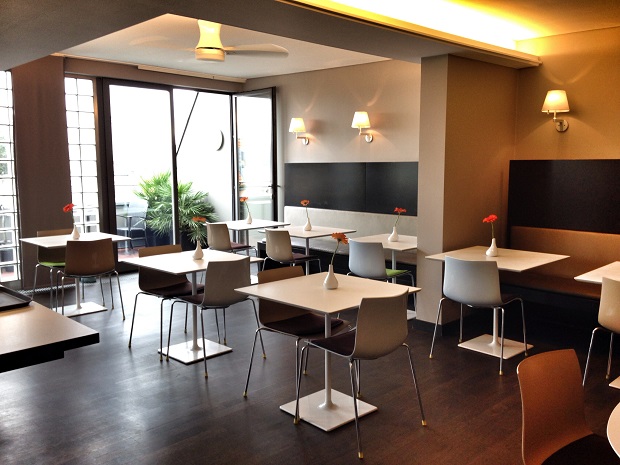 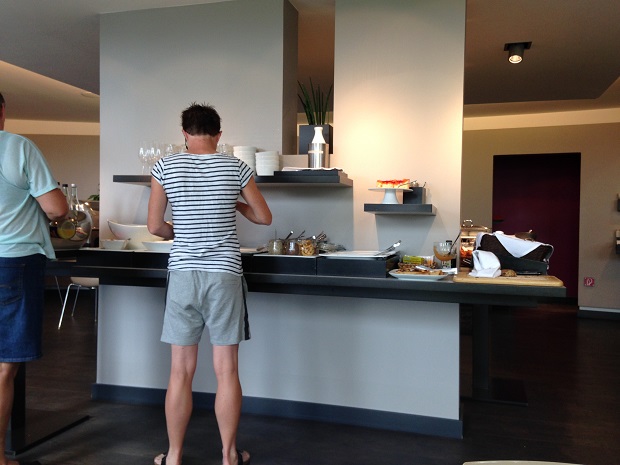 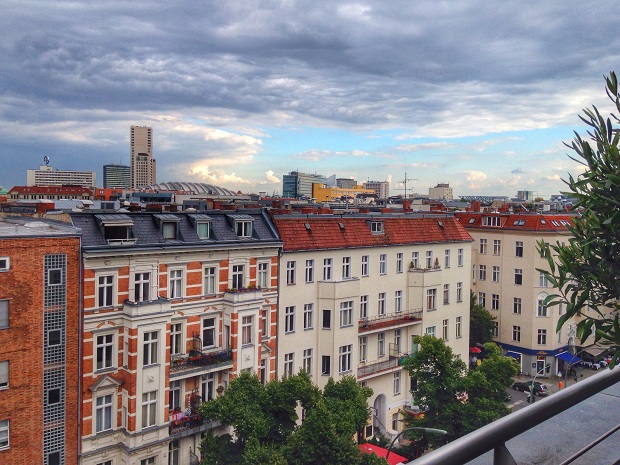 Even walking around the halls and stairwells of the hotel were a pleasure and the elevator plays the sound of birds chirping!

After doing the west for a couple days, I was ready to experience what Berlin is really famous for these days, its grittier/hipsterific side in the eastern art of the city.
I decided to rent an apt on Airbnb which was located in the Kreuzburg neighborhood which is basically the Williamsburg of Germany, and in my opinion the real hipster capital of the world (not even hipsters can afford Williamsburg anymore). 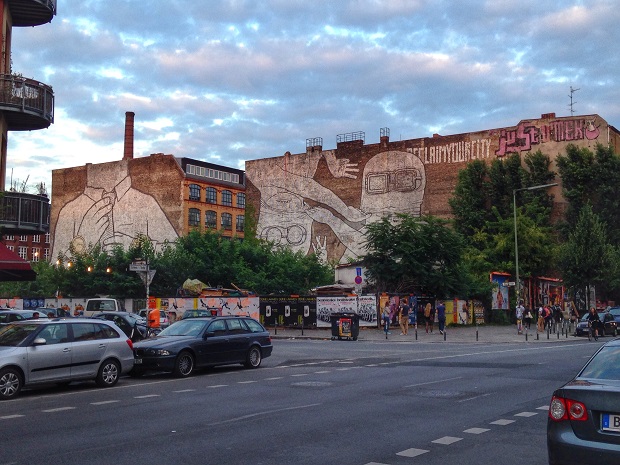 Kreuzburg is where you will find the real vibe of Berlin with countless cafes, coffee shops, restaurants and of course more bars than you could ever visit on the lifetime of one liver. Prices are much cheaper than west Berlin or the center. It’s a great place to spend a weekend. While most people don’t even go out until 2 AM, this was not on my agenda as I have no interest in staying up until 3 PM partying (anymore). But there are plenty of people going out on a normal human’s schedule as well, especially along the canals and waterways where you’ll find some awesome bars to have some drinks, shake your butt to esoteric hipster beats and have a gander at the wide mélange  of people from geeks to freaks to chic – you get it all in Kreuzburg, and everyone is welcome. Summer in Berlin is something special as people are outside as much as possible so there is always something going on. 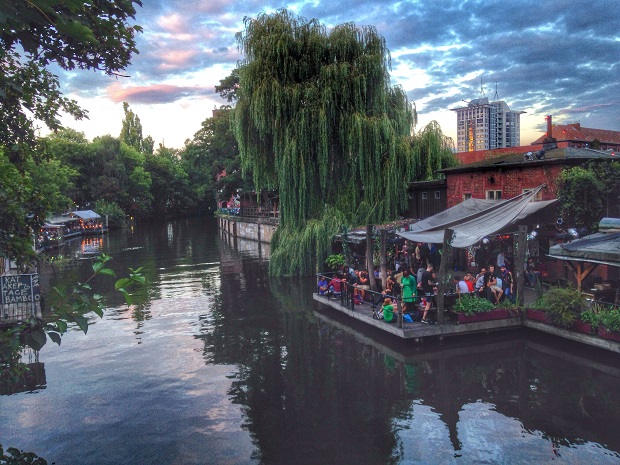 My friend Felicia took me to a really cool public pool called Badeschiff, which you’ll never find unless you Google it, and yes, you walk down a shady alley, and yes, that’s normal here, don’t worry. It’s situated within a big warehouse complex used for events, a club at night, a deck to sunbathe and chill during the day, and the coolest thing, a pool right in the middle of the river! Badeschiff is behind another really good restaurant that I’ve been to which has now moved to Kreuzburg, White Trash Fast Food (don’t let the name put you off, it’s legit). 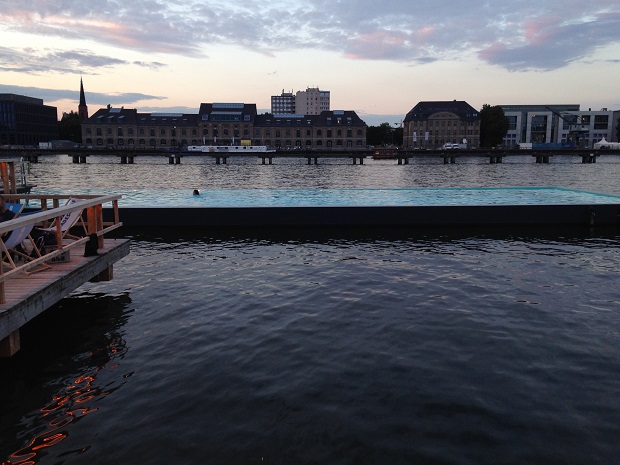 One other thing I checked out which was interesting, strange, scary and sad was a favela, as the locals refer to it (like in Brazil) right in the heart of Kreuzburg. It’s basically an abandoned lot that has been claimed by squatters who have created a veritable  slum village with over 30 shanty houses. The people that live there are immigrants who have lost (or never had) work, druggies, punks, and just people who don’t/want to live in you know, an apartment…
You’ll see people dealing drugs, doing drugs and all sorts of crazy things. This is actually the case in most of Kreuzburg, and a lot of Berlin for that matter. You’ll be asked 100% if you need anything if you aren’t staying in your hotel room the whole time, but don’t be alarmed. In my opinion, the use of drugs and sale of them is so prevalent , there really isn’t much issue (i.e. tons of gun violence and crime like in the US) with it as it’s not being cracked down on like other places. Just say “nein”, or “no thanks” and no one will hassle you any more than that. 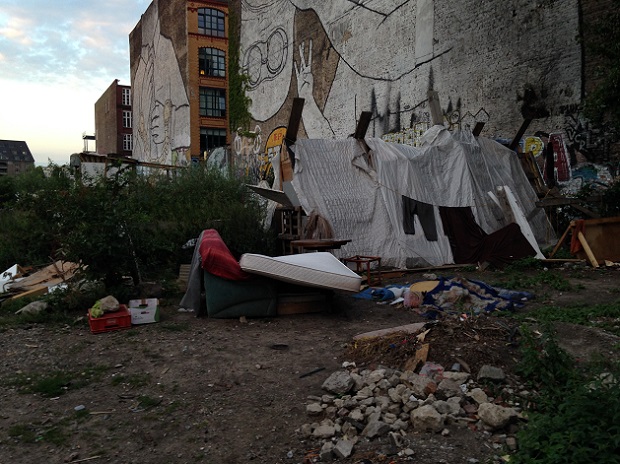 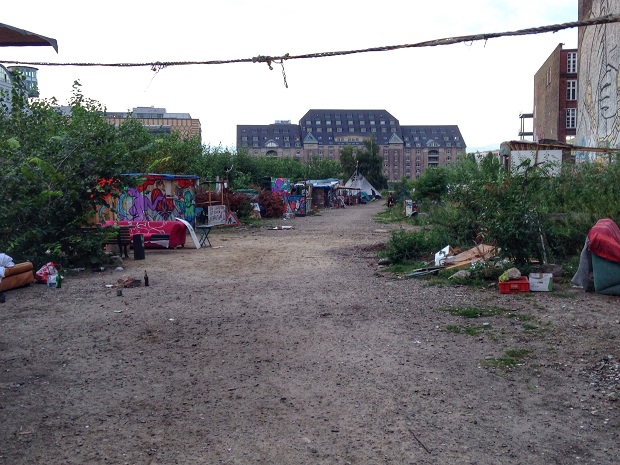 While my 4 days in Berlin were short lived, it was great to be back, and I could definitely see myself spending a couple months kicking it on the long term. Don’t miss it if you go to Germany!
Digg Digg
Be Sociable, Share!

Rainy-Day Fun on Kauai!
Sheffield, England - A Great Day Out!
Madrid, the city of cultural landmarks and more tapas than you can eat!