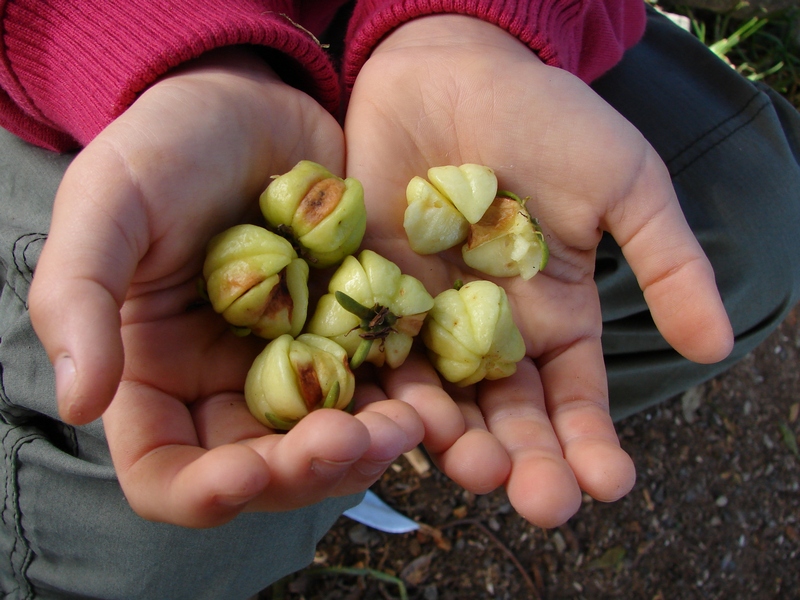 When it comes to visiting Sydney, Australia, the list of things to experience, see, participate in and stay is as long as the Great Barrier Reef itself. The Sydney Opera House, the Blue Mountains, Bondi Beach and even the Sydney Tower all make for unforgettable sites in the nation’s largest city.

And just like many places in the world, there is a deep love of food in Australia, and many dishes and delights are what define this incomparable country. You can experience a wide variety of foods in Australia, and chances are you’ll be satisfied, full and ready to brag about the restaurant or bars that you visited. But if you’re looking for a true Australian local’s experience, look no further than the native and traditional Australian bush tucker. You know, everyone’s favorite bush tucker available on menus across the world.

Wait, you don’t know what bush tucker is? Rest easy. Allow us to fill you in.

Bush tucker refers to any food that is native of Australia—food that was used as sustenance by the aboriginal, early inhabitants of Australia. Experiencing bush tucker is an experience that should be on your list of things to experience while traveling with your family. Nowhere else in the world can you experience bush tucker that includes animals that are native to Australia—yes, that of kangaroo, emu and crocodile.

Kangaroo is the most common form of Australian food and is often found in supermarkets. Along with other animals like goanna (think lizards) and witchetty grubs (think gian slug), the Australian bush tucker can also include native fruits, like guandong, kutjera, muntries, Davidson’s plum and finger lime.

If you want to make your own dish of bush tucker that includes the aniseed myrtle spice, a native bread or a little kangaroo, you may have some trouble with perfecting the recipe.

You can try. But don’t say we didn’t warn you.

Rather than take a stab at cooking up your own bush tucker, where you end up with bugs and lizards, leave native food preparation in the hands of the friendly experts. And when you’re in Sydney, there’s no better place to taste traditional bush tucker than at the well-known Gardener’s Lodge Cafe—a charming dining establishment that happens to stay far away from crawling bugs and reptiles.

Indeed, this home-style café will offer you a taste of both the native Australian food and the friendly Australian culture, guaranteed to make your trip something you’ll never forget. Operated by three hospitality teachers and Australian natives, Gardener’s Lodge Café serves meals with a “flavor of the bush” in a building that was originally constructed in 1888 and holds significant history to the city of Sydney. Whether you choose to dine inside the facility or to enjoy the sights and sounds outside having a picnic near a beautiful duck pond, this is a must-dine-at café for families and all visitors to the Australian nation.

With a menu featuring a kangaroo pie and many other traditional dishes, including a kid’s cheese mite sandwich (think 80s pop song), one thing is for sure—between the treatment from your host and hostesses and the home-style, good cooking and food, you’ll feel like you were born and raised Down Under.

How Can I Travel When My Jaw Hurts? Your Guide to Traveling with TMJ
Best Meals to order on Weekend
Key Considerations to Plan the Perfect Honeymoon