Victoria Falls is one of Africa’s most incredible sights. A massive waterfall that falls into a huge chasm in the ground, it is one of the continent’s many impressive things to see and comes complete with a long list of fun facts. For 10 of the best read on:

1. Victoria Falls literally divides two countries. The waterfall lies exactly on the boarder of Zambia and Zimbabwe. To view the Falls face on, the Zimbabwean side provides the perfect place, although whichever side you choose you will always run the risk of getting drenched by the rising spray. 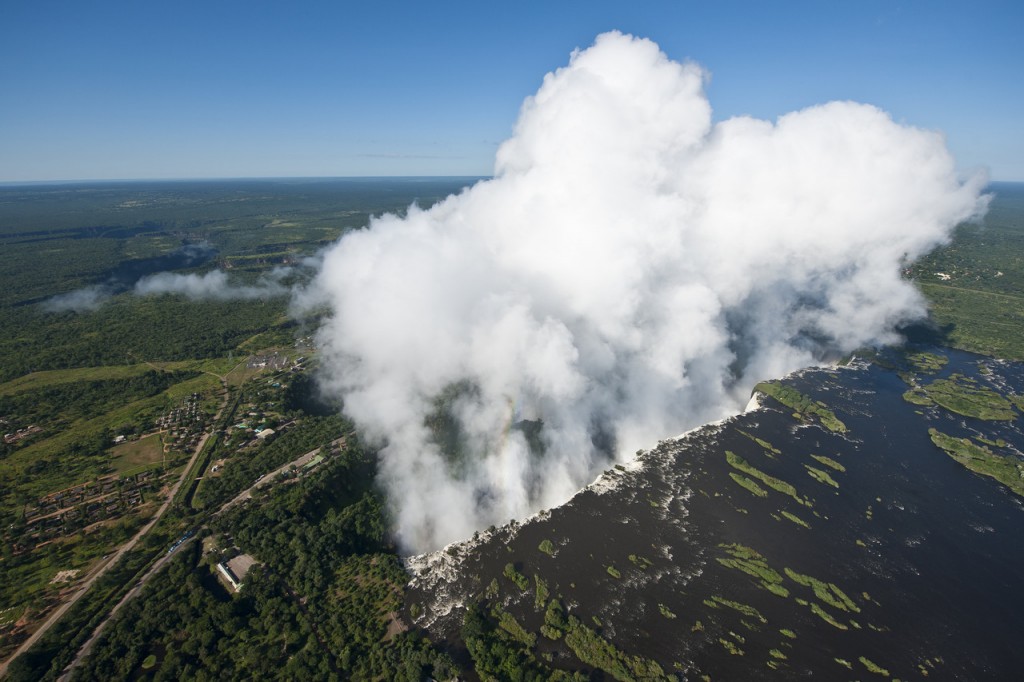 2. Victoria Falls holds the title of the world’s largest waterfall, at 108 metres high and 1,708 metres wide. However, the Falls are neither the highest nor the widest; those titles go to Angel Falls in Venezuela and Khone Falls in Laos respectively. So why the largest? Victoria Falls is the largest curtain of falling water on the planet, that’s why. It is at least twice as high as Niagara Falls and one and a half times as wide.

3. Victoria Falls is part of the Zambezi River, which feeds the Falls and helps to create its impressive flow rate. It lies around halfway along the Zambezi’s 2,574 km long stretch with the water that pours over the edge of the Falls eventually flowing off to empty into the Indian Ocean.

4. David Livingstone was the first European to see the Falls, which he discovered in 1855. Livingstone was a British missionary and traveller that spent most of his life exploring Africa. He was taken by boat to a small island that lies on the edge of the Falls and it was from here he first glimpsed them. As such the island is now known as Livingstone Island. 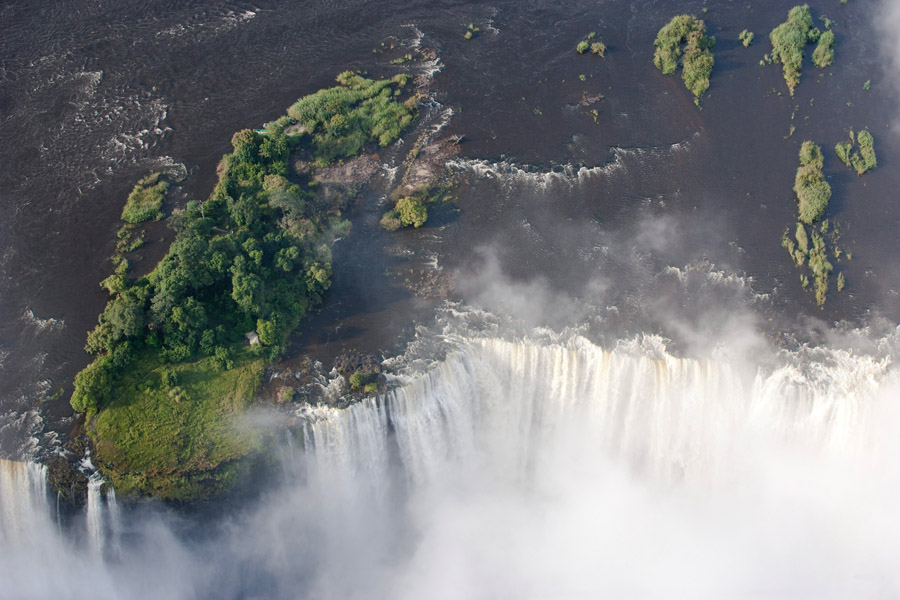 5. Upon discovering the giant waterfall Livingstone decided to name it after his Queen, Victoria. However, long before Livingstone knew of the Falls they were known by locals as Mosi-oa-tunya, which means ‘The smoke that thunders’ when translated. This is in reference to the clouds of spray that rise from the chasm into which the waterfall flows.

6. While it might not possess the highest flow rate in the world, the amount of water that tumbles over Victoria Falls’ basalt cliff is still incredible. During the wet season over 5 million cubic metres of water pour into the 100m gorge below every minute. 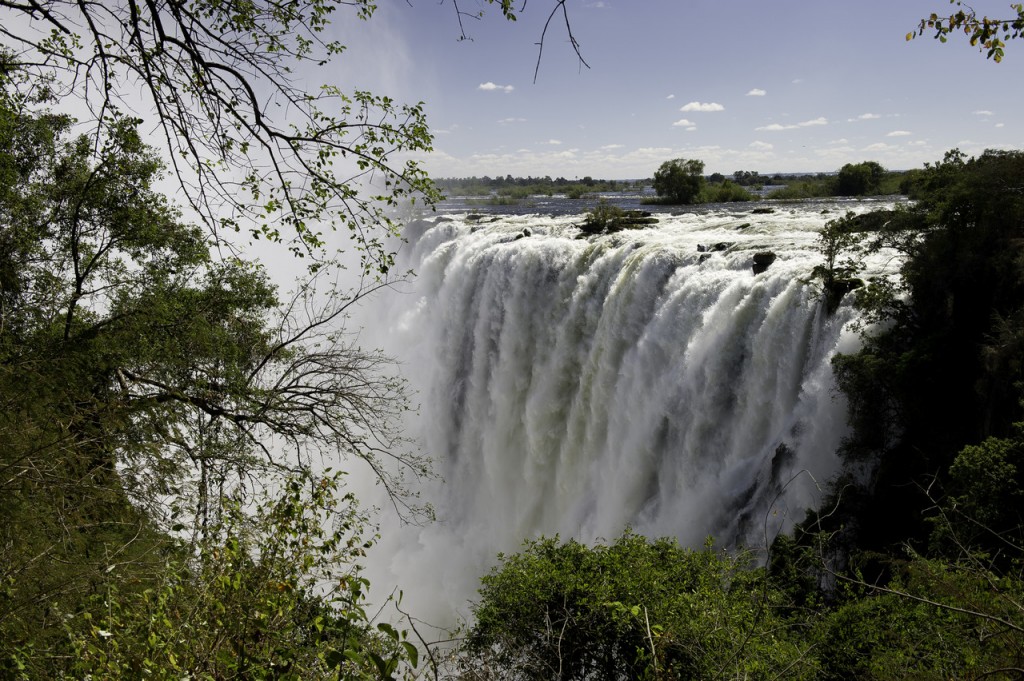 7. The Falls are synonymous with daredevils and there is a long list of activities open to those brave enough to try them. The Devil’s Pool is one such activity. Found on the very edge of the waterfall, visitors can literally stand, swim and lie on the edge of the Falls. As a result of a reduced flow rate in the Zambezi River, from around July to December a small pool is formed by a rock wall, which slows the Zambezi’s current just enough not to carry bathers over the edge. 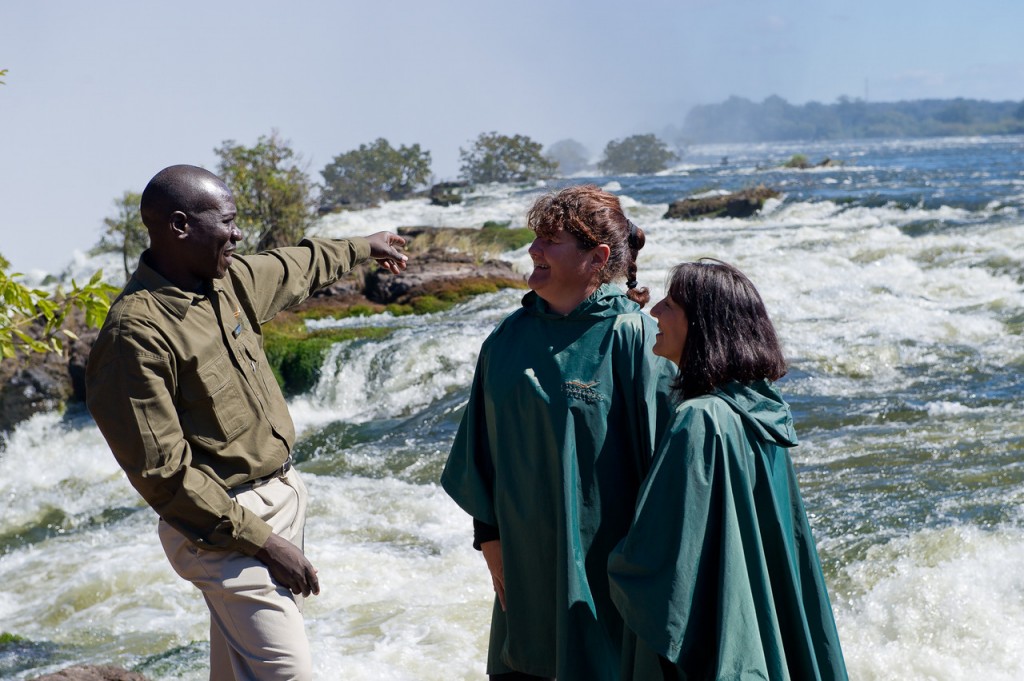 8. Because it is so spectacular to behold, Victoria Falls is known as one of the Seven Natural Wonders of the World. The mighty waterfall rubs shoulders with other famous places and phenomenon around the globe, including the Grand Canyon, the Aurora Borealis, Mount Everest, the Paricutin volcano, the Harbour of Rio de Janeiro and the Great Barrier Reef.

9. Did you know there is actually a place on earth where it rains non-stop, all day, everyday? The Victoria Falls Rainforest is that place and boasts unique fauna and flora as a result of its unusual conditions. The constant rain found here is caused by the continuous spray from the Falls, which douses the rainforest and everything in it.

10. A very rare and unique phenomenon can be seen at Victoria Falls that you will find in few other places on earth; a moonbow. These rainbows at night last from sunset to sunrise and only occur on a full moon, with moonlight reflecting off the spray of the Falls to cause this striking spectacle. 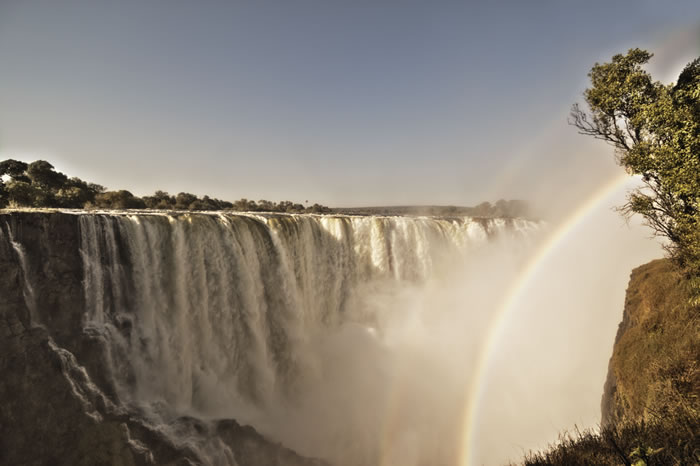 Unearth the charm of the Smoky Mountains
England Outside of London: Five Countryside Spots You Must Head To
Enjoy Beautiful Bukit Batok Nature Park in Singapore!