The top tourist attractions in Tunisia are reflections of the fierce spirit that possess this land in the vast Saharan region of North Africa. Tunisia was once home to the Carthaginians, ferocious rebel nations fighting the Romans in the Punic Wars and once led by their iconic general Hannibal. Long after the Roman era, the Islamic Golden Age of proselytization and empire-building has touched this remote part of the world. The Berbers, aggressive cavalrymen of Sahara, spearheaded the military activity of Islam in these regions. Fortunately, nowadays the Berbers are some of the friendliest in the world and this exotic country attracts tourists looking for adventure. Whether you’re interested in Tunisia from the countless outdoor activities to the ancient and cosmopolitan cities, this African nation has it all. A good idea after reading this post  is beginning your Tunisia adventure with Monarch as they are specialists in travel there. 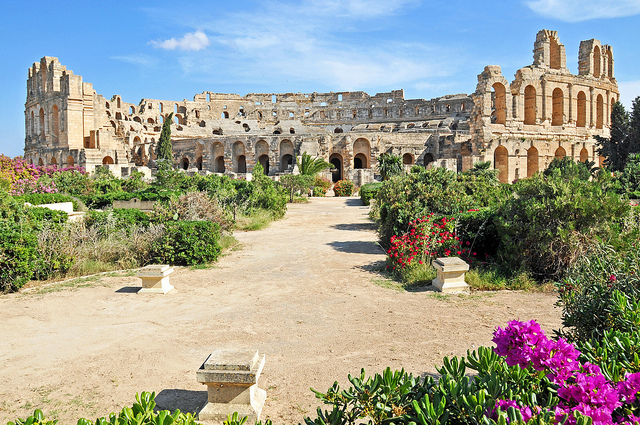 The Ruins of Carthage are one of the top tourist attractions in Tunisia that caters to the fascination of historical epic lovers. It was once the capitol of Phoenician civilization that dominated the Mediterranean region and was later claimed by the Roman Empire. Here one can see remains of a bustling colonial beacon. The Ruins of Carthage contains old Roman palaces, derelict theatres, as well as ports and baths situated within the garden city.

Nothing spells adventure better than in one word – Sahara. Going for a safari in the vast desert is an true adventure. Typical Berber lifestyle involves horseback riding and dwelling in tents. Fortunately, travellers can experience the exact same thing while visiting remote villages such as Chenini, Ghomrassen and Douirat.

Hammamet is a picturesque fishing town and a perfect coastal retreat for eco tourists and nature lovers. If one does not opt to cruise the sea waters and enjoy the southern Mediterranean, one can walk around the ancient streets and take in all the sights, sounds and taste of a true Tunisian city.

This town received its namesake from a legendary Sufi cleric who made himself reputable in the mercantile settlement. Sidi Bou Said is comprised of buildings that bear a close resemblance to Andalusian architecture. White-washed buildings well maintained and sport cobolt blue doors and windows. In this area, one can find the Souk Madina, a popular market complex that showcased authentic Tunisian goods, many of which worthy of being a souvenir. Sidi Bou Said is definitely one of the top tourist attractions in Tunisia for keen shoppers.

The Bardo Museum keeps the nation’s historical and cultural keepsakes in an organized manner. For tourists who want to explore more about Tunisia’s past, this establishment is definitely the best place to go. Curiously, the Bardo Museum was once the residence of the Bey (Berber king). After independence, the palace was changed to the current museum.

We hope these tips and ideas for things to do in Tunisia will help spur some inspiration to visit this amazing country!