Take a quick look at anyone’s bucket list and you’ll probably find “go on a cruise” listed there. While most people think of cruises as an ocean trip, there are several benefits to opting for a river cruise instead. River cruises, like ocean cruises offer sight-seeing all across the globe. If you’ve never considered taking a river cruises maybe some of these reasons will persuade you. 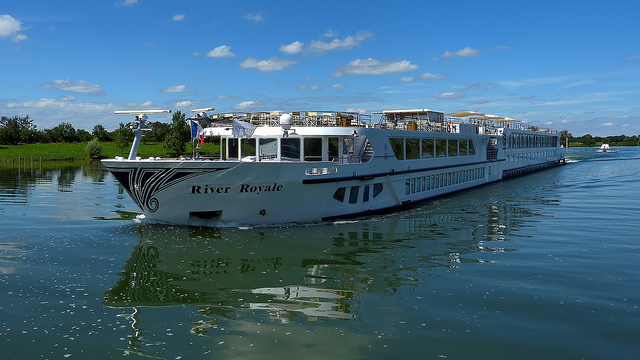 Anyone who has been on a standard ocean cruise knows how packed they can get – sometimes thousands of people can be aboard one ship. For that reason, people who prefer smaller crowds (or claustrophobics generally) would prefer a river cruise. Even the largest one will only have 300 people on board, most fit 150 or less. Benefits to this are numerous, since the lines for food, drinks and entertainment will be much shorter on a river cruise. Because a smaller group allows more intimacy, you can get to know people better and even mingle with the staff (a plus if they can hook you up with some discounts or insider tips.)

2. More bang for your buck

On an ocean cruise, non-drinkers get a great deal, since meals are often included. If you’re a drinker however, this is where the extra expenses come in. Not so with river cruises. On a river cruise, those fun (and sometimes necessary) little extras are often included, so there is no fear of racking up a 4 digit bar tab. Many ocean cruises also tack on gratuity, but tips are voluntary on river cruises and you can choose to tip as you see fit. Even when drinks and other extras aren’t included on some river cruises, the costs are listed up-front, so you won’t be stuck with any surprise charges after the trip. This can also help you budget better before your trip.

Every river tells a story, thus many river cruises provide interesting, historical lectures about the regions along a river. River cruises also offer more high-brow entertainment like live classical music, wine and food tastings, and folklore presentations and performances. This brand of entertainment is more low-key than the typical karaoke, dancing and casino entertainment available on ocean cruises, so you feel relaxed while also stimulating your mind and having fun with your friends. Additionally, river cruises feature stops in big cities and small towns, so you’ll have more cool and often overlooked places to scope out. This is a big plus, since you’ll get a chance to walk along the streets, sample the local cuisine, and witness the sights and sounds of the region.

Many of the rooms available on a river cruises are just as big as the nicer ones on ocean cruises, or even bigger. They also provide more comfortable amenities than would be available on an ocean cruise. The smaller crowd and fewer number of rooms also means that almost everyone will get a room with a great view (instead of a window that stares out at a ship porthole.) Balcony rooms are also available on most river cruise ships, and the decor is nicer than some of the dark, compact rooms on a cruise ship.

The fact that tipping on river cruises is not mandatory and not attached to your bill means that the staff will be more attentive and friendlier. Having fewer people around doesn’t hurt, so you know the staff will be less overworked and much more polite, helpful, and willing to do their best to help you or give you the best service they can.

There you have it, five reasons why river cruises are better than ocean cruises. In summer time, one fabulous choice is opting for relaxing French river cruises which meander around the many beautiful scenic waterways within the country.

Photo of the Week: The Eiffel Tower at Night
The Best Places to swim with Dolphins in Florida!
Top five tips: How to live the life of Riley on a budget!