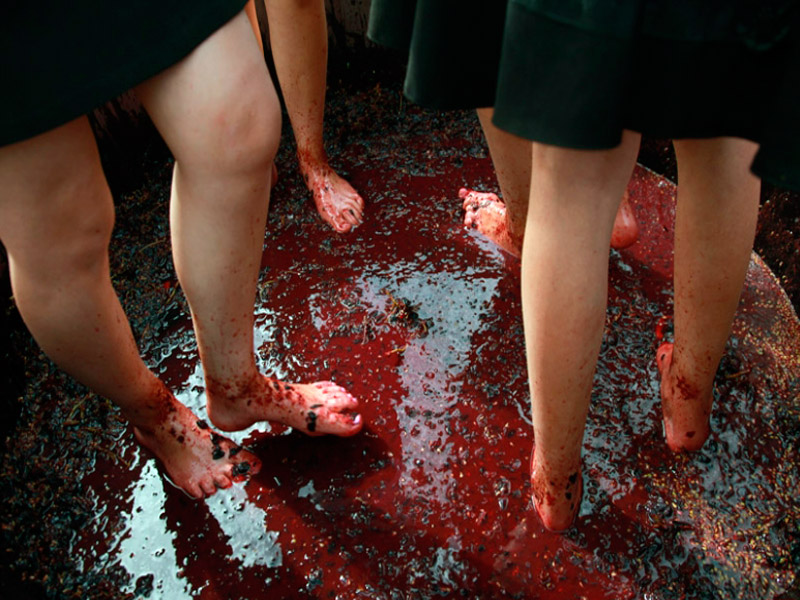 Many people know that Armenia produces good wines and excellent brandy, however not many know that exactly here on Armenian lands the winemaking started for the first time. That are not just words, there is an evidence to this fact which passed trough thousand of years.

In this article we’d like to tell you lots of curious facts about the various wine traditions in Armenia: 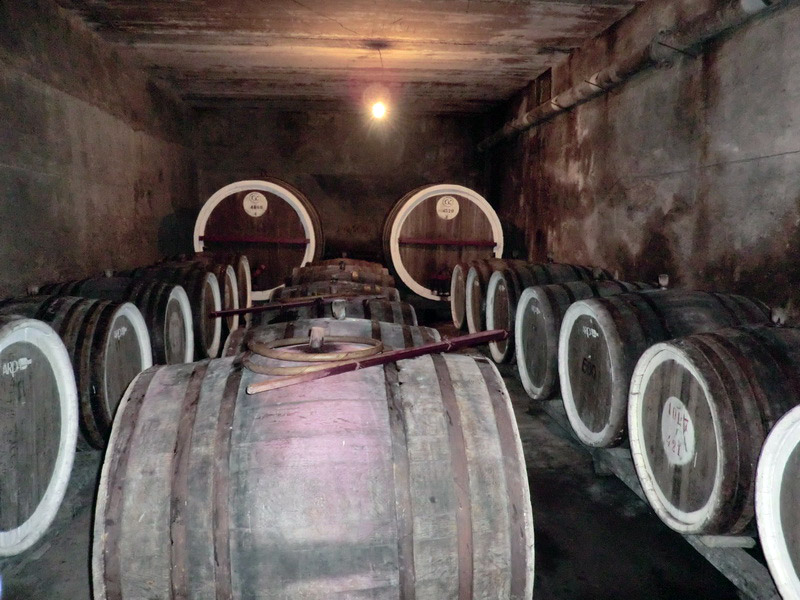 In 4000 BC the inhabitants of Armenian ancient settlement start practicing winemaking and left a valuable gift for their ancestors. Some years ago in the course of archaeological excavations and numerous studies conducted on the territory of Armenia, particularly in the caves near Areni village, the ancient samples of the winemaking equipment as well as the remains of grape seeds were found by scientists. That was a living proof that the winemaking originated on these lands.

There is also the legend according to which when Hoah left the ark and descended to Ararat Valley, he planted the first vine and then made the first wine.

Armenians honor and keep their winemaking traditions which have preserved from the ancient times and have been passed from generation to generation. 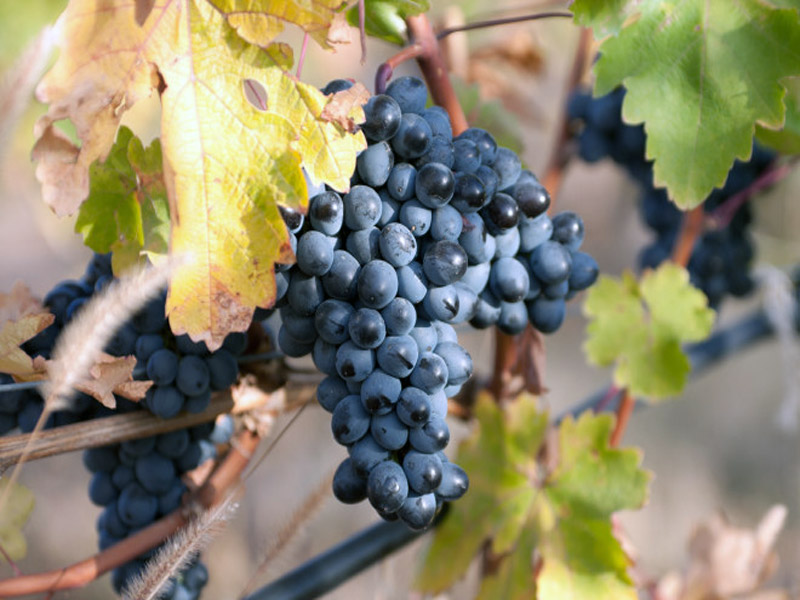 The most popular Armenian wine is produced from Areni grape sort. It has a refined and rich taste. However, modern wineries successfully grow and produce wine from Cabernet, Pinot Noir, Rkatsiteli, Aligote, Chardonnay, Saperavi grape sorts.

The wines from Areni grapes are produced in the well-known Areni winery located in Areni village. The winery is quite small and is more like a villa. All tourists have an opportunity to have an excursion around the factory, watch the process of winemaking, learn interesting traditions and even taste the unique wines made of an apricot, blackberry, raspberry and peach.

In Yerevan is located the famous wine factory “Noah” which is the best representative and producer of Armenian brandy in the world. The factory was built on the territory of an old fortress belonging to the VI-th century. The fortress has an old cellar with several levels where are stored barrels of wine and brandy. Taking the guided tour around the factory you will have an opportunity to explore the tunnels and cellars, feel the aroma of oak barrels, and of course taste the best specimens of brandy and the best sorts of wine.

In the north of the country, there is another wine center, Ijevan region, where due to the unique climate are growing rare grape varieties – Rkatsiteli, Pinot Noir, Aligote, Cabernet, etc. Ijevan wines can be tasted in the main wine factory «Ijevan». These wines are quite popular in the country. 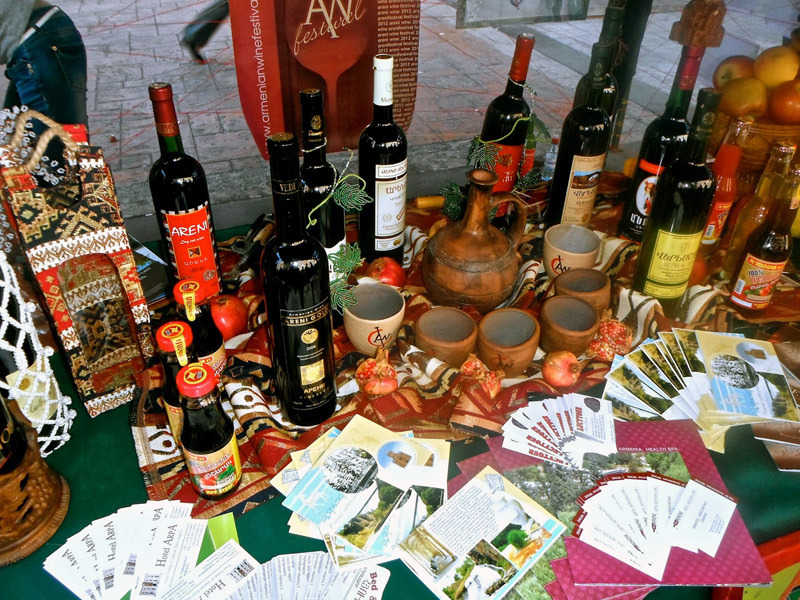 The winemaking is such an important part of the national culture that Armenians dedicated a special feast to it. The wine festival takes place not far from Areni caves (where was found the oldest winery). It is celebrated each year with great enthusiasm and panache. This is one of the fetes which attracts large number of tourists. You can go to Areni by taxi or by public transport, but if you like to travel with comfort, rent a car in Yerevan, and choose your own itineraries

The wine festival is held in early October. At that time the weather is sunny and warm, and nothing prevents a holiday. In the village, reigns the festive atmosphere everywhere plays festal Armenian music and participants take part in dances.

The most interesting part of the festival is the crush of the harvest in the traditional way. If you have a chance you will be able to become one of the participants and get unforgettable impressions and emotions from the process. During the festival operates the fair of winemakers and there are beautifully decorated tables with treats where you can taste the best Armenian wines.

As it is known Armenia borders with Georgia – the other country of the South Caucasus that has become known for uniqe winemaking traditions and is sometimes called «the cradle of winemaking». We advise all those who love fine wines and are interested in ancient and unusual traditions of winemaking to visit these two countries and take part in a wine tour to Georgia and Armenia.

The Best Vacations For Singles Who Want To Meet Someone
How to Influence People Through Travel Blogging
Dominican Republic Travel Tips: What You Need to Know Before You Go