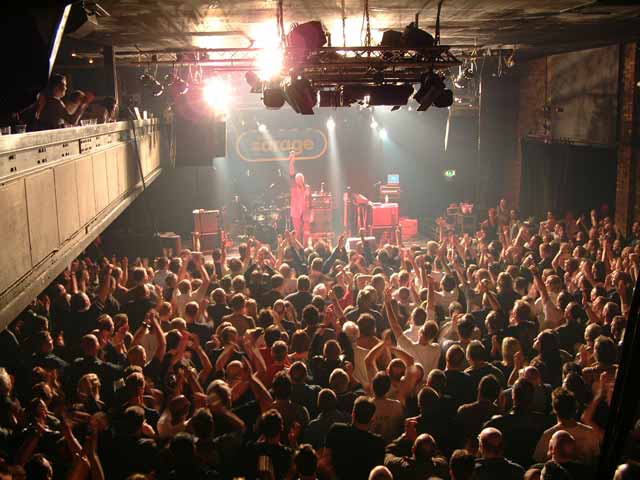 You know how it is – you’re swept into a new city like Glasgow to study, only to be taken aback by the sheer scope of things to do and the entertainment on offer. And, while it’s important to set out a study plan and stick to it, sometimes you’ll want to simply let off some steam and find cool places to hang out in Scotland’s largest city.

Once you’ve found the perfect place to stay (and there are also flats to rent in Paisley if you fancy a quieter lifestyle and short bus journey into Glasgow), the only real question will be, where can you go to have some fun?

Chances are, you won’t want to be stuck in some aged bar, soaking up beers with ragged pensioners. No, you’ll want to find the hippest hangouts in Glasgow. And, you’re in luck, because this area is teeming with student friendly bars, nightclubs and gig venues for you to enjoy.

So, shut those books, put away your notepad and paint the town red with some of these fantastic student areas in Glasgow, Scotland.

The heart of the student experience, Glasgow University Union is inevitably where you’ll end up if you’re after a night of cheap drinks and unadulterated fun. With a ton of nights out that range from comedy evenings to foam parties, the Union is a fantastic place to meet like-minded students and let your hair down after a day of intense studying.

Situated on the party-centric location of Sauchiehall Street, The Garage is a nightclub packed to the rafters with fun events and a variety of different musical styles to dance to in its many different rooms.

Past events at the club have included a beach party with real sand installed onto the dance floor, a casino night and a huge array of gigs. So, get down to The Garage on any day of the week and you’ll be treated to a wild and unpredictable evening to remember.

An infamous stand-up comedy venue, The Stand houses some of the finest comedy acts in what is a small but electric venue.

If you’re up for a laugh, then The Stand will be more than happy to oblige, having previously played host to comedians from the visceral Jerry Sadowitz to the hilarious ramblings of Stewart Lee.

It’s guaranteed to offer an entertaining night, with acts old and new performing side by side to give an always varied evening no matter when you attend.

For the student looking to waylay a wild evening in favour of a touch of class, the Oran Mor is a stunning refurbished church in Glasgow that offers two restaurants, a bar, a nightclub and a gig venue packed with a varied array of live acts.

Really, you barely even have to go there to drink or dine – it’s enough to just sit back and soak up the atmosphere of this architectural beauty.

So, pull up a chair in the Oran Mor, stare up at the ceiling to see a fantastic mural by artist and writer Alasdair Gray, and you’ll feel relaxed enough to get back to studying. Well, after a few more drinks…