The UK may not be the first place in the world you think of when it comes to beaches, but you may be surprised at some of the fantastic sandy havens scattered around the country. Here’s a list of some of the top beaches around the UK that you may or may not have heard of…

Luskentyre has often been voted Britain’s best beach, so it seems appropriate to start there. It has glorious white sands and crystal clear waters, something which you’d be more used to seeing in the Caribbean. It’s a little out of the way in the far flung corners of Scotland, but well worth a visit if you’re in the area. 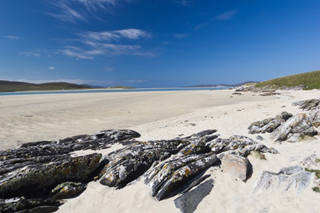 Rhossili Bay is a beautiful stretch of beach in South Wales, and is in an area designated as the first Area of Outstanding Natural Beauty in the UK. It looks like a fairly thin strip of beach, but at low tide it really opens out and is an incredibly impressive sight.

St Ives allegedly has the mildest climate in the UK, which makes it the perfect location for this award-winning Blue Flag beach. You could be forgiven for thinking you were halfway around the world thanks to its translucent waters and swaying palm trees. 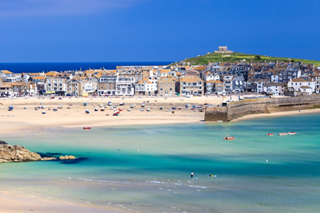 Scotland really does have some amazing beaches. Camusdarach features in the film Local Hero and is home to some amazing views, glistening sands and clear water that isn’t as cold as you might think.

Located on the north coast of Cornwall, Fistral Beach isn’t the longest by any means, but it’s become known for one thing in particular – surfing. It has consistent waves, making it perfect for surfing and even hosts major international surfing competitions. 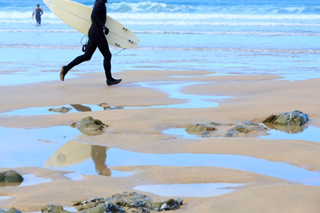 Another Scottish gem. Nairn Beach has a number of fantastic walks in the area and has some amazing views across the Moray Firth to the Black isles. You may well also spot some of its resident dolphins that have decided to make it their home.

Slapton Sands is not a sandy beach, made up of small pebbles instead, but it’s still well worth a place on this list. The beach was the location of the ill-fated Exercise Tiger in World War II and a Sherman tank now sits there in memorial. One for the history buffs as well as those who enjoy a picturesque walk and idyllic views. 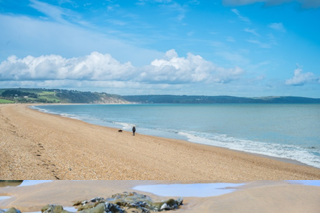 Another beach that looks like it could be somewhere in the Mediterranean. The golden sands and bright blue waters are an absolute dream, and it’s a great place to take the kids for a family day out, with plenty of trails and places to run around. The water is notoriously pretty cold, though, so brace yourself if you’re going for a dip.

For even more of the best beaches in the UK, you can check out the Daily Mail’s list, whilst if you fancy checking out some of them for yourself then you can find some great deals on UK breaks from UK Breakaways. Why bother going abroad with amazing beaches right here in the UK?

Get Your Kicks in Britain. No, Really!
Why Scotland Is the Best Country in the World
Taking a Trip Around Historic Britain