This summer’s World Cup promises to be unlike any seen before. In many ways, football is returning to its spiritual home, to a land which has blessed us with the likes of Pele, Romario and Ronaldinho. From Rio de Janeiro to Sao Paolo and many other Brazilian cities in between, the excitement is electric.

Yet all is not well with FIFA’s showpiece event. Construction workers have lost their lives as Brazil rushes to finish its stadia in time for the tournament. Across the nation, millions of Brazilians have protested against the soaring cost of the tournament, arguing that the billions spent should have been used to improve the countries basic infrastructure.

Despite the unrest and construction delays, FIFA and Brazilian authorities have stated the show will go meaning, come June, 32 of the best teams in the world will descend on the South American nation. 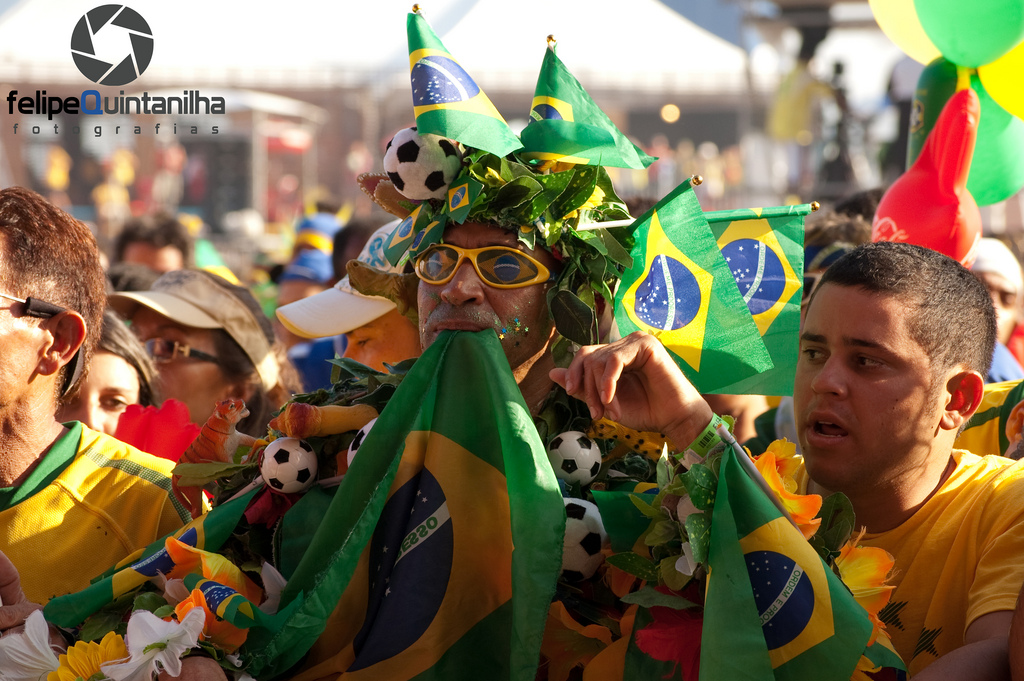 The hosts are currently the bookies favourite to lift the trophy with Argentina, Germany and Spain providing close competition. Belgium, France, Italy and Uruguay are also in the running .Expectations are exceedingly high on the host nation. And for good reason. The five-time world champions head into the tournament with not just typical Brazilian attacking flair but with a talented, well balanced side that has world class players competing for places. Thiago Silva is one of the most sought after defenders in world, whilst the likes of Ramires and Fernandinho have constantly excelled as box to box midfielders in the Premier League this season. Further forward, Oscar and Hulk look to be the perfect companions to Neymar who, with a good tournament, could cement his name in Brazilian folklore.

Whilst the likes of Messi, Ronaldo and Suarez are set to steal the show on the pitch, the real star of the show will be the beauty of Brazil and the warmth of its people who, despite their valid complaints regarding the tournament’s cost, will welcome the world to Brazil. If Neymar & Co play to their potential, a party atmosphere will really erupt. The music and dancing will go on to the small hours and Brazil’s colourful culture will capture the imagination of the watching world.

Brazil is unique as it is vast. From Manaus in the Amazon rainforest to the beaches of Rio, Brazil is a vibrant, diverse and exotic location. This is mirrored in its national football team’s entertaining style of play. The Brazilian team is a symbol of the country, a symbol of how differing cultures can unite to build an internationally successful team whilst at the same time showcasing the flamboyant nature of Brazilian culture. It’s more than just a sports team- it unites a nation of 200m people.

This unity sees rival fans during the domestic season come together to create an atmosphere unlike anywhere else in world football. Brazil’s most passionate fans, the Torcida, match the national team’s flair and passion from the stands with a wall of noise and colour.

For the tournament to be a success, Brazil will have to progress into the latter stages of the tournament. And whilst it’s hard to justify spending billions on stadiums instead of health care, education and basic infrastructure, this tournament promises to be a unique spectacle.

Where oh Where Could Atlantis Really Be?
Three Things to Do In Dubai off the Beaten Track
Why I Love Medellin, Colombia!