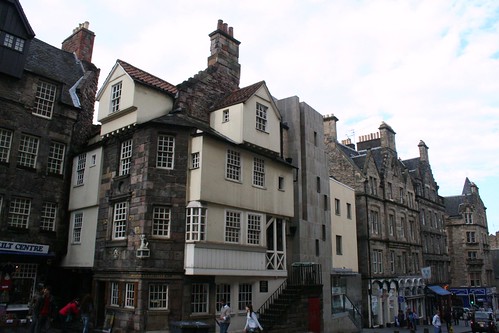 Edinburgh, Scotland is one of those cities that look straight out of book (it was designated as Unesco’s first City of Literature) and the one that comes to mind for me is, Harry Potter.  It is famous for it’s beautiful stout architecture that blends both ancient and modern as well as its seamless integration into the surrounding nature.

Being Britain’s second most visited city after London, you can be rest assured that there are some great museums, historic sights (like the impressive Edinburgh Castle in the center of town), dining, nightlife and shopping. What is nice about Edinburgh is that it is an easily walkable city as well, with the center being easily traversed in less than half an hour if your power walking.  Now that winter is over and Spring is upon us (this year was a joke anyways)((I live in Miami so I can’t really confirm that, but that’s what my northern brethren say at least)), it is the perfect time of year to visit the city.  You can still find some good deals for flights to Edinburgh before they get jacked up for summer so act fast!