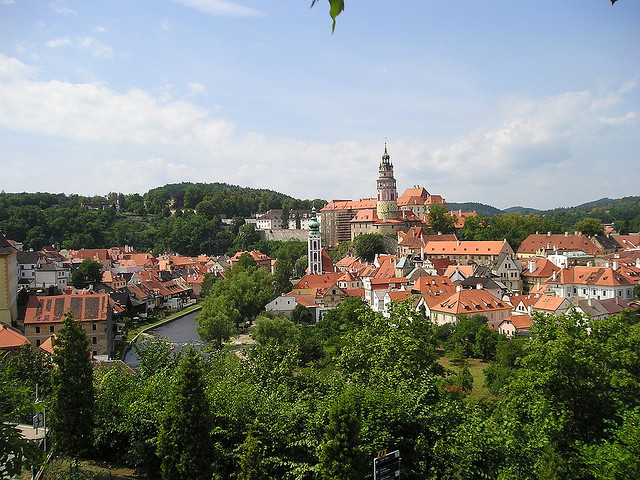 The top tourist attractions in the Czech Republic are numerous. Nightlife is one of the popular lures that travellers find very hard to resist. Its low-budget costs are coupled with a wide array of establishments that offer unadulterated fun for party animals. As far as nightlife is concerned there is never a shortage of options in terms of quality (fun factor) and quantity (financial).

Another good motivation for visiting the Czech Republic is its broad availability of activities for patrons of outdoor adventures. The Czech Republic boasts itself of its impressive geography. Nature has even endowed it with a venerated vineyard industry. There are several places to visit in Czech Republic that makes vacation memorable from pristine wilderness to bustling cities.

Prague is one of the top tourist attractions in the Czech Republic and a popular destination for those who seek the best of what modern civilization has in store for its visitors. This metropolis is also called the City of Hundred Spires due to its towering historic buildings. Prague is the capital city of the Czech Republic and despite being recognized as a nightlife hub for travellers, it is still teeming with many old buildings that date back even as far as medieval times.

One of the most popular old structures is the Prague Astronomical Clock installed in 1410, being the third oldest astronomical clock in the world. With the presence of highly cultural urban landmarks, modernization and tradition seems to constantly battle for the soul of this great city. Prague is also a popular stop on one of the fantastic river cruise holidays that often stop on their routes down or up the Danube.

Karlovy Vary has the most attractive hot springs in the country, making it a popular destination for curious travellers for centuries. This city has a few interesting venues that tourists can visit as well. The Moser Glass Museum and Glassworks displays an impressive collection of delicate masterpieces.

Another interesting site is the Diana Lookout Tower, a public citadel that provides a panoramic view of the town. This tower stands at about 115 feet high, offering unabated views of the cityscape below.

Cesky Krumlov is an impressive walled city dating back as early as the 14th Century. It is one of the UNESCO World Heritage Sites that feature some of the quirkiest and even out-of-this world landmarks. The Wax Museum is a quite an eerie place and it houses a lot of life-like human replicas including the famous local icon, Bohemian Emperor Rudolf II to the very popular rock musician, Mick Jagger.

If one likes to take fear factor to a whole new level, a visit to the Museum of Torture should be in order. Visitors with sadist streaks can witness an extensive display of mankind’s cruelty to one another (thank god most of these practices are extinct!).

Plzen houses one of the top tourist attractions in the Czech Republic – The Historical Underground Labyrinth. This underground tunnel complex was once used as the city’s intricate flowing water system during the 16th Century.

The History of Madison Square Garden
2 Days in Brussels - The Capital of Europe!
Best nightlife spots in Ireland