The top things to do in Venice are no secret to the masses. It’s only one of the most sought after tourist spots in the world. This is a given though considering the grandeur and history this place carries with it. A city connected by a series of bridges and separated from canals, Venice had long been renowned for its architecture, artwork and its very essence. It is among the worlds most celebrated World Heritage Sites and today stands as a symbol of greatness and romanticism through the ages. It is known for many names – The Floating City, the City of Bridges, the City of Masks – but its history remains the same. And with all of the attractions it has collected over its years, it now is more celebrated as one of Europe’s most romantic cities. Venice even made it onto this cool interactive page Expedia.co.uk created with the most romantic places for Valentine’s Day, http://expediablog.co.uk/valentinesdayhotels/valentinesdestinations.html. 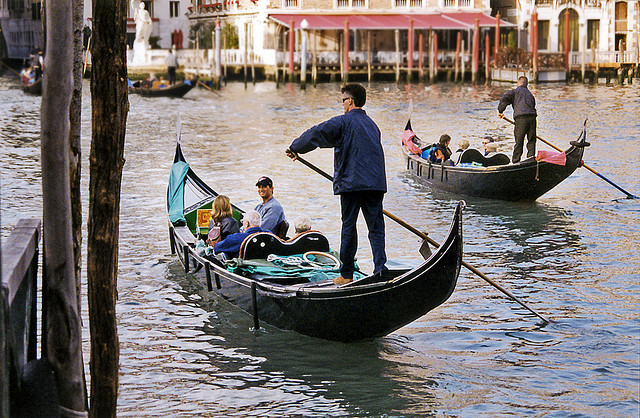 With this in mind, it’s not uncommon to witness people popping the big question all over Venice. You can see it everywhere in this city. Of course, there are some ideal spots to see it happen or even do it yourself! You could take a gondola ride around the Grand Canal and then see people pop up the question under the Bridge of Sighs since it is believed to provide luck to lovers as well as eternal bliss. Or you could see it in the middle of Piazza San Marco, the principal public square of the city. If you’re willing to spend, you could contract some of the performers in this area to help you out. But if you wish for something more private and personal, you could reserve a table in Caffe Florian – one of he oldest coffee houses in the city – and have your proposal accompanied by music and delicious fares.

If you’re not with any significant others, you can still look forward to enjoying this region since one of the top things to do in Venice is also sight-see. Some of the famous points of interest of this town have been mentioned above. But, it would also be worthwhile for you to seek out Saint Mark’s Basilica and Doge’s Palace. Saint Mark is an 18th century religious structure that exhibits Byzantine aesthetics and is actually one of the most stunning examples of it. It is adjacent and connected to Doge’s Palace, which was the residence of the Doge of Venice and built in Venetian Gothic style. Today, it is one of the landmarks of the republic and visited by 1,358,186 people yearly. Of course, it would be in your best interest to check out other highlights like the Rialto Bridge, the Accademia, the Peggy Guggenheim Museum, Ca’ d’Oro, and Museo Correr, just to name a few.

If you’re feeling a little adventurous, you could do some island hopping since Venice is made up of 118 small islands. You could also shop at Atelier Marega for the staple hand-made mask and costume, or Frances Model for locally made Italian bags. Of course, big Italian brand shops are also found in this metropolis. Sdoworry!about getting your hands on Versace, Gucci, Armani and Vuitton products.