Italy is one of the best destinations to visit in Europe because, unlike some of it’s neighbors, Italy boasts several fun and exciting cities rather than just a couple. Many travelers choose to spend a whole summer touring the boot-shaped country and here you have a few suggestions of something exciting, crazy and not always in the tourist guide to do in four of the best cities.

If visiting Italy, you will almost certainly be paying a visit to the capital. So why not start with something crazy to do in Rome first?

Everybody knows of the infamous Roman traffic so why not see if you can master it yourself by renting a scooter for a few hours. It’s a waste of a good city if you travel around by the Metro where you’ll see nothing but the city’s underground, so instead zip past the Colosseum and the city’s other architectural wonders on a scooter. 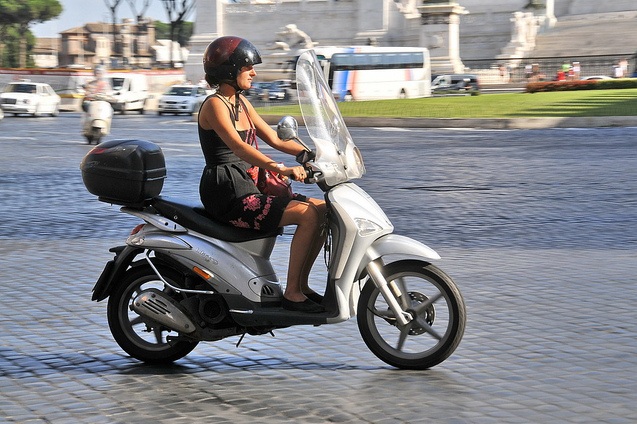 The traffic is dangerous, but the feeling of speeding through an traffic jam on two wheels is surprisingly liberating. If you’ve never ridden a scooter before, then don’t worry – a tour on the back of an experienced rider’s bike is easy to arrange too!

And when staying in Rome, be sure to consider staying in an apartment for a cheaper trip in the expensive capital. Oh-Rome provide self-catering apartments in Rome city center and across the capital for a comfortable and cheaper stay than a hotel.

If you’re heading to the Floating City, be a little brave and try some delicious seafood that you never knew existed.

A whole variety of rare sea food call the waters around Venice home, well … at least until they are head to one of Venice’s top seafood restaurants. Show some courage and try some spider crab (granseola) or some sea snails (garusoli) or if you’re stomach’s really not up to it, you can’t go wrong with some pizza.

If you feel you can handle it – and if you can get a ticket – try to catch the derby match in Milan between AC Milan and Internazionale.

This, the Derby della Madonnina, is regarded as one of the most exciting, passionate and bad-tempered derby matches in the world of football. The Italian ‘Ultras’ of both sides are hugely passionate any time their team plays, but when these two play against each other, the atmosphere gets even more intense!

AC Milan and Internazionale share the same Milan stadium, the San Siro, and that makes this derby unique in that the two teams involved don’t just play in the same city, but they even play on the same patch of grass. If in the city on the weekend of a derby match, try your hardest to get a ticket as you’ll remember the fiery encounter forever. 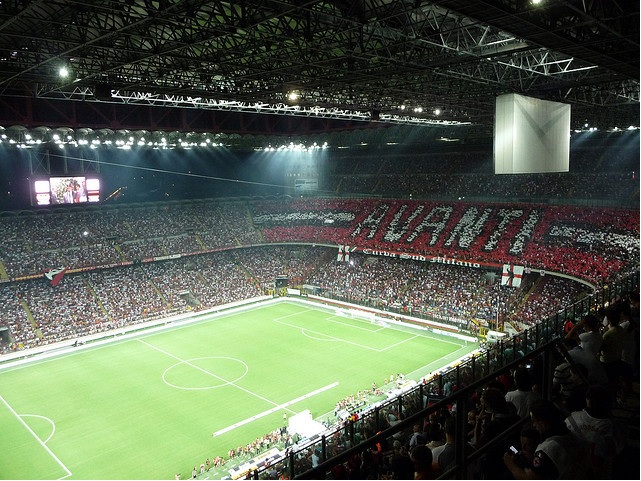 And if there is no derby when visiting Milan, at least pay a visit to the San Siro Museum to learn a little more about the history between these two prestigious teams.

Although not exactly  in the city centre,Mount Vesuvius, the volcano which famously erupted in 79AD, is definitely worth the €15 to visit.

By checking out the mighty – and thankfully dormant – volcano you will feel the full power and might of Mother Nature. It’s last minor eruption came in the 1950´s so it is very safe to check out and must surely be on the to-do list for any trip to Italy.

Easy January Getaways from The UK!
How to do Rome like a local
5 Places To Find Luxury Boltholes